The History Of The Berliner Dom In 1 Minute 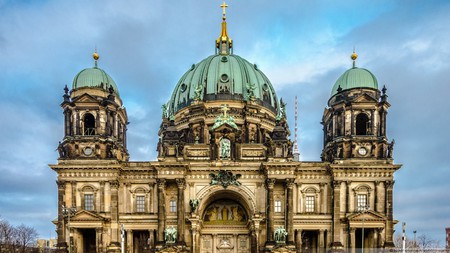 The Berliner Dom, like many iconic houses of faith, have transcended boundaries in their meaning. The devout along with the purely aesthetic-driven flock to witness the beauty that is the Berliner Dom, or Berlin Cathedral, the supreme parish and collegiate church in the Hauptstadt.

Located in the heart of the city on Museum Island in Mitte, with other iconic monuments just a stone’s throw away, the Berliner Dom has become an integral part of the quintessential fabric of Berlin’s visual anatomy. A few architectural manifestations sum up Berlin, and the Berliner Dom is one of them.

As an evangelical church, it’s the parish church of the congregation Gemeinde der Oberpfarr- und Domkirche zu Berlin, which is a part of the Evangelical Church of Berlin-Brandenburg-Silesian Upper Lusatia. The interesting thing about the Berliner Dom is that it’s never actually been a church in the traditional sense of the word. 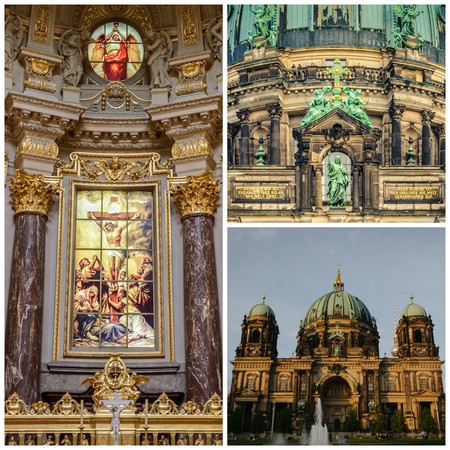 Its roots date back to the middle of the 14th century, when Frederick II ‘Irontooth’ of Brandenburg moved his residence to what today is Museum Island and along with him, he brought a chapel. After his trip to Rome, he had the church take it up a notch by dubbing it a parish church. He ordered a bishop to consecrate it as Erasmus of Formiae, and eventually into a canon-law college. The word Domstift translates into cathedral college.

Over the years, and across the span of many leaders, the church received various face lifts and name changes depending on the operating faith of the ruler. From Calvinists to Lutherans, the Berliner Dom has bore it all. During WWII, it suffered severe damage and even lost a roof during the Allied bombings. It fell under the authorities of East Germany in a divided Berlin, where reconstruction began in 1975. Little by little, it has taken the celestial formation that is admired today, being ‘finished’ in 1993. There is talk of other restorations, but funding is tight.