The History of the Berlin Zoological Garden in One Minute 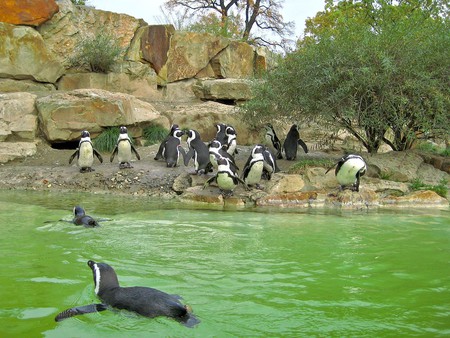 The Berlin Zoological Garden is the oldest and largest zoo in Germany. With roots that date back to the mid-19th century, this sprawling oasis features over 20,000 animals on its 86.5-acre (35ha) ecosystem.

This was Germany’s first zoo, inaugurated on 1 August 1844, made possible by the King of Prussia at the time, Frederick William IV. His animal donations from his own menagerie were the catalyst for the future zoo that would one day come to hold over 1,000 species. There’s also an aquarium at the zoo that was opened in 1913. The zoo operated successfully for many years, but, like much of Berlin when the Nazi regime grew in Germany, many aspects began to change. Jewish stakeholders and board members were forcibly removed from their positions in a move to ‘Aryanise’ every aspect of Germany. During the war, the zoo was largely destroyed by Allied bombings, and only a fraction of the animals remained intact: a mere 91 of more than 3,000 animals survived the devastation of WWII.

Nevertheless, in accordance with the triumphant and tenacious spirit of Berlin, the zoo was able to build something better out of its own tragedy. It used the destruction the war left behind to rebuild a zoo that would be even larger and more modern than before. Innovation was born out of devastation. The zoo that emerged from the chaos is vastly more progressive and mirrors the real habitats of the animals. In this way, it has surpassed the boundaries of a traditional zoo and has become a complete experience.

Some of the most notable animals to ever call the Berlin Zoo their home are: Knut, the polar bear that developed an endearing affinity for its zookeepers, and Bao Bao, a sizeable panda who lived to the old age of 34. Thankfully, Meng Meng and Jiao Qing arrived in 2017 as the new pandas in town, and even gave birth to a couple of baby pandas in 2019. As the most visited zoo in Europe, the Berlin Zoo has an impressive array of animals, from its aviary house, carnivore house and with its population of rare breeds of animals. Visiting hours vary by season.