The History Of Techno In Berlin

After the fall of the Berlin Wall, the city unified and a scene for electronic music never seen before emerged. Abandoned buildings were turned into temporary nightclubs and DJs became the stars of the hour. What is now Berlin’s primary reputation took a long time to flourish. Here is how Berlin became the undisputed capital of techno. 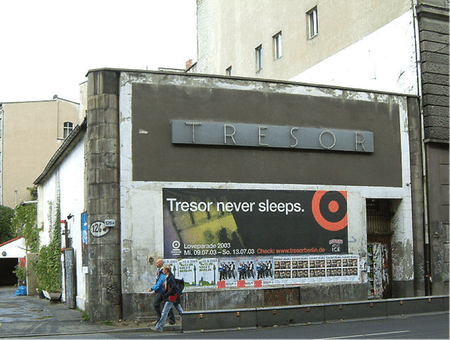 The music style ‘techno’ originated in Detroit in the mid-to-late 1980s and came to West Germany in the late 1980s. After the fall of the wall, many abandoned and ownerless buildings were taken over by young people who organized illegal parties.

A new kind of club was born through these unregulated venues with no given legal restrictions. Power plants, bunkers, hangers and underground stations became temporary clubs. The relief and freedom after the reunification was celebrated with nonstop parties and flourished through the strong gay, art and underground scenes. The kids from East Berlin were pushing a much harder electronic sound — no vocals, harder basses.

Three particular clubs — Tresor, Der Bunker and E-Werk — near the former Berlin Wall played a major role in the establishment of techno music and club culture in Berlin. Tresor started as Ufo Club and was an illegal party for more than three years. The venue of today reopened in 2007 in Mitte. Der Bunker is now closed, and E-Werk is used as a general location venue these days.

Nowadays, many of the people who started illegal parties after the fall of the wall own most of the successful Berlin techno venues. They understood how to turn their illegal activities into successful business opportunities. Knowing how to satisfy the music lovers from the early days, they built up a club scene where everybody can feel at home and be who they are. They succeeded because they knew exactly, from the early days of the emergence of electronic music, what club-goers wanted and still want.

The Love Parade was also an essential milestone for the uprising of electronic music in Berlin. It first took place in July 1989 in West Berlin with 150 people attending on the initiative of the famous Dr. Motte. It stood for ‘Friede, Freude, Eierkuchen’ (Peace, Joy, Pancakes) and grew over the years.

Trucks with heavy sound systems traveled down the broad Straße des 17. Juni in Berlin followed by thousands of dancers. People even traveled to Berlin to be part of the parade. Many mavericks showed off their exhibitionistic wild clothes and celebrated equality for gays at the parade.

The parade moved to the Ruhr region in 2007 and was finally cancelled in 2010 because of a crowd rush, which caused the death of 21 people. 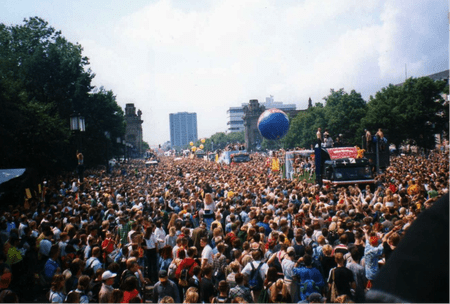 Nowadays, most of the famous clubs are located on an axis from Alexanderplatz to Revaler Straße, such as Ostgut’s follow-up club Berghain or Watergate. In the past, illegal clubs like Tresor, WMF and E-werk were located on this stretch.

Each club has its own vibe, its own people and label. For example, Berghain-goers favor darker, more raw industrial techno than Tresor-goers who go there for the Detroit techno.

These clubs are a marked contrast to other venues called ‘clubs.’ Berlin is different in this matter when it comes down to techno music. Techno clubs in Berlin do not have a closing time. What happens in the morning hours is called ‘after hour.’ You can dress any way you want — there is no dress code etiquette.

Even today, there are no comparable clubs elsewhere in the world. Clubs, which are open the whole weekend nonstop, are home to many freaky music-loving individuals who come together to celebrate life.