The History Of Hackescher Markt, Berlin, In 1 Minute 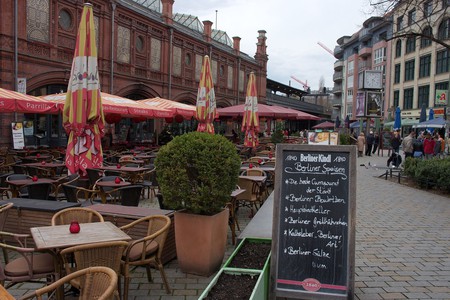 Hackescher Markt is a lovely square located in the very heart of Berlin. Like the neighborhood it takes up shop in, Hackescher Markt is an intersection for many Berliners and tourists. It’s an integral transport stop and a place to catch a weekly market for a unique shopping experience. It has been thought of as a catalyst for an evening out in the Hauptstadt as well as an idiosyncratic retail vortex. Strategically located, Hackescher Markt is as useful as it is historic.

Like many areas of Berlin, Hackescher Markt is located in an area that has undergone dramatic change over the past two centuries. Before it was a vivacious and metropolitan meeting point, it was an innocuous bog located in the north of the city’s periphery. In 1750, the Prussian king Freidrich The Great commissioned the square to be built as a part of a planned expansion of the city. In 1840 it would officially come to adopt the name Hacke, 40 years before it received access to the S-Bahn railway. 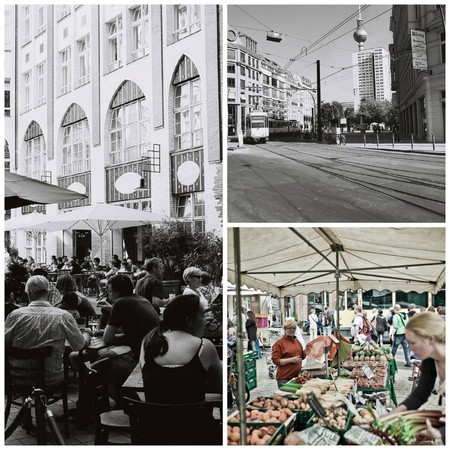 It took some time for Hackescher Markt to evolve into the culturally significant and desirable destination it is today. After some odd years of negligence, it wasn’t until after the reunification of the city that this square started getting some attention, along with the attempt to bring a togetherness and cultural imperativeness to the center of the new Berlin.

In addition to hosting many interesting stores and sought after designers, there’s the adjacent Hackesche Höfe that appeals to tourists and locals with its architectural allure. Höfe means courtyard and the Hackesche Höfe sports eight courtyards woven in an out of a series of shops, charming cafes, and retail secrets.