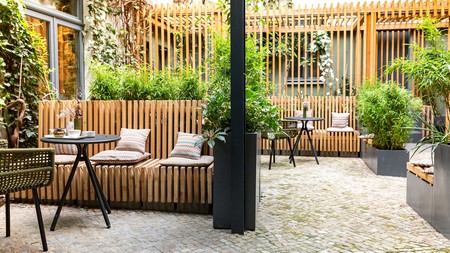 The Circus offers a friendly atmosphere and thoughtful eco-credentials | Courtesy of the Circus Hotel / Expedia.com

Like most things, Germany‘s capital makes light-touch living look effortlessly cool with its collection of eco concept stores and planet-hugging places to stay.

It may be known for techno music and WWII history, but Berlin also has more green space than any city in Europe. More than a third of its 900sqkm (350sqmi) is green rather than grey: the lawns of Tiergarten and other city parks, the willow-fringed canals and networks of lakes, all the centre of the city’s social scene on golden summer evenings. For transport, hop on a tram that runs on lawn tracks to reduce air and noise pollution to Museum Island or tootle around Kreuzberg on one of many rental bikes. There are more than 50 plant-based restaurants to choose from. After all, nothing is more Berlin than a cheap, tasty falafel wrap, eaten as you watch young arty types amble by. 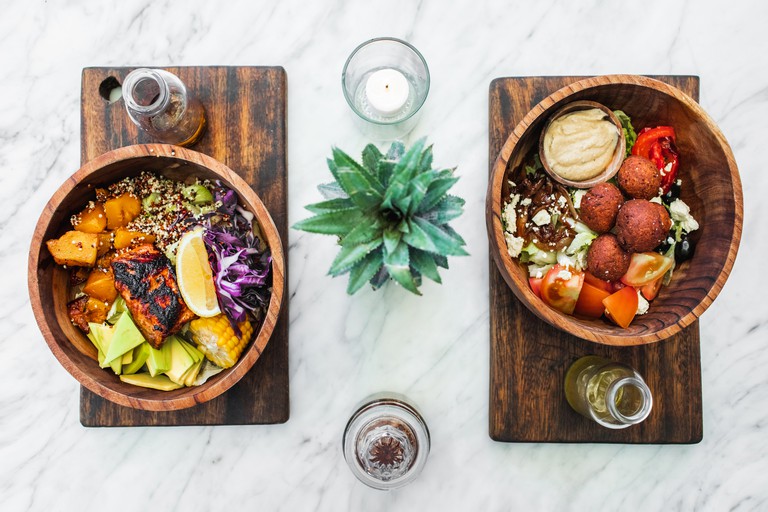 © Oleg Breslavtsev / Depositphotos.com
Well off the tourist track in the upper reaches of Prenzlauer Berg, this snug vegan cafe has the feel of a friend’s living room. Husband and wife owners Elisabetta and Bachir Niang are from Sardinia and Senegal respectively and celebrate their motherlands through tasty, home-cooked dishes such as mafé, a peanut-infused vegetable stew, or fluffy ravioli made from scratch. This spot really comes into its own on Sundays, when they serve an Afro-Italian all-you-can-eat brunch and the sofas are filled with local families. It gets very popular, so book by Thursday to bag a seat. 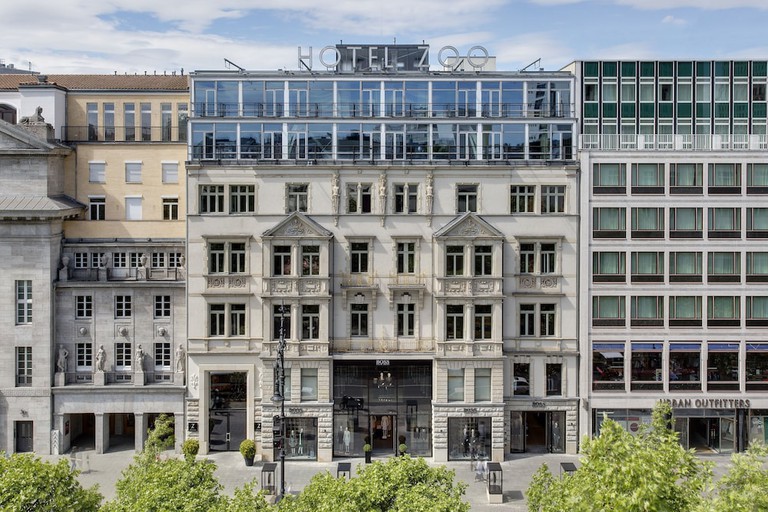 Courtesy of Hotel Zoo / Expedia.com
Check Availability
Price Drop
Now from $164 per night
Given this 19th-century Baroque mansion was once a favourite of film stars Grace Kelly, Romy Schneider and Sophia Loren and that it’s known for its decadent interiors (a 22m/72ft carpet featuring crouching leopards designed by Diane von Fürstenberg, no less), it may come as a surprise that this hotel’s eco-credentials are equally impressive. It’s the proud holder of the Green Globe Certification, an assessment of its sustainability performance, based on 44 core factors. A leafy west Berlin location on the Ku’damm, one of the city’s smartest avenues, makes this the perfect base for a luxury trip.
More info 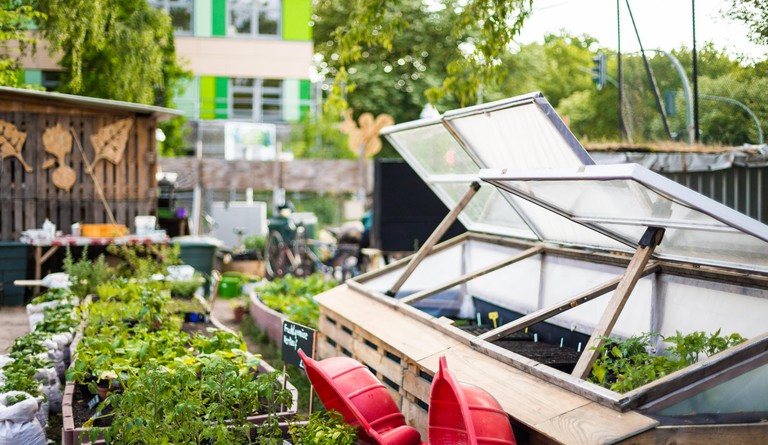 © Hannes Kutza / Alamy Stock Photo
Join students and artists for vegetarian food at the low-waste cafe at Himmelbeet, a community garden in the Wedding district. The building itself is made from sustainable materials, including wood pallets, mud and clay, and is the perfect setting to enjoy fresh cakes, stone-baked pizzas, local beers and herbal teas picked from the garden. Afterwards, stroll through more than 300 vegetable beds, where anyone from the community is welcome to enjoy the feeling of fresh air in their lungs and soil on their hands. Keep your eyes peeled for regular events, including bike mending and live music. 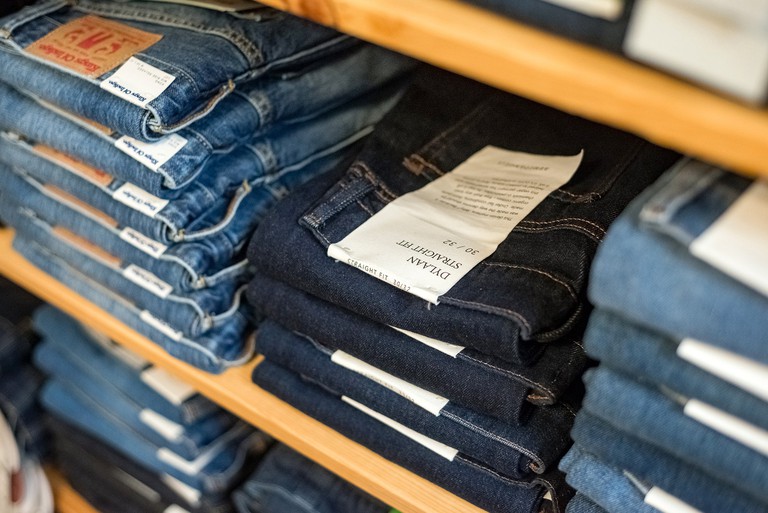 Courtesy of Supermarché
Berliners are known for their dry sense of humour, as embodied by the irony in this Kreuzberg concept store’s name. Far from being a supermarket, it does a mean line in organic streetwear, comfy basics such as underwear and fair-trade jeans. Alongside their own label, Hirschkind, they also sell a host of local eco brands including Jyoti, umiwi and Minga. Keep your eyes peeled on their events page, as they often host panel talks or work with charities to put on events such as craft markets, exclusively stocked by refugees. Pick up any item, and the staff can tell you how and where it was made – now that’s something that doesn’t happen at your local supermarket. 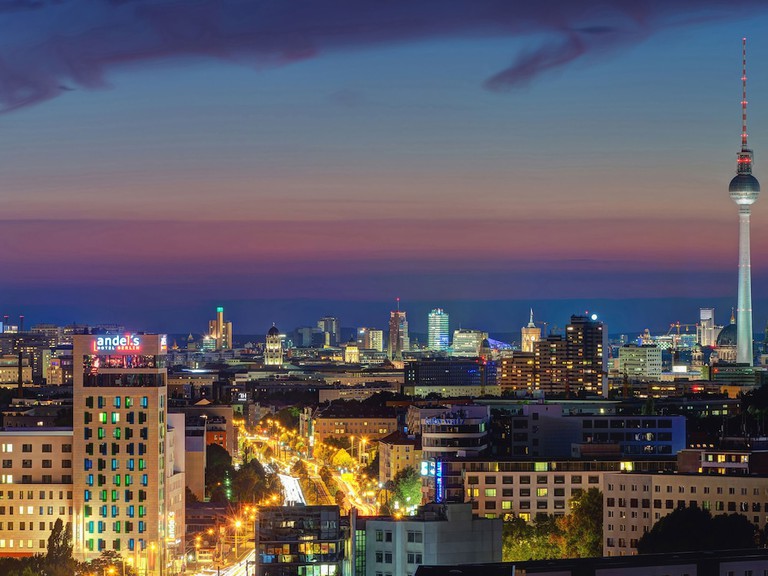 Courtesy of Vienna House Andel’s Berlin / Expedia.com
Check Availability
Price Drop
Now from $104 per night
It may not be the most centrally located hotel in Berlin, but this excellent-value spot excels in the green department. Not only is it fully powered by renewable energy and lit by LED lamps, it also sources much of the food in its Michelin-star Skykitchen restaurant from its own kitchen-garden in Berlin-Ahrensfelde. Not satisfied with this, the team racked their brains for how they could minimise food miles further still. The answer? A herb garden in the hotel. Guests and employees are encouraged to do their part by travelling around the city via public transport, tracking their points in an app, with the hotel donating some money for every point to a local campaign to plant new trees in the city.
More info 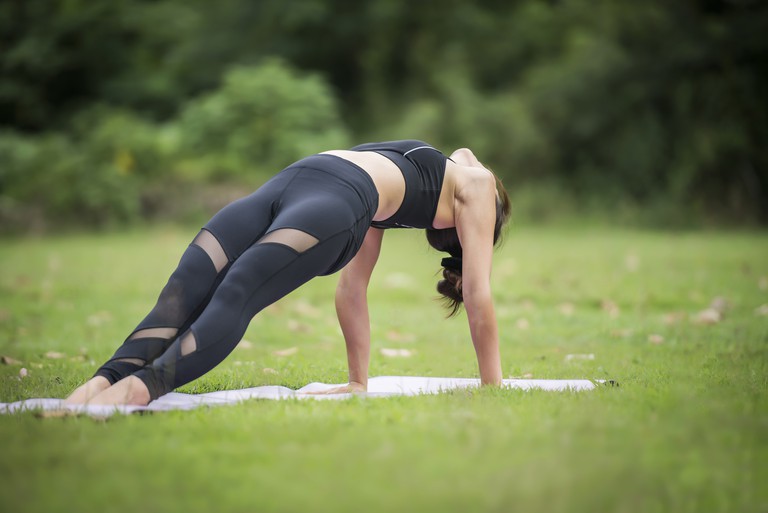 © Jcomp / Depositphotos.com
The first and only “pay-as-you-can-afford” yoga studio in Berlin, Green Yoga offers a selection of classes both in their cosy Prenzlauer Berg studio and outside in the leafy surrounds of Volkspark and Hasenheide parks. They also donate five per cent of their profits to tree-planting projects in Indian villages. As if that wasn’t enough, they recently bought their own plot of land so they can start planting their very own forest. 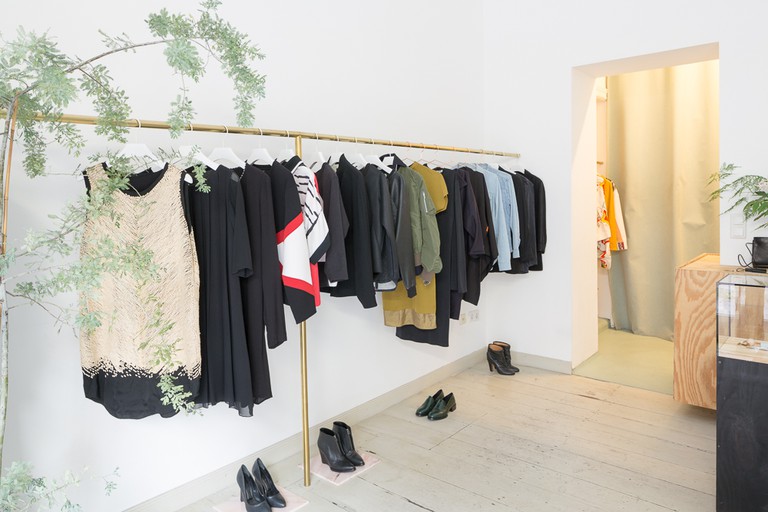 Courtesy of the Good Store
The aesthetic of young Berliners is effortlessly cool and instantly recognisable, and this is in large part due to the huge number of vintage shops in the city. While plenty of shops sell by the kilogram for thrifty fashionistas, the Good Store specialises in curated fashion from a global selection of designers. An Emilio Pucci clutch bag might sit alongside Jacquemus dresses, while their own label, GOOD, features clothes exclusively made from ethically sourced deadstock fabrics. 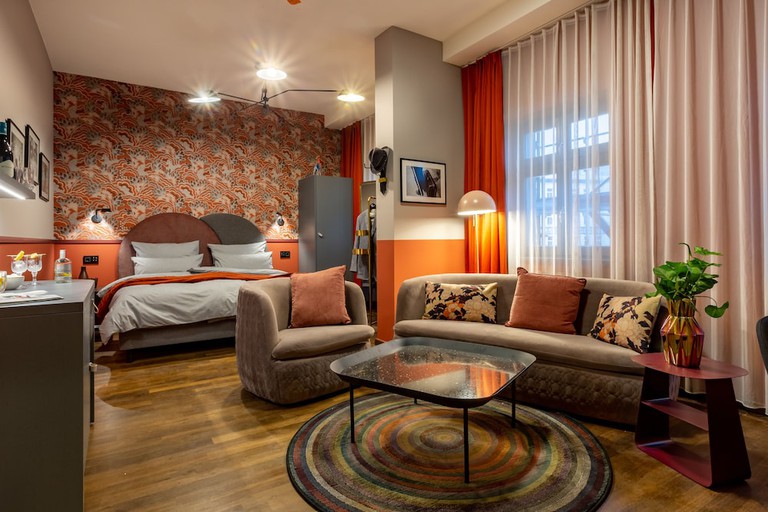 Courtesy of Circus Hotel / Expedia.com
Check Availability
Price Drop
Now from $135 per night
This vibrant hotel combines quirky touches, such as gramophones and hanging plants, with a friendly atmosphere and thoughtful eco-credentials. Cleaning products are environmentally friendly, toiletries organic and in biodegradable packaging, and the hotel runs mostly on solar power. They also have an impressive charity scheme, supporting the ZelterPate homeless centre, just around the corner, as well as charities in areas such as the Himalayas, Beirut and Belarus. You can donate either in boxes at reception or directly into the hotel’s dedicated charity bank account. After all that generosity, you deserve a drink… So head up to the honesty bar on the rooftop to mingle with other travellers and views of the city’s skyline. It’s a short walk from Museum Island, too.
More info
Give us feedback