The Future Isn't Now: Backwards 'Mute' Manages to Say Nothing at All 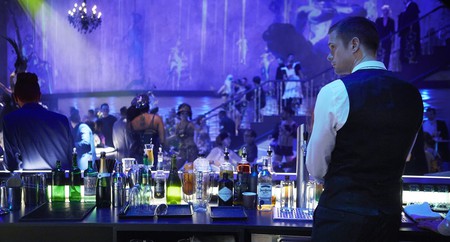 Set in the same universe as the outstanding Moon (2009), Duncan Jones’s latest film is a confused mess that mistakes a futuristic setting for plot development and flying cars for narrative drive. 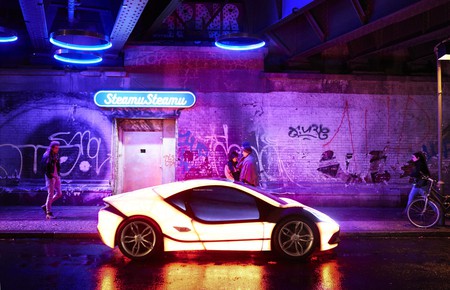 Simply using a modern urban setting and transposing a colourful neon futurescape onto it does not a brave new world make. The phrase ‘near-future’ is one that is used with increasing regularity these days (we’re guilty of it ourselves), but what once meant a vision of tomorrow that was relatable and in some ways familiar, now means a low-budget future setting limited by finances and a lack of imagination.

There’s a scene in Mute,towards the middle of the film, that captures this problem perfectly. By this point we have already been introduced to the ‘world’ within which this less-than-entertaining thriller is set, a Berlin of tomorrow which appears to be run solely by sex workers and fetishists, when in an apparent move to inject some much-needed urgency into proceedings, we get a car chase.

It’s actually a jolt to the system, seeing an action sequence when it is desperately required to counter the utter tedium of the previous hour, but the resulting logic-free scene just highlights why Mute is Jones’s worst film to date. The ‘chase’ sees our protagonist, Leo (Alexander Skarsgård) – the mute of the title – get behind the wheel of a vintage Mercedes. Not just vintage in the future sense either, no, this is a vehicle that is old in 2018. To make matters worse, Leo is apparently a technophobe who has likely little experience behind the wheel of a car and yet manages to easily pursue a hover car which is gliding above him.

The scene makes no sense. How, and why, can a grounded vehicle (which is already old by today’s standards) keep up with a flying car? 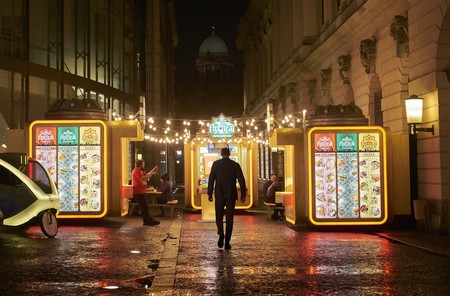 If you’re wondering why Leo is a mute, it’s because of an injury he suffered as a child. It you’re wondering what significance this affliction has in relation to the plot, then join the club. Just like the setting, the central character could be replaced by almost any other and it would make no difference to the movie.

Skarsgård does a decent job in keeping his mouth shut and stumbling around the seedy locations as his character embarks on a boring mission to find his missing girlfriend. This ties in with a loud-mouthed American surgeon (Paul Rudd) who is intent on getting the relevant paperwork to move himself and his daughter to a better life. There’s also the matter of a child abuser on the scene, something that is dealt with in a bizarrely uneven manner throughout.

Jones has previously stated how he wishes he had made Blade Runner (1982), but you will wish that he just opted on attending Secret Cinema in character like the rest of us rather than inflict this forgettable pastiche on audiences. 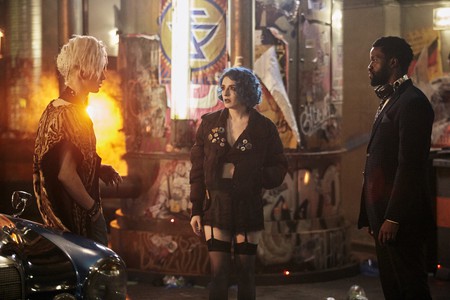 If you’re looking for the references to Moon, then you’ll have to watch closely as they are very much, and quite literally, in the background. Again, this film could have been set in any time period and in any location and nothing would have been affected.

The plot has almost no link or connection to anything around it and that makes for a poor sci-fi experience.

Comparing this film to two recent hits in the genre, Black Mirror (2011–present) and Blade Runner 2049 (2017), you can see the importance of world-building and the relevance of placing the action within the confines of these locations. It doesn’t matter, as in the case of Charlie Brooker’s Netflix series, if the rules of these worlds change depending on the story, but the rules must be adhered to once they are established.

The fatal mistake Mute makes is in having wishy-washy limitations and then ignoring them when it pleases. Burly and intimidating henchmen are used as shorthand for brute force early on, but then both Skarsgård’s silent bartender and Rudd’s small-framed surgeon seem to be able to physically beat almost any threat. 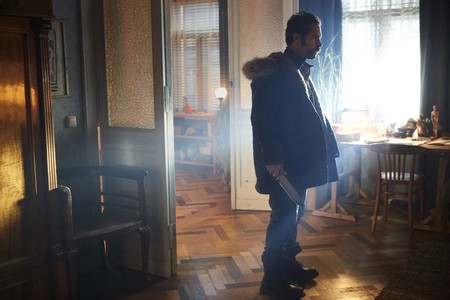 So then, Mute is lacking as a sequel to Moon, displays no originality or vision as a futuristic sci-fi noir and has a murky moral core that is just plain distasteful at times. Oh, and it’s incredibly boring too.

Mute is available on Netflix now.