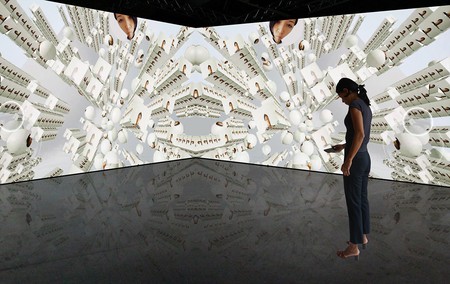 Synthesis Gallery, the first Virtual Reality art gallery, made its debut in Berlin this month with an exhibition from renowned Swiss artist Marc Lee. The premiere exhibition displays exclusive works as part of Marc Lee’s series ‘Same but Different’ and ‘Non-place’, which reflect on the dramatic metamorphosis the digital revolution has brought to society and the self. The groundbreaking gallery combines an immersive blend of technology and art to explore cultural and social constructs and identities, giving a platform to a new wave of artists. The first of its kind, Synthesis Gallery in Berlin is creating conversation in the city’s art scene. 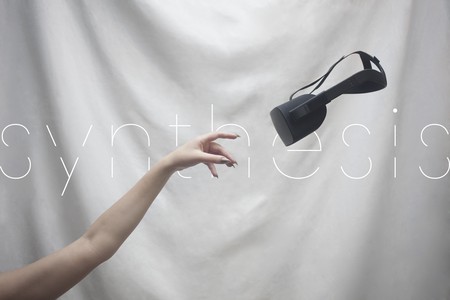 A place where art and technology intersect

Located in Mitte, Synthesis Gallery explores art through different vanguard mediums. Bringing immersive technology, namely Virtual Reality (VR), and art together under one roof to showcase innovative experiences and exhibitions. The gallery is carving out space for a new generation of contemporary artists and visionaries. VR is playing an increasingly popular role in art, allowing artists to express themselves and interpret art through a lens that seemed unimaginable just a few years ago. The first of its kind, Synthesis Gallery gives an exclusive space to explore, experience and experiment with pieces through this different media, creating tangible and boundary-pushing art that is intertwined with technology. Oculus and Hive headsets act as a literal lens for visitors to submerge themselves into artworks, allowing them to focus on the abstract and reevaluate reality. 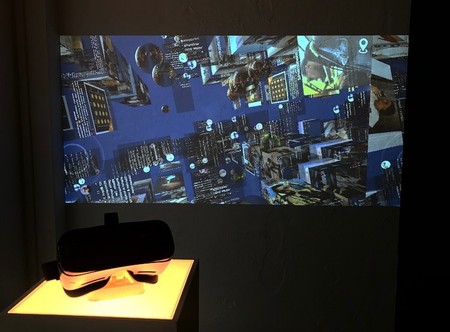 The role VR is playing in art

The affordability and advancement of VR headsets like Oculus Rift and Google Cardboard have brought a surge in interest in the technology in recent years. Architects, travel companies and even pornography producers embraced VR’s potential, enchanted by its ability to fully engage its customers. The art world soon followed, with galleries and museums investing in exhibitions, apps and curated programs using VR. This saw Google partnering with a number of museums to produce 3D walk-throughs that can be streamed online, including Dulwich Picture Gallery in London and BOZAR in Brussels, to name a few. 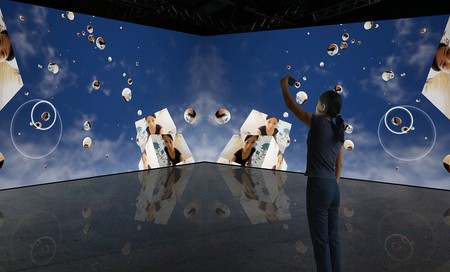 As contemporary art often reflects the ‘now’ of culture and society, it’s unsurprising that artists themselves also embraced virtual reality as a medium, bringing it firmly into the current artistic landscape. Simulation artist Ian Cheng presented one of his effectual simulated artworks on an Oculus Rift in 2013. Similarly, in 2015, Daniel Steegmann Mangrané used the headset to transport gallery-goers into a Brazilian rainforest, an experience that mesmerized visitors down to the rustling of grass and crunching of leaves. The immersive medium is continuing to create waves and attract artists, opening the door to a new realm of art. Synthesis Gallery plays an important role in this landscape, and their opening exhibition, which focuses on real-time processes, dives into the digital revolution, prompting visitors to reflect on their own interaction with technology and the effects of this.

Opening with an exploration of the self

The gallery’s opening exhibition, with exclusive works from Marc Lee, encompasses the series ‘Same but Different’ and ‘Non-place’, along with ‘Me, myself & I’, reflecting on the radical transformations ushered in by the digital age. Curated by Giorgio Vitale, the show employs interactive elements through beam projectors and multiple VR and tablet stations. In ‘Same but Different’, gallery-goers navigate an urban environment of their choosing. This landscape is continually reshaped and redefined by images and videos posted in real time on Instagram and Twitter. Every experience is completely unique and different, acting as an endless flow of countless stories, resulting in a perspective on the differences and similarities in local culture. The exhibition also reflects on how cities are becoming more like ‘non-places’, with anonymous transition zones. With ‘Me, myself & I’, Marc Lee questions egocentrism and narcissism as a growing contemporary phenomenon in the ‘selfie-culture’. 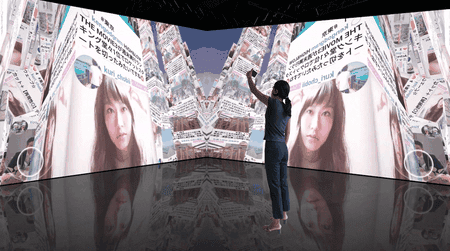 The artworks in the exhibition will be on sale through limited-edition apps, released by the artist and Synthesis Gallery. For those in Berlin, the unique exhibition can be viewed until April 23, with a closing show taking place on April 22. The finissage will include poetry readings, live performances and audio performances.