The Definitive Guide To Street Food In Berlin 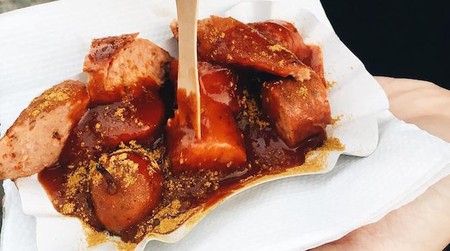 Although food trucks and festivals have taken off across the globe, street food is still a relatively new concept to Berlin. Berliners are known for being on-the-go eaters, preferring to grab a quick bite during the day rather than sitting down to a restaurant meal. So far, only a few pioneers have braved the unknown and conquered it. Here’s the definitive guide to getting the best street food in Berlin. 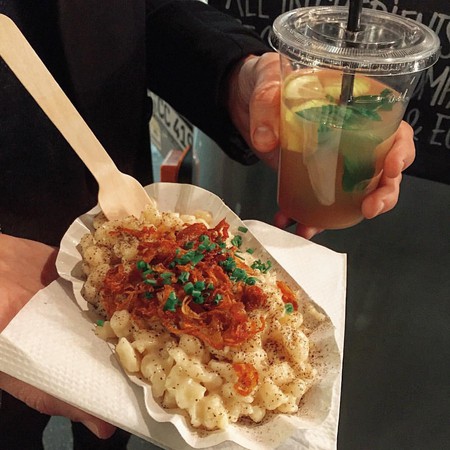 When it comes to street food in Berlin, the first thing that comes to mind is Street Food Thursday. Often hailed as the best place for street food in the city, the once-weekly event held at Markthalle Neun in Kreuzberg plays host to some of the best street food around. Every Thursday, the market hall is filled with a collection of food stands run by restaurants, cafés and chefs with a wide range of culinary influences and tastes. From Dutch oysters to American BBQ, Chinese noodles to Spanish tapas, there is something for everyone. Although there are some regulars, the roster, curated by food experts, often changes and new things can be found each week.

Markthalle Neun isn’t just the location for one awesome street food market, but two! This one isn’t the most frequent, but get there on the right day and you could be lucky enough to grab a bite at the illusive Breakfast Market. Organized by the same masterminds behind Street Food Thursday, this is quite simply the same event but for breakfast and brunch foods. Ever wonder what Peruvians, Yemenis or New Yorkers eat for breakfast? This is your chance to find out and sample it all. 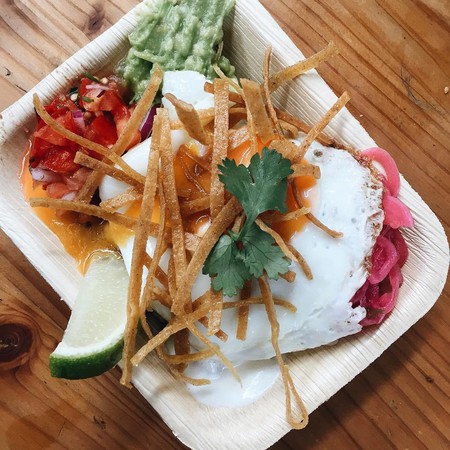 It can get pretty chilly in Berlin, so Berliners don’t exactly need another reason to look forward to the summer, but here’s one anyways, Bite Club. This cleverly named street food event unfortunately only takes place during the summer but is definitely worth sticking around to experience it. Like Street Food Thursday, Bite Club takes over the vacant lot next to Badeschiff and becomes home to a wide variety of delicious street food. Situated fully outdoors, this is the perfect place to soak in some rays and taste the best of the Berlin street food scene. 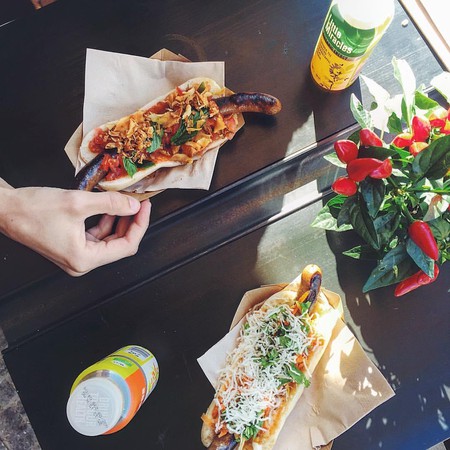 A few restaurants have caught on to the street food bug and centered their menus around popular street food items from around the world. District Mot, a hugely popular spot for locals and tourists alike, offers a menu of Vietnamese street food and is decorated to make you feel like you’re on the streets of Saigon. Santa Maria and Santa Eastside focus on Mexican street food fare like tacos and chilaquiles, Pic Nic 34 specializes in Italian street food classics and CoCo, a banh mi deli, features the authentic Vietnamese-French fusion sandwich that’s all the rage right now, the banh mi. Take a step off the beaten path with some Korean street food at a small kiosk in Neuköln under the moniker Mmaah or NUPort offering gourmet Asian-inspired hot dogs. 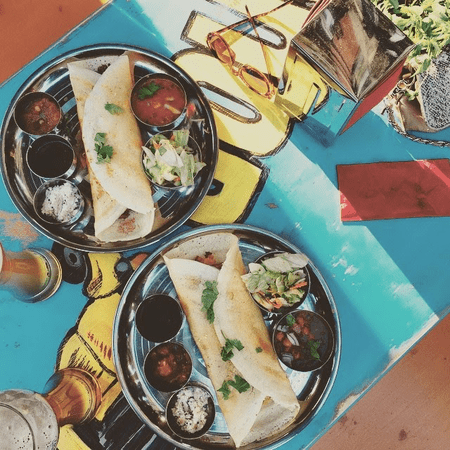 Indian street food is perhaps one of the most popular forms of street food one can find in Berlin, with the likes of W der Imbiss and Chutnify winning over the hearts (and stomachs) of Berlin foodies, critics and hungry citizens alike. 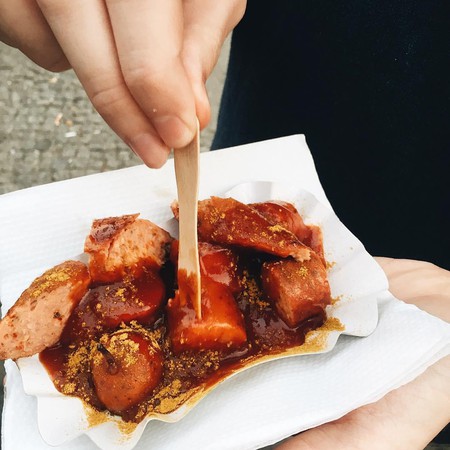 Berlin is a melting pot of cultures and culinary tastes, which is strongly reflected in what are perhaps the city’s two most popular street foods, döner kebap and currywurst. These can be found at almost every street corner and kiosk, from the famous like Mustafa’s Gemüse Kebap and Curry 36, which just so happen to be neighbors, to the lesser known on the tourist circuit but cult favorites to locals, Maroush in Kreuzberg and Konnopke’s Imbiss in Prenzlauer Berg.