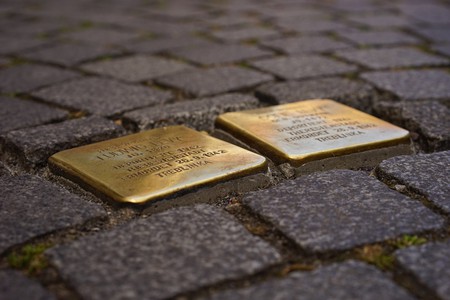 While walking the Berlin streets you will have no doubt come across a Stolperstein, or ‘stumbling stone’, a concrete and brass cube inscribed with a family name and dates, that now forms part of the pavement. These little cubes are actually memorials to the Jewish lives lost during the Nazi extermination. However, there is much more to the memorial than meets the eye.

These cobblestone plaques that bear a tragic chapter of German history are the open-ended project first initiated in 1996 by the German artist Gunter Demnig. Not only is their message one of remembrance and of personalising the victims by honouring their names, but their purpose is also thought-provoking, aiming to initiate discussion and stimulate thought. 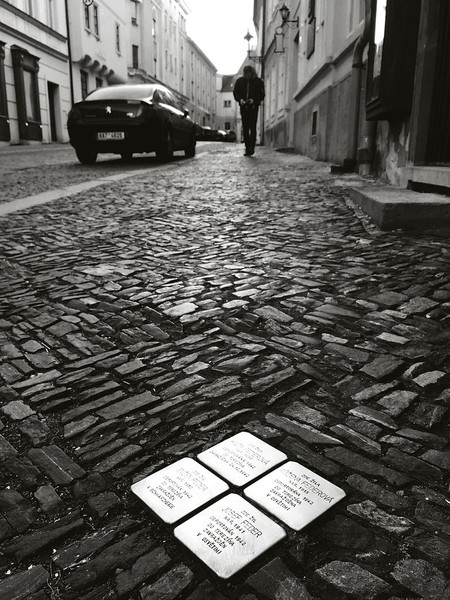 Each Stolperstein that is embedded into the pavement is ten by ten centimetres, and their position is not random. The plaques are laid in front of would-be homes of the Nazi victims, so instead of being one big memorial erected in a location known by everybody, these small and scattered plaques pierce the memory when they are literally ‘stumbled upon.’ 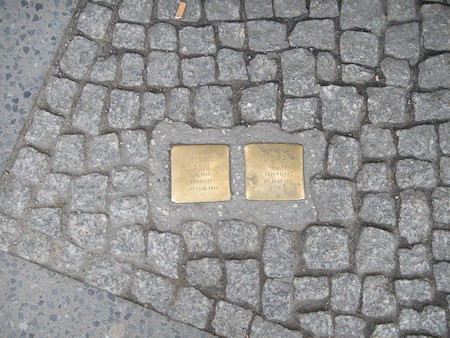 Their presence takes on an even deeper meaning when the connotations of the name Stolperstein are considered. Metaphorically speaking, the German term can be interpreted to mean ‘potential problem’, while ‘to stumble across something’ in both German and English means to ‘to find out by chance’. Therefore, the anti-Semitic ‘Jewish problem’ of the past is presented in such a way as to stimulate thought and discussion around these issues in the present. According to the artist, because the Stolpersteine are embedded into ordinary, everyday life, stumbling upon them cannot be bypassed or avoided.

The inscriptions on the handmade brass plaques begin with ‘Here lived…’, followed by the name and date of birth of the resident, followed by the name of the concentration camp to which they were taken. At the bottom of the plaque is their date of death. The plaques are financed by private donors, and the decision to make one each by hand is deliberate. 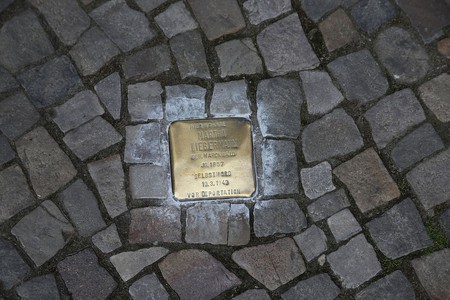 The first 51 cobblestones were installed illegally by the artist, but now the project has stretched into other parts of Europe, including Spain, Bratislava and Prague. There is an interactive map on the project website that allows people to find the locations of the Stolpersteineacross Berlin and the rest of Europe. Shockingly, as you will discover, the city is covered with them.