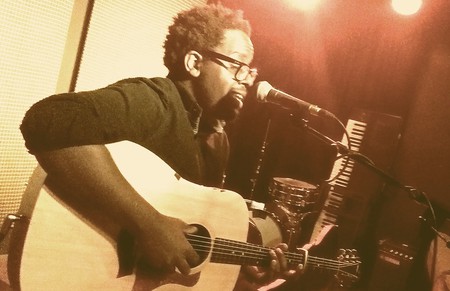 Don’t think that Berlin is only about techno. Berliners dedicate lots of nights to poetry, literature, experimental music, dance and political madness. For those of you who like to keep things low-key every now and again, take a tour through some of Berlin’s best open mic nights, where artists poetically, fiercely and romantically present their work to the open stage in some of Berlin’s up-cycled bars.

This bar is one of the true Kreuzberg bars that should be visited with or without open mic night. But for a good excuse to go out on a Wednesday night, Laksmi Bar‘s open atmosphere attracts all types of Berliners, on and off stage. 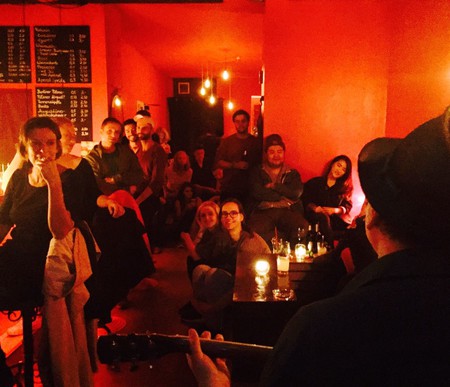 Prachtwerk is a special place in the midst of Neukölln, with great coffee from the famous local roaster Five Elephants, homemade cakes and sandwiches and pretty cool events. At dusk, the place transforms from café to social nightspot and hosts one of the best open mics in Berlin every Wednesday. 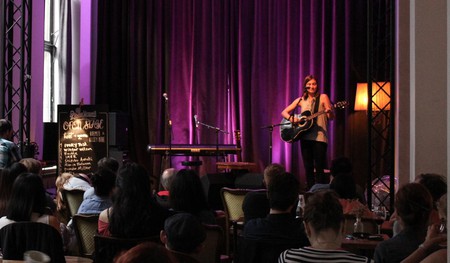 For jazz and blues, head to Bar Bobu. This Friedrichshain joint hosts an open mic every Wednesday night, the night to see locals and travelling musicians on Berlin’s intimate stages. Plus, the drinks complement the music to a perfectly. 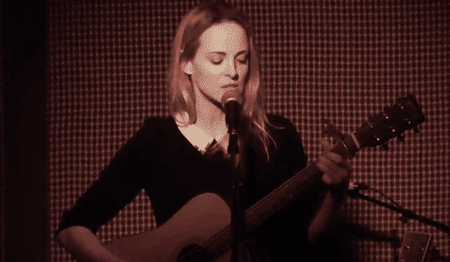 Every Tuesday is open mic night at Lagari, and its nice, cosy atmosphere has a stage in the back for music lovers as well as for foodies. Be sure to check out the delicious menu, which includes awesome pancakes and breakfast burritos.

Ofen Mic (moved to Leuchtstoff Kaffeebar from Ofen Bar) is a unique headphone concert venue. This Thursday night event runs a bit unconventionally: performers send their tracks in before signing up, hosts curate opening and closing musicians and six guests are chosen to share two favourite pieces with the audience. 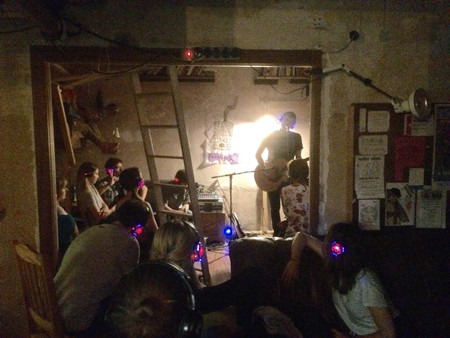 If the hankering for live music hits this weekend, head to Flop in Wedding, which hosts an open stage every Friday and Saturday night. Not to mention, with no shortage of cool bars and events in and around Wedding, this neighborhood is a Berlin must.

Not interested in squeezing into an overcrowded bar on a Sunday night? The catch OPEN MIC L. J. FOX at Madame Claude in Kreuzberg. Signups begin at 8pm, show starts at 8:30 and each musician plays two songs. Entrance fee is by donation, but performers get a free drink.

For lovers of acoustic and jazz music, bei Ernst is as authentically Berlin as can be. This bar in Wedding hosts a singer/songwriter night every Tuesday and an open stage jazz jam session every Friday and Saturday night.

Sundays brings out a surprising side of Berliners. Trapped in Neukölln with the rest of its locals? Head over to Kindl Stuben on Sunday night for open mic night, welcoming all sorts of performers and a great place to test in-progress pieces. 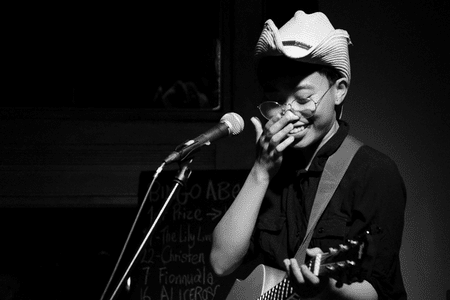