The Best Graffiti Districts in Berlin

From the iconic tags of the graffiti impresarios in Kreuzberg to the ever-evolving political splatters in Friedrichshain, Berlin’s street-art scene has exploded in recent years, transforming grey into colour. Whether you’re a first-time visitor or a local seeking to discover the unruly charm of the city, these six very distinct districts will introduce you to the culture, political motifs and personality of those moving in Berlin’s most rebellious artistic circles.

Home to an array of historical sights, Mitte is an unmissable checkpoint on the tourist trail. But eclipsing the landmarks are bold, vibrant murals that capture the true spirit of the city. Hop on the U-Bahn line for a glimpse of the legendary building-high mural “How Long is Now” before checking out the colourful courtyard of Haus Schwarzenberg – one of the last ungentrified spots in town. If you’re lucky enough to be visiting in the summer, Cafe Cinema’s outdoor space is perfect for exchanging ideas over an ice-cold beer.

Mitte and its surroundings, Berlin, Germany 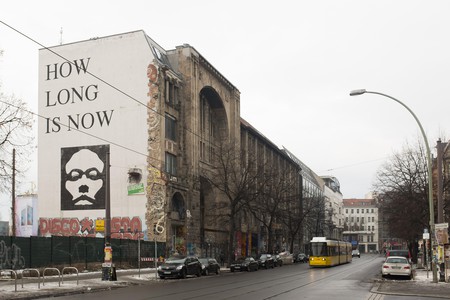 To the south of Mitte, bohemian hub Kreuzberg (or X-berg as it is better known), is a treasure trove for any street-art lover. Notorious for its hipster debauchery, international graffiti heavyweights have sprawled their slogans around town for centuries, securing their rightful status as kings of Kreuzberg. Keep your eyes peeled for 1 UP’s tags (they’re Berlin’s biggest graffiti gang), El Bocho’s twisted Little Lucy, and follow SOBR’s sparkling ravers – once you spot them, you can’t help but notice them everywhere. 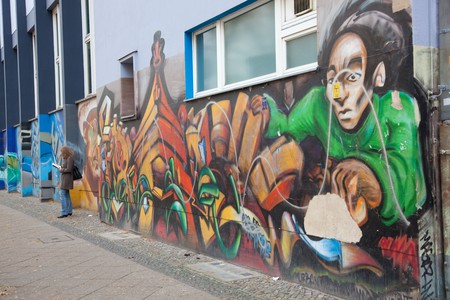 Though gentrification may be unstoppable, it hasn’t quite defeated Friedrichshain. Across the River Spree, this thriving neighbourhood in East Berlin is a street art wonderland with paste-ups, posters and stencils reviving its derelict buildings. But hurry; they vanish quickly. Of course, it also has the East Side Gallery – the last remaining replica of the Berlin Wall, as well as the graffiti-splattered grounds of RAW-Gelände which doubles up as a street food market on the weekends.

Friedrichshain and its surroundings, Berlin, Germany 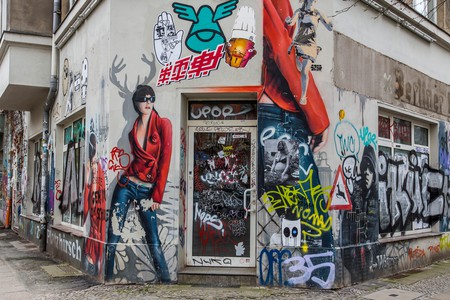 Perfectly manicured, Prenzlauer Berg may not be the first place you think of when searching for street art gems, but join the locals in Mauerpark on a Sunday and you’ll soon discover where the real mystique lies. Boasting a roster of ever-changing creations, one of the city’s coolest parks comes alive in the sunshine with live art and karaoke shows. 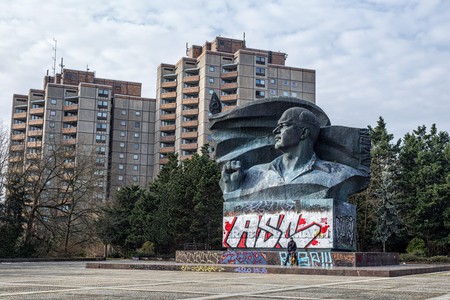 Your first stop when arriving at Rosenthaler Strasse should be the Otto Weidt Museum for the blind. Tucked behind an unassuming alley, stunning graffiti from famed street artists D Street and Jimmy C grace the walls of the museum, but it’s the alley’s history as a Jewish hideout that often sparks the most intrigue. Don’t miss Ann Frank’s portrait on the opposing wall – a haunting reminder of Europe’s turbulent past. 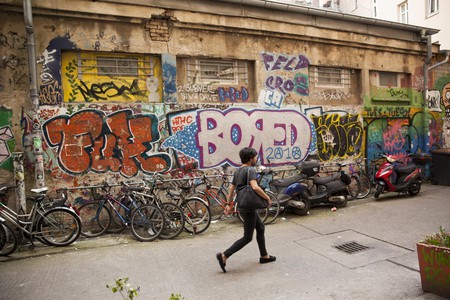 Forget Kreuzberg, Lichtenberg is the real stomping ground of today’s most daring graffiti greats – you only need to disembark the metro to see why. Tags of blazing colour ignite the station, but if you’re wild enough, you’ll soon find yourself climbing skyscrapers and hiding in dilapidated buildings to uncover the real masterpieces. One of the most impressive finds is an abandoned swimming pool around the corner of the former STASI headquarters. 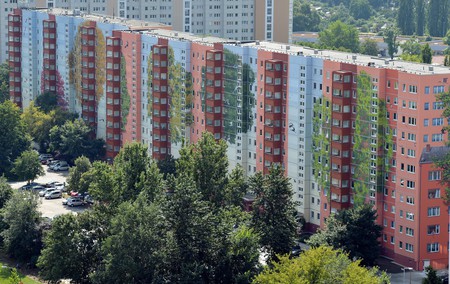