The Best German Beers to Try on Your Trip to Berlin 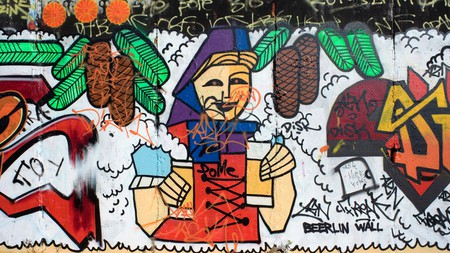 Berlin is a beer-drinking capital, with a wide variety of options to suit every taste | © ImageBROKER / Alamy Stock Photo

If you’re looking for the best beer in Germany, Berlin is not a bad place to start. Not only is there a burgeoning craft beer scene, but you can also drink beer freely on the street, a novel idea for many newcomers to the city. Read on to discover the top German beers to order in Berlin – from Fürstenberg and Krombacher Pils to Berliner Kindl Weisse.

Right off the bat, it’s important to understand that beer drinkers in Germany tend to be quite specific about the type of beer they prefer rather than just focusing on the brand. The Erdinger Hafeweizen is a popular choice of weissbier (white beer), pale and slightly golden in colour. This is a classic wheat beer brewed in Bavaria; it has a balanced flavour and a distinct German aroma.

A späti is one of the first things you’ll learn about in Germany’s capital. It refers to the little corner store that is open late, and almost all streets have one. More importantly, it’s where people pop in to grab a beer. Almost every späti will stock Sternberg. It’s a cult classic and the beer of the people. Cheap and a bit nasty, it’s not exactly one for the beer snobs – but everyone on the street is drinking it as their wegbier (beer on the go), and a trip to Berlin wouldn’t be complete with out trying one. 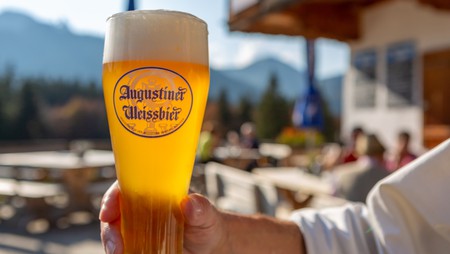 Augustiner is a full-flavoured beer from Munich | © Augustiner-Braeu

Augustiner is a classier option, and you’ll pay a little more for it, too. This full-flavoured Bavarian beer comes from Munich’s oldest independent brewery. It has become one of the most successful beers in Mitte, the centre of Berlin, without much advertising, and the label hasn’t changed for over 20 years. While other German breweries updated their bottles to a more modern and slimmer design, Augustiner stuck with its original, a bulky and retro form that only seems to add to its appeal among Berliners. 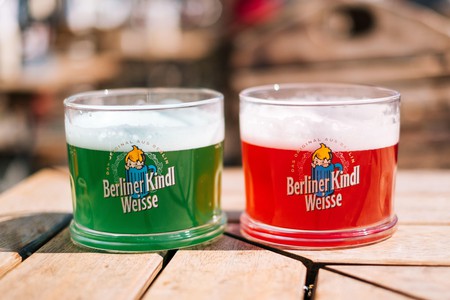 Berliner Kindl Weisse has historically been one of the most popular beers in the German capital. Even Napoleon’s men referred to it as the “champagne of the north”. This award-winning brew has a distinctly sour taste, a must-try when in the city. It also comes in three varieties: ohne schuss is the beer in all its natural glory, while ein rotes is slightly sweetened with raspberry syrup, and finally, the ein grünes, which is flavoured with green woodruff. 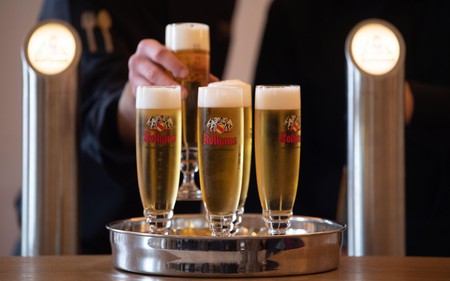 This has become a solid favourite among expats living in Berlin. The beer is cheap and widely available, and it comes with a subtle sweetness that makes it easy to drink. Pils is short for pilsner, and refers to the golden or straw-coloured beer and its earthy taste. Some say it is the world’s best pilsner, but that can be argued amongst you and your friends over a pint or three.

Fürstenberg Brewery is one of the oldest in the world, dating back to 1283. The small Black Forest establishment produces a pilsner like the Rothaus, mild with a slight bitterness that has its own character. It’s similar to a Helles lager – clean, crisp and refreshing – ideal for cooling down on a scorching day in summer. It tastes just as good from the bottle as it does vom fasse (on draught).​ 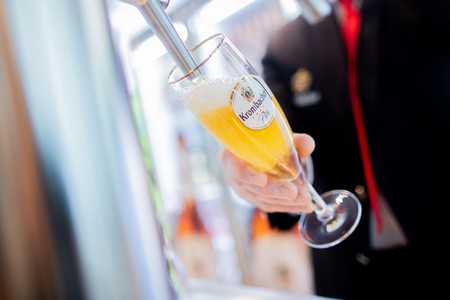 Another one from the pilsner family, Krombacher is certainly Germany’s most popular variety. You’ll see this beer everywhere, and it is readily available internationally, too. Produced in the Westphalia hills, it’s not as fruity or bitter as the other pilsners on this list, but has a more herbal flavour. It’s very easy to drink, which is why you’ll certainly sink a few of these whilst visiting the German capital.

This brewed beer from Saxonia is all about its simple, conscious packaging. With no logo or name and simply referred to as Bier, this brand aims at having no brand. The label is minimal and white, in an effort to diminish the visual pollution and advertising messages to which people in urban environments are constantly subjected. Their no-frills approach focuses on the product itself, which is a classic, full-bodied malt beer produced with bottom-fermented yeast.

At 4.8 % alcohol, this is a light and easy-to-drink beer that’s good to come home to after a long day at work. Brewed in the North-Rhine Westphalia region, this premium pilsner is slightly bitter with a firm taste and is the product of more than 260 years of brewing history.

We had to include at least one craft beer on our list, and for this category we recommend an excellent amber ale with a quirky name, Thirsty Lady. This comes from Heidenpeters, one of Berlin’s newest craft breweries located in the hip and gritty neighbourhood of Kreuzberg. The beer itself is an American-style blonde ale. The taste is round and refreshing, giving off citrus and other exotic aromas. Simply put, it’s a great thirst-quencher.