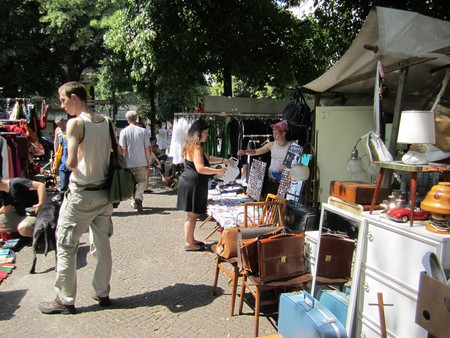 The cost of living in Berlin is comparatively cheap when measured against other major cities in Germany like Frankfurt, Munich, and Hamburg. Considering the buzz and influence Berlin has from a cultural perspective, it is remarkable just how cheap the standard of living actually is compared to other art havens like London, Paris, and let’s not forget, New York City. But, naturally, when you’re traveling, your wallet can be your top-notch concern, but no sweat here in the cold city of Berlin, because besides its cloudy overcast that will keep you cool, so will the free weekend things you can see and do in this city. Check out these tips to help keep your wallet thick(er).

If you’re lost somewhere in Neukölln and you’re set to traveling the city by foot, then check out the Neukölln Arcaden rooftop. It’s not too often you get rooftop access to places in Berlin, but this rooftop has one of the best views of the city. Sometimes there are events over the weekend, which are not always free, but if you get there early enough you should be okay. Just one warning, we did say this was a free list, so try not to get tempted by the bar, Klunkerkranich, which often has good music playing to lure its rooftop guests into its shelter.

How to get there: Once you’ve spotted the unattractive shopping mall on Karl-Marx Strasse, slip in through its side doors and take the elevator to the top top parking garage floor. From there, you will have to walk up a driving ramp until you’ve hit the roof, the garden, and the bar. 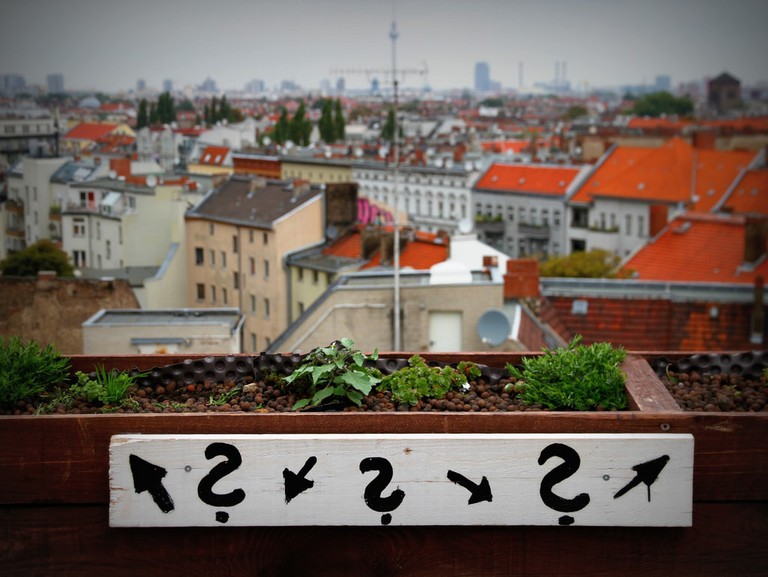 If on the other hand you are located somewhere near Mitte, Wedding, or Moabit, you can walk to the Reichstag Dome and get a panoramic view of Potsdamer Platz, Brandenburg gate, and even a peek over a parliamentary meeting. The secret here is to book your preferred day and time before you arrive so you don’t have to wait on any time killing lines.

Register here to get your free pass and don’t forget to bring your ID with the name you registered the tickets under.

Berlin Reichstag, view from a rooftop at sunset | © David Forsman/Flickr

Berlin’s Mitte district is crowded with free galleries interested in showing off their latest exhibitions. On Friday nights, you can usually catch several openings on Auguststraße. Some galleries even have free wine and beer, but then you’ve really scored. It wont be too surprising to stumble into a contemporary gallery with free beverages, but the real challenge is trying to act artistic and nonchalant about your free weekend discovery.

In Kreuzberg, look out for openings on Oranienstraße all the way up to Rudi-Dutschke-Straße where you can find Galerie Isabella Czarnowska. It’s one straight street shot of Kreuzberg/Mitte gallery perusing. If you veer off to Lindenstraße, you can find Gallery Nordenhake and other galleries on separate floors of the same building. This building is called Galerienhaus, housing 11 separate galleries that exhibit a wide range of artistic work. 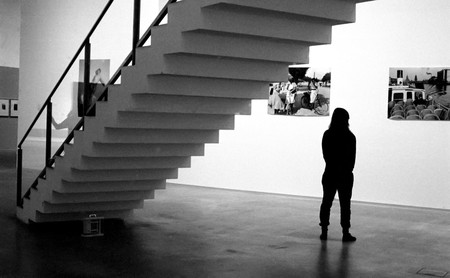 Pétanque or picnic by the canal

Berlin is no Amsterdam, but that doesn’t mean it doesn’t have its own rivers and canals. If you’re lucky enough to catch a sunny day in Berlin, then you will find most of the city crowding around the sunny spots along the scenic canal. In Kreuzberg, you can catch a Pétanque game on the Bouleplatz on Paul-Lincke-Ufer. If the fields are full and you’re not feeling brave enough to join in on a game, then you can hop over the little wall that separates the park from the canal and find a sunny spot to enjoy the scene, if, you can manage to find an open space somewhere along the water. 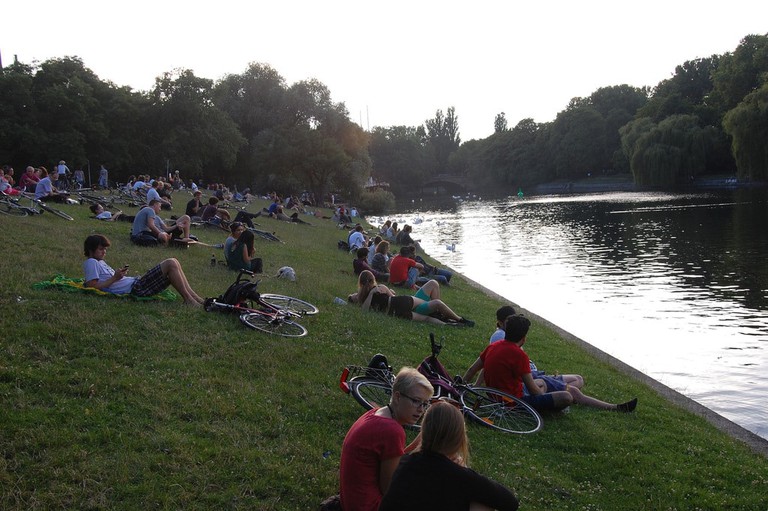 Sashay through the neighborhood market

Almost every neighborhood has its own weekend market in Berlin. On Saturday, wander through Wedding’s market on Leopoldplatz, where you can find lots of interesting things and characters.

In Friedrichshain, there is the Boxhagener Platz market every Sunday. They are trying to keep the artisan vendors away and keep it strictly secondhand, which may be more interesting depending on your curious eye. In Kreuzberg, the weekend flea market location alternates between Prinzessinnengärten and Maybachufer’s Nowkoelln market.

The most well-known Berlin market Mauerpark, which strikes Berlin every Sunday. The best local advice you can get is to arrive before 1PM if you want to walk through the market aisles with ease. If you’re really looking for free stuff, then sometimes at the end of these markets the vendors dump what they didn’t sell not too far from the market street. Sometimes you can even score some real treasures. 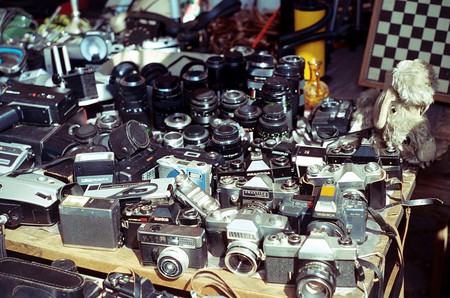 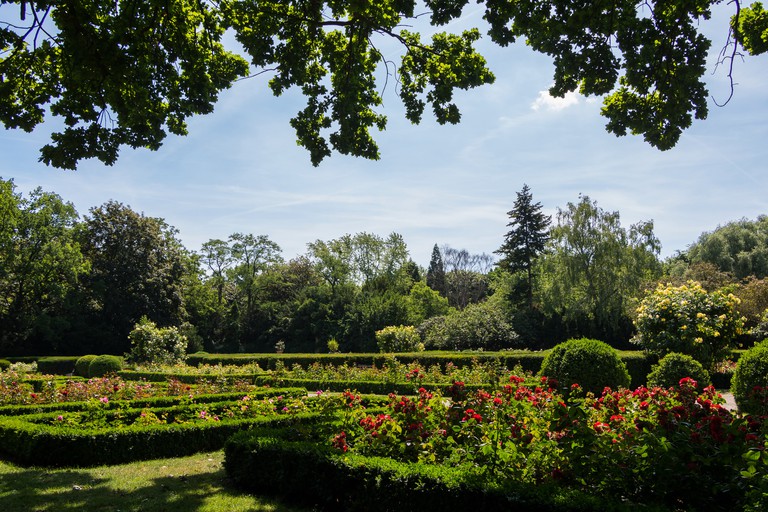 Humboldthain is a memorial garden that offers many activities | © stockfotoart / Shutterstock
Close to the Prenzlauer Berg and Wedding districts is Humboldthain Park. Inside, you can find a beautiful rose garden with different flowers and herbs from all over the world. The park is a pleasant little world with hidden treasures open for discovery all around.

The bunker found is Humboldthain is certainly a cool spot to check out as well. In the summer, you can catch an underground tunnel tour, but in the winter the tour is shut down for one of Berlin’s largest bat habitats! If you make it here on the weekend and you decide you want to find something cheap to eat, head over to Gesundbrunnen station where the supermarkets stay open 7 days a week, and yes, that includes Sundays.
Give us feedback