The Best Documentaries About the Berlin Wall 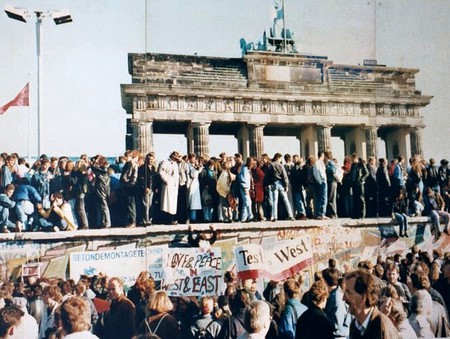 Standing as a symbol of oppression, the Berlin Wall divided Germany for almost three decades. During this time, political tensions, great escapes and groundbreaking moments shaped the era. Discover the more about the Iron Curtain and the Cold War with these best documentaries about the Berlin Wall. 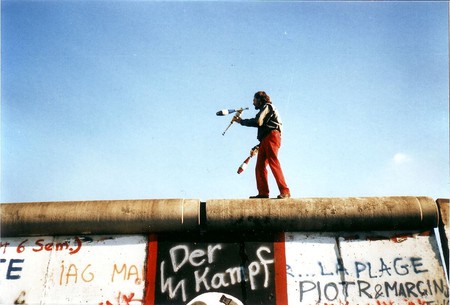 Juggling on the Berlin Wall on November 16, 1989 | © Yann Forget/WikiCommons

Rise and Fall of the Berlin Wall

Produced by the History Channel, Rise and Fall of the Berlin Wall explores the complete history of how the wall came to be and its eventual downfall. With a huge panel of experts and tons of original footage, it’s an encompassing documentary and window into this unique part of history. 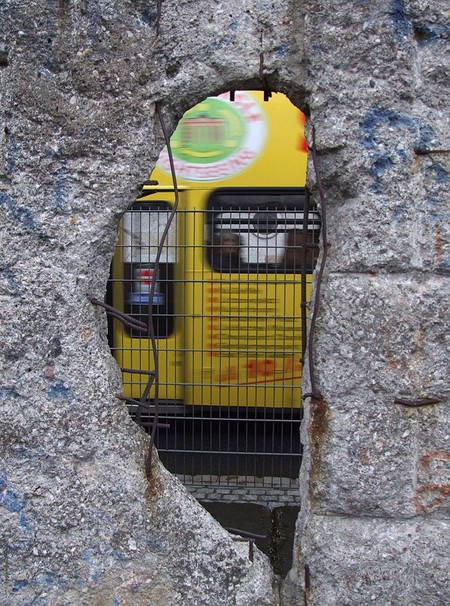 Window in the Berlin Wall | © Pudelek/WikiCommons

ABC News Classics: The Fall of the Berlin Wall

After nearly 30 years of separation, on November 9, 1989, East and West Berliners finally tore down the wall that forced them apart. ABC News Classics: The Fall of the Berlin Wall shows the remarkable footage from this iconic event, and invites the audience to join Diane Sawyer and Sam Donaldson to revisit the news coverage from this day. Including a live interview with President Reagan, this is a transportative look into one of the most notable days in 20th-century history.

The Berlin Wall stood as forbidding structure, and for many, as a symbol of death. Modern Marvels: The Berlin Wall explores the daunting devices within the wall’s Death Strip, one of the deadliest obstacle courses every, and the haunting yet genius ways people ran it. Produced by the History Channel, this documentary has amazing old footage and gives insightful on the oppressive, divisive structure that was the Berlin Wall. 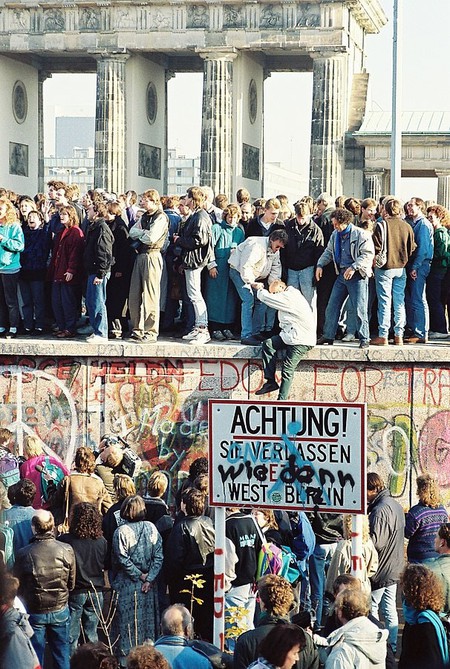 People atop the Berlin Wall near the Brandenburg Gate on November, 9 1989 | © Sue Ream / WikiCommons

After the Wall: A World United

The Berlin Wall came crashing down in 1989, bringing with it a reunited and stronger Germany and an end to the Cold War. The world rejoiced and unity reigned. After the Wall: A World United revisits the events surrounding the wall’s historic collapse. This documentary draws on political insights from interviews with George Bush, Mikhail Gorbachev and Helmut Kohl, as well as firsthand accounts from Germans that provide the personal, everyday perspectives of this historic event. 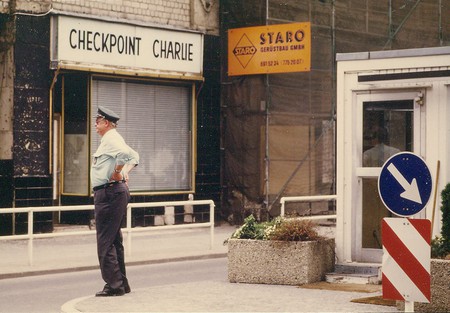 David Hasselhoff vs The Berlin Wall

David Hasselhoff vs The Berlin Wall is a one-hour special commemorating the 25th anniversary of the fall of the wall. In this documentary The Hoff takes viewers on an incredible personal journey, retracing the Wall’s history, interviewing people who lived behind it and exploring the amazing escapes from brave East Germans.