Berlin is known as the capital of electronic music all over the world, but the city has a lot more to offer. For some of Berlin’s visitors, the call of Latin beats is what sets their feet tapping, and for others it might be classical concerts or avant-garde galleries. However, for visitors looking for the club experience, but not on board with the city’s minimal electro vibe, finding the right spot is a little tricky. The Culture Trip has rounded up the six best clubs that let you escape the seemingly endless wave of electronic tunes for something a little more varied.
Street sign of Warschauer Straße in Berlin © Jcornelius (original author: Nicor)/WikiCommons

Matrix is probably the most famous club for foreigners in Berlin. Every weekend night you will find numerous people asking for the exact location of the club – it is indeed hard to find; but here’s a tip: it is located right at the metro station Warschauer Straße. Matrix has up to seven floors (depending on the event) and caters to different music tastes, including Hip-hop, Rap and Mainstream. This club is hugely popular with tourists, however, so those looking for a more classic Berlin experience might need to look a little further.

If you want to dress fancy and watch Berlin’s elite party, The Pearl is the club to go to. The club describes itself as ‘High Class Nightlife,’ which becomes obvious when you see the pretty girls and handsome gentlemen that enter the venue. This is less of a jeans and T-shirt kind of place (as opposed to most of the rest of the city). Open Thursday nights until Saturday nights, the club offers top notch cocktails, live entertainment and a light show. Separate rooms can be reserved for private parties. 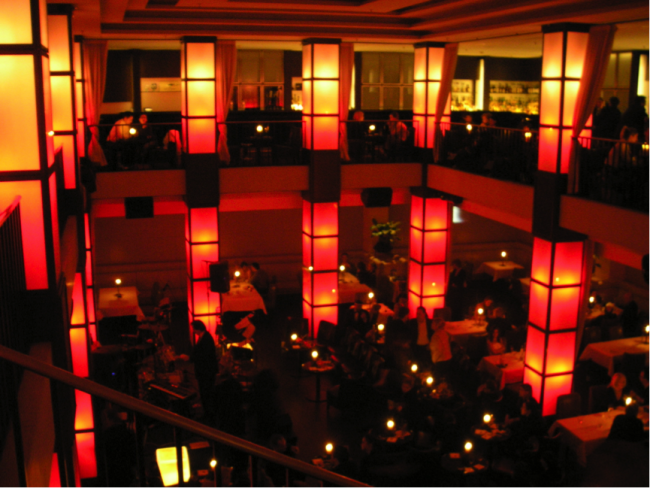 Felix is a two-story nightclub, with a VIP-area, smoking lounges, a 20-meter bar… basically everything the party heart desires, and then some. It is located in the heart of Berlin, right next to the famous Adlon Hotel. There’s also a restaurant included, where top chefs prepare meals to line the stomachs of party people for the night ahead. Felix is open on Mondays, and then Thursday, Friday and Saturday.

40 Seconds is a bar and club, which offers you a 360° view of the Berlin skyline and three terraces, no need to go to Watergate for views. To enter the venue, you have to take a lift and exactly 40 seconds later you can enjoy the breathtaking view over Germany’s capital – not bad for a night on the tiles. The music ranges from R’n’B to Hip-Hop and even encompasses smooth house sounds. The dress code is kept casual. 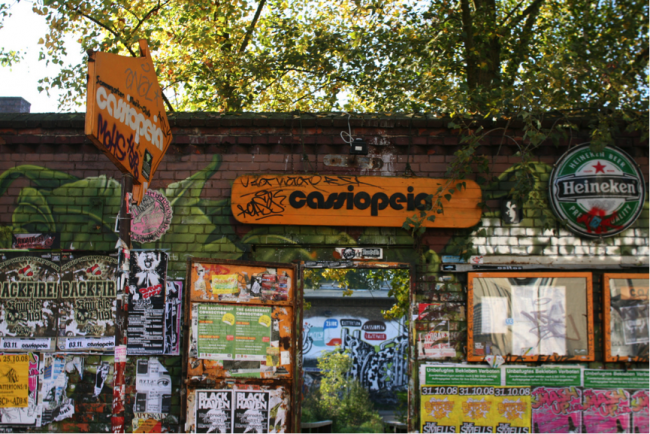 Located on the infamous ‘Techno-Strich’ on Revaler Straße, Cassiopeia offers way more than only Techno music. The venue is a former industrial hall with a courtyard, and thus offers an open-air area to enjoy during the summer. With three different floors, the club hosts concerts and club nights. The club nights are perfect for fans of Rap, Hip-Hop and Electro-Swing. Handily located near Friedrichshain’s buzzy and electro-centric Simon-Dach Straße, and a five-minute walk from Warschauerstraße U/S-Bahn, Cassiopeia is a great landing spot for those that discover, a little late, that electro isn’t for them.

Havanna has existed since 1997 and offers four different floors and eight bars. Lovers of Latin American music will love this club. On some nights, Salsa dance classes are offered and concerts take place, and the dance-crazed crowd goes crazy. If you like Salsa, Merengue and Cha Cha Cha, this is the place to be on a Saturday night. In fact, there’s something of a salsa community in Berlin, so you’re likely to find yourself in the company of some very dedicate Latin music fans.