Set Sail For The Promise Of Craft Beer 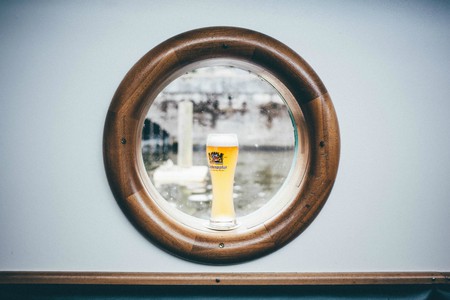 This is a big week for craft beer in Berlin, and it’s a big day for craft beer in Germany. Maybe in retrospect that day might become a little hazy, but it’s more important to live in the moment, right? This event is essentially unmissable for craft beer enthusiasts. It sets off on the river Spree at 6:30 and is an all-you-can-drink event. With over 35 types of beer from more than 20+ local breweries, it’s one of the best ways to sample the local brews from nearby craft curators. Water is included in the ticket price because, with all of this beer flowing, it’s important to stay hydrated. The street food Titans from Bite Club have joined in on the fun and are hosting the after party which begins when the boat docks, at around 10 pm. There will be food on board as well as other drinks that can be purchased. The taps will be flowing and so will the music as the booze cruise sails on the Spree with impressive views of Mitte in the background. The breweries include Berliner Berg (Berlin), Bierfabrik (Berlin), Brewbaker Berlin (Berlin), BRLO (Berlin), Lemke Berlin (Berlin), Stone Brewing Berlin (Berlin), Buddelship Brauerei Hamburg (Hamburg), Hanscraft & Co. (Aschaffenburg), Himburgs Braukunst (Munich), Buxton Brewery Company (England), Wild Beer Co. (England), Siren Craft Brew (England), BrewDog (Scotland), Gotlands Bryggeri (Sweden), Kompaan Bier (Netherlands), Lervig Aktiebryggeri (Norway), LoverBeer (Italy), Põhjala Brewery (Estonia), Mikkeller (Denmark), Steamworks Beer (Canada), Allagash Brewing Company (USA), Crazy Mountain Brewing Company (USA), Evil Twin Brewing (USA) and Founders Brewing Co. (USA). Tickets are 39 euros, but 35 for those who buy early.
📅 July 22nd 7-10 pm