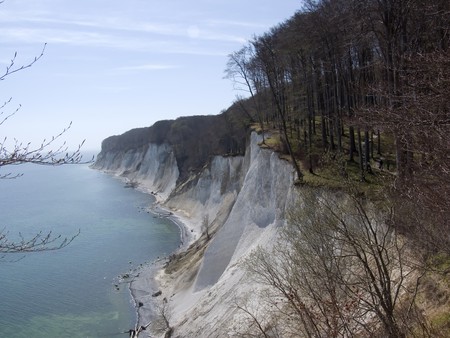 When the work hard, play hard mentality of Berlin gets a bit too much, it’s time for a head somewhere peaceful and secluded for a weekend away. But where to go? Well, for those seeking a retreat from the demands of everyday life, there’s one spot in particular which seems to tick all the right boxes – and it’s only a 3-hour drive away.

Rügen Island, located off the Pomeranian coast in the north of Germany, offers beautiful scenery and a dramatic coastline of white, chalky cliffs and clear water. It’s the perfect place for every worn-down and burnt-out Berliner to recharge their batteries, whether it’s the height of the summer or the drizzly low season. In fact, there’s a certain drama to the landscape during the colder months, and the chill in the air will come as a welcome relief during the climb up and down the numerous steps to get to the beach. The view really is worth it, and the viewing platforms provide a truly remarkable perspective for those who aren’t too afraid of heights. 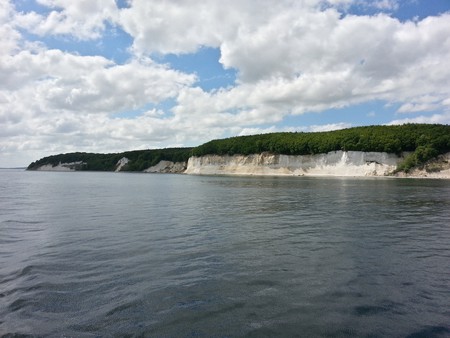 Rügen is best known as a holiday destination, with its white cliffs and stunning beech forests, but natural beauty isn’t the only thing the island has to offer; it also has a fascinating history. In 1936, it was chosen by Hitler to be the home of a huge, 10,000 room holiday complex for Aryan holidaymakers – now typically referred to as the Nazis’ answer to Butlin’s. 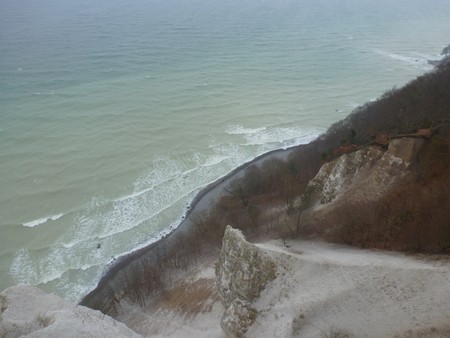 However, the complex was never completed, and after falling into disrepair during the Soviet period, there was an attempt to sell off individual lots to investors. Though some of the lots were sold, many still remain derelict and abandoned. It’s an eerie place to visit, particularly in winter – the cold, symmetrical Nazi architecture in combination with the sheer size and run-down state of the place make this part of the island both frightening and fascinating. The buildings themselves cast a striking contrast to the beauty of the coast, which lies at the very foot of the complex – one of the main reasons it was chosen to be a holiday resort in the first place. 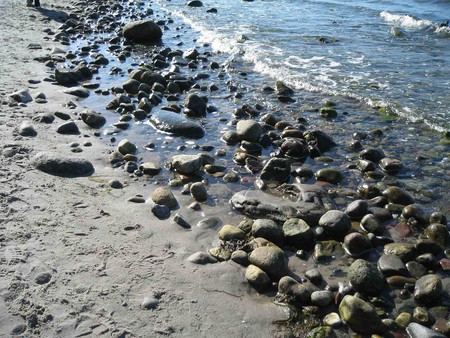 A visit to both locations is enough to fill a weekend, and besides, taking a trip towards the end of winter can mean that shops, restaurants, and pretty much everywhere, will be shut. This might sound like a nightmare for some, but for others, it’s an ideal way to disconnect for a few days before returning to ‘real life’. 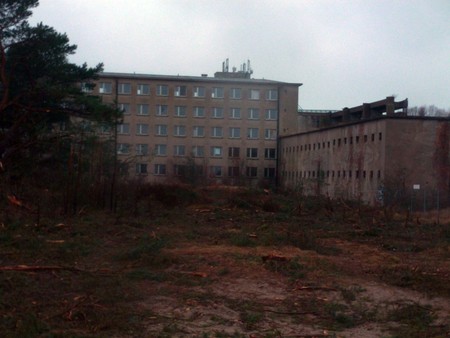 The Prora resort as it is now – derelict and forgotten

There’s a lot to be said for taking time out to enjoy the simple things, such as cooking at home and listening to music or engaging in deep, meaningful and wine-fueled conversations with friends, without the distraction of WiFi (which doesn’t seem to exist North of Glowe). Airbnb is probably the best way to go when choosing accommodation, as there are some really good deals available, especially for groups. It’s even possible to find places with a sauna for less than 30€ a night. So, all things considered, it might be time to pack that bag and take a much-needed break.