Public Transport Is in Vogue: How Berlin's New Adidas Trainers Double Up as a Free Commute 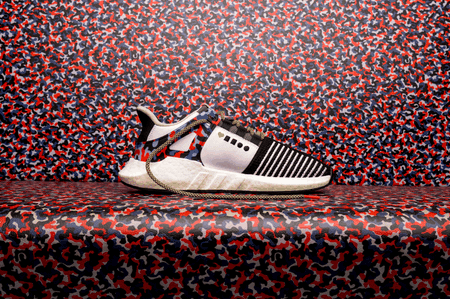 In an unusual collaboration, ultra-hip German trainer brand Adidas has paired up with Berlin’s mass transport authority, Berliner Verkehrsbetriebe, or BVG, to release a limited-edition trainer –BVG x Adidas EQT Support 93/Berlin – that doubles as a transit pass. Along with an annual train ticket sewed into shoe’s tongue, the trainers also sport the BVG’s signature white, red, blue and black print. In a city where one-third of its locals ride the U-Bahn without a ticket, these trainers are causing quite the buzz. 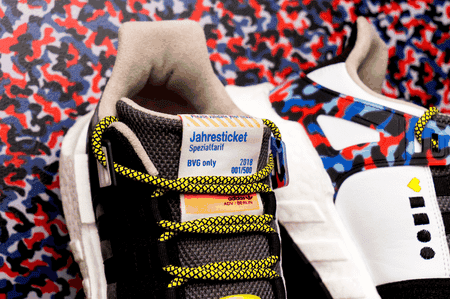 The unlikely collaboration aimed to give a little something back to Berlin’s sneaker-lovers. The trainers cost €180 (US$220), a bargain considering the cheapest annual train ticket from the BVG costs €728 (US$890). ‘With this specific project, we wanted to thank all of the EQT sneakerheads in Berlin for their loyalty and passion. Through connecting people at the heart of the city, BVG was the perfect inspiration for this limited EQT 93/17‘, says Till Jagla, Senior Director adidas Originals.

The shoe also comes during an important milestone for the BVG, “We are convinced that this shoe will mark a very special highlight for Berlin. And it’s great that the BVG, which is celebrating its 90th birthday this year, is now becoming a style icon itself,” commented Dr Sigrid Nikutta, BVG Chairwoman. The limited-edition sneakers aren’t the BVG’s first foray into unusual marketing, and the transport authority is no stranger to tapping into Berlin culture. However, they don’t only keep their sights set on local marketing – during the 2016 US election campaign, the BVG plastered its stops with posters of a Berlin tram wearing an orange wig with the caption ‘Donald Tram’. These tongue-in-cheek marketing stunts have helped the company cultivate a more fresh and trendy image, and their latest collaboration with Adidas is a welcome one from the city’s commuters and sneaker-lovers. 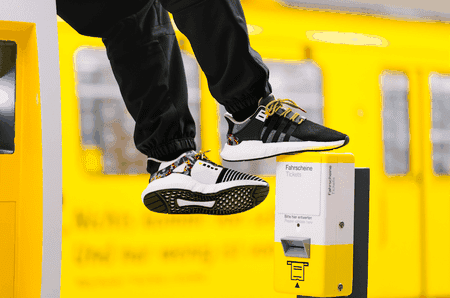 The EQT Support 93/Berlin train ticket lasts from its release date on January 16 until December 31, 2018, and the lucky few who are able to snag a pair can use the city’s buses, trams and trains for free. In Berlin, travelling by public transit is largely an honour system, and riders face periodic spot checks and large fines if they’re caught without a ticket. These trainers not only save their owners a lot of money in tickets, but also give them the peace of mind knowing they can get around the city with their ticket right at their feet. 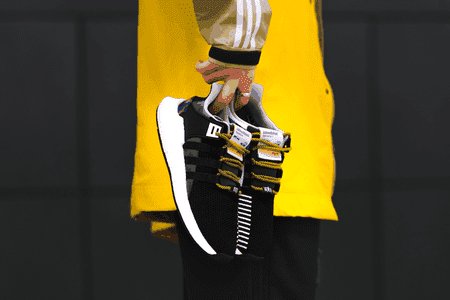 The limited edition sneakers sold out in one day

Only 500 pairs of these limited edition sneakers were produced. They officially went on sale Tuesday and sold out the same day, an unsurprising result when looking at the hordes of Adidas fans lining up for days at Adidas flagship store, Overkill, for the chance to get their hands on a pair. However, it appears some buyers have no plan to wear the shoes, instead they’re trying to turn a huge profit by selling the limited shoes online. Many others have the shoes firmly on their feet, as they travel around the city for free. 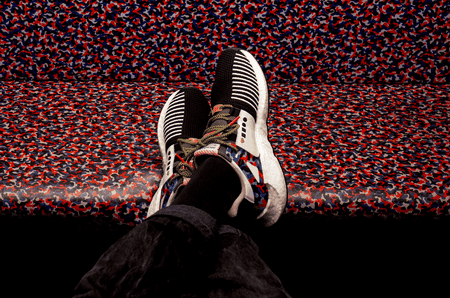