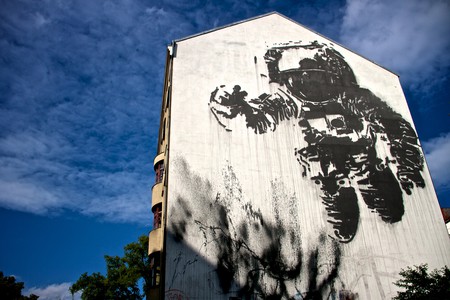 Berlin is awash with art institutions, from the historic repositories of ‘Museum Island’ to the abundance of modern art galleries displaying the work of the many international artists residing in the city. But what if you want to get off-the-beaten-track? Culture Trip takes a look at the artistry scattered in unexpected places across Germany’s cultural capital.

Of course, symbolic of this artistic appropriation of the city is the iconic East Side Gallery. Whilst not exactly an unexpected institution – being one of the most-visited sites in Berlin – East Side Gallery’s 1.3 kilometre-long stretch of the former Berlin Wall is both beautiful and poignant, painted in 1990 by artists from around the world and recently refreshed by the same artists in 2009. The section of wall embodies the city’s desire to harness artistic vision and propel it toward a new future beyond the dark periods in Germany’s history, moving beyond a time when the land behind the wall was known as the ‘death strip’. This symbol of the triumph of expression over oppression has become such an integral part of Berlin’s identity, that protests erupted in 2013 when a luxury development was permitted to remove a piece of the wall to create access to the condo complex. 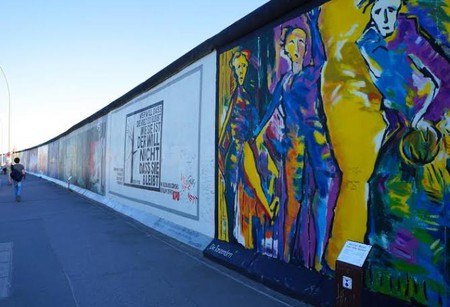 This rebellious artistic stance has found its way into the streets, and part of the irreverent charm of this city is finding bursts of creativity around every corner. Scattered across the town are the many works of art created by international street artists who have found Berlin’s urban environment particularly conducive to creating unofficial large-scale artworks, such as Victor Ash’s ‘Cosmonaut’ in Kreuzberg or the Berlin version of French artist JR’s project ‘Wrinkles in the City’. Even Florence-based artist Clet, famous for his constant ‘reworking’ of Tuscan street signs, has left his mark on Berlin with his characteristic interventions.

Whilst these works tend to come and go, due either to their ephemeral materials or to the rise of new developments across the city, one artist has situated his work in the middle of the Spree. Located near the Oberbaum Bridge, American artist Jonathan Borofsky’s 1997 Molecule Man rises 30 meters above the river that formed the border between East and West Berlin and, as the artist explains, ‘not only refers to the lightness inside our own solid bodies, but…the figures joining in the centre, refer to the molecules of all human beings coming together to create our existence.” 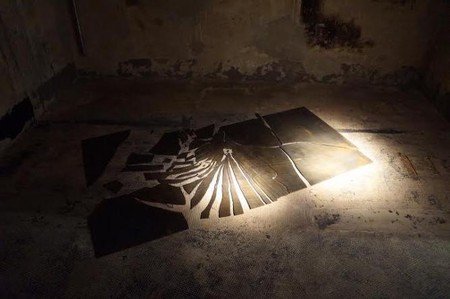 Occasionally however, especially in the winter, there comes a time to find an indoor refuge. The spirit of reappropriation has found its way into some unique sites within Berlin, thanks to the financial backing of certain culturally-minded philanthropists. Such is the case for the Boros Collection, a private collection of contemporary art housed in what was originally a Nazi bunker during World War II, built to defend Hitler’s grand vision of a world without ‘degenerate art’. Falling onto the Soviet side of Berlin after the war, the bunker housed German prisoners of war followed by fruits and vegetables from Cuba, earning the title of ‘the banana bunker’. Once the wall fell, this dislocated venue became a notorious centre for the underground club scene in the 1990s. 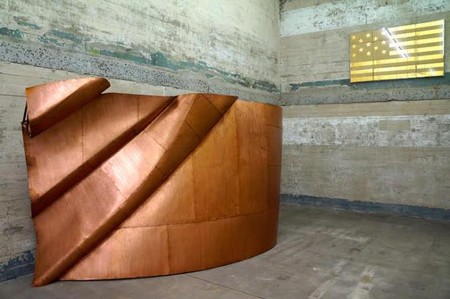 In 2003, Polish-born Christian Boros and his wife decided to purchase the infamous bunker to house their personal art collection, transforming five floors of concrete and decades of history into 3000 sqm of exhibition space. Now curating their second exhibition (the first having run from 2008-2012), artists currently on display include international heavyweights such as Ai Weiwei and Olafur Eliasson. Viewings – typically only available on the weekends – must be reserved in advance.

Another dynamic foreign couple who have transformed a Berlin historical site into a contemporary art venue are the German-Swiss duo Burkhard Varnholt and Salome Grisard. Varnholt and Grisard purchased the former Kindl brewery in 2011 and have spent the last three years repurposing the sprawling space into an up-and-coming destination for contemporary art production. The KINDL Centre for Contemporary Art is located in the hip, multicultural Berlin district of Neukölln, and transforms the 1920s-built red-brick building into an exhibition space (Power House) and a site-specific installation space (The Boiler House – where Swiss-born artist Roman Signer created Kitfox Experimental, an installation to fill the 20-metre-high space). The Brew House with its six giant coppers (reputedly ‘at one time the largest brewing coppers in Europe’) will be reopened in the near future to provide the iconic German drink to visitors, who can enjoy a tipple in the beer garden or in the newly created literature café. 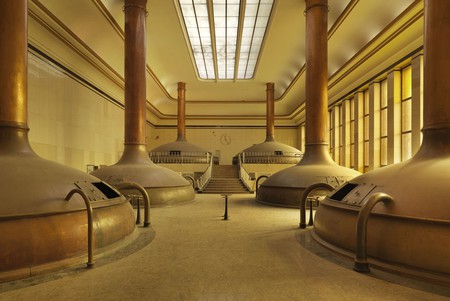 Thanks to the many lakes surrounding the city, one does not have to go far to find art situated outside of the urban sprawl. Easily accessible via the U-Bahn, the Haus am Waldsee was one of the earliest art spaces opened after the Second World War. In fact, Haus expressly exhibited, from 1946 onwards, many of the ‘degenerate’ artists previously banned. Nowadays, it displays Berlin-based, internationally renowned artists in the rooms of the 1920s villa, but the real reward for those who have made the pilgrimage to the outskirts of the city, lies within the sculpture garden. Site-specific creations include sculptures, sound installations and Simon Faithfull’s Shy Fountain, which rises timidly from the serene waters of the lake when no one is looking – a true bastion of the unexpected. 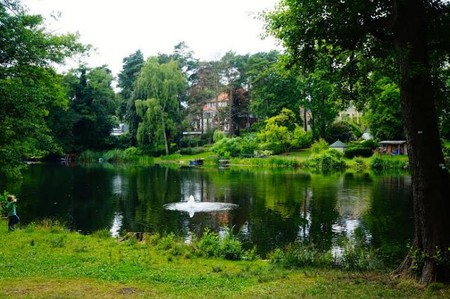