Berlin's Most Picturesque Places To Jog

Tiergarten | © Oh-Berlin.com/Flickr
In a city with so much to do, it’s important to keep fit in order to maintain the stamina needed to hop from one art gallery to the next, revel in Berlin’s nightlife, and indulge in its marvelous food scene. Luckily, Berlin also offers plenty of green space for doing so. Here are a few of the most picturesque places for a jog around the city.

Forest, Natural Feature
Schlachtensee | © Kai Wegner/Flickr
People have been coming to Grunewald Forest to escape hectic city life for many years, and today it remains an excellent place to engage in outdoor fun. Besides swimming, hiking, and hang gliding in the summer months, Grunewald harbors some pretty picturesque running paths. The one surrounding Schlachtensee is particularly scenic. The circumference of the lake is 8.5 kilometers, which is a pretty solid length, and certainly enough to get those endorphins we all crave from a good run. Plus, the immersion in nature away from the sounds of the city is sure to foster feelings of serenity.
More Info
Open In Google Maps
Steglitz-Zehlendorf Berlin, Berlin, Germany

Müggelsee is one of Berlin’s largest and most popular lakes. This is a good spot to come if 8.5 kilometers sounds like child’s play because this route offers a total of 23 km comprised of jogging paths along the lake, forests, and nearby parks. It is also possible to literally run under the River Spree through the Spreetunnel and past the sprawling white Weiße Villa. Müggelsee is even the site of a half marathon in October. 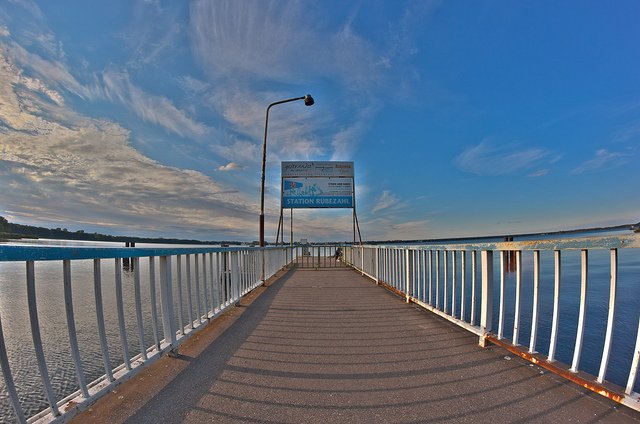 Park
© Marcela Fae / Alamy Stock Photo
Thanks to its long riverside promenade and many winding paths, Treptower Park offers runners the chance to switch things up with their running routes and spend time surrounded by greenery without having to travel out of Berlin proper. Plus, taking laps around a massive Soviet War Memorial is something most people can’t claim to do as part of their usual workout regimen, making this a good way to take advantage of all the unique things Berlin has to offer. Treptower is dog friendly, so feel free to bring your pup along.
More Info
Open In Google Maps
Alt-Treptow, Bezirk Treptow-Köpenick Berlin, Berlin, 12435, Germany
+493025002333
Visit website

Park
Tiergarten | © Oh-Berlin.com/Flickr
Arguably Berlin’s most popular green space, Tiergarten is located right in the city center within walking distance from the Brandenburg Gate. It spans across 210 hectares, and it is quite popular with runners. There are plenty of well traveled jogging routes available online ranging from four to 43 km. The best way to finish a run out here is with a victory lap through the beautiful street, Unter den Linden, beneath a canopy of linden trees with the Brandenburg Gate at the far end.
More Info
Open In Google Maps
Straße des 17. Juni, Mitte Berlin, Berlin, 10785, Germany
+4930901833101
Visit website

In addition to the Spree and its many surrounding lakes, Berlin has a canal system running through its west side. Landwehrkanal in Kreuzberg is a popular hangout for locals as there are plenty of places along the canal for relaxing in the evenings after work when the weather is nice, along with a smattering of bars, cafes, and restaurants offering terrace seating. While the path along the canal receives its fair share of mothers pushing babies in prams, cyclists, and the occasional cluster of confused tourists, the picturesque water lined with old weeping willows makes a jog here totally worth maneuvering around any people encountered on the path. 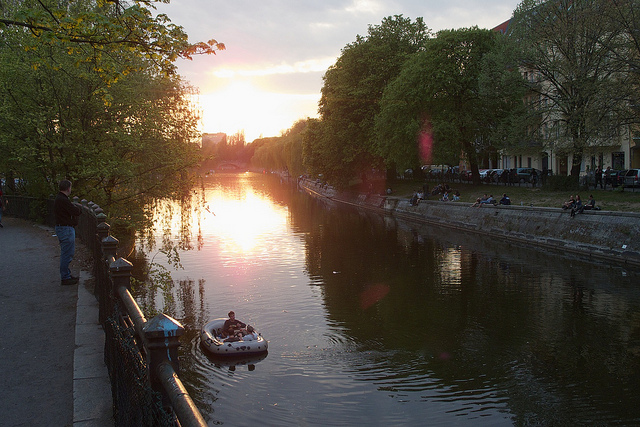 Park
Hohenschönhausen | © Fritztram/Flickr
A jog through Hohenschönhausen in northeastern Berlin will offer a quiet escape from the more popular running paths in the city. There is a jogging route that takes runners past several different natural spaces worth seeing, including three small lakes, a park, and a nature reserve. While most of Berlin is flat, Hohenschönhausen contains periods of both descent and incline to help liven things up a bit. From this route, it is also possible to pass by the historic water tower and the Hohenschönhausen Sportforum, an Olympic standard sports complex.
More Info
Open In Google Maps
Berlin, Germany