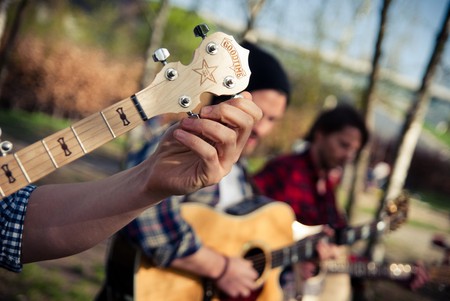 A guitarist tuning his guitar in Mauerpark | © fronx / Flickr

Berlin is a haven for artists from all over the world and the streets of the city are alive with their creative influence. Filling the streets with song, buskers and street artists brave erratic weather and potential permit woes to bring their sound to the city. A scene that’s lively, friendly and immersive, we spoke to solo artist Harry Charles and Bennet Cerven from the band The Trouble Notes to discover more about Berlin’s vibrant street music culture and their own experiences in the city.

When did you move to Berlin and what drew you to the city?

Charles: “Originally it was the rumours of this place that I’d heard from other New Zealand artists such as Fat Freddy’s Drop and Ladi 6. Then I became friends with a couple of German guys who were travelling to New Zealand in 2012 and before they left I promised I’d come to visit. It was the first time I’d made friends from the other side of the world, so two years later I took the opportunity and booked a one way ticket. My intention was to move to Berlin to grow as a musician and as a person and it’s been four years now since I arrived.. and things keep evolving every day!” 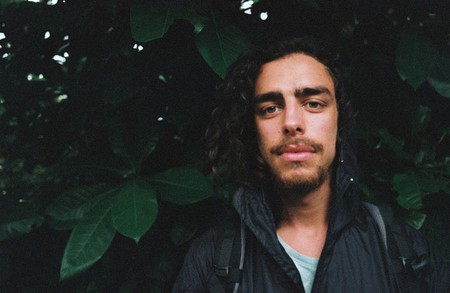 Cerven: “I moved to Berlin at the end of 2013, and from the moment I arrived I knew there was something very special about the city. There is a creative energy in the air that permeates into everyday life here – and that energy helps drive my own inner innovative spirit. As a composer and travelling musician, Berlin has a way of invigorating my mind and helping me produce new work.” 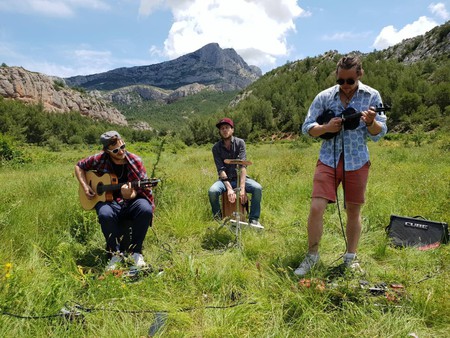 Tell us a little bit about your music and influences

Charles: “The NZ music scene surrounded me from an early age. There’s a really strong local scene there, but also my family were a big influence. While growing up my father and uncles and aunts were always playing music. The parties they had mostly consisted of two guitars and everyone’s voices instead of a stereo. Then it was my cousin, Jade, who got me into Michael Jackson when I was very young, and ever since then, I’ve been obsessed with music.”

Cerven: “I am a classically-trained concert violinist, I started when I was four years old, but as I got older my lust for travel transformed my direction into composing. My dream has been to travel and immerse myself in the traditional and popular music of each culture, with the hopes of my own cultural universe, mixing influences from all over the world into songs. The music is a soundtrack of personal memories mixed in a colourful melting pot of different traditions, touching on deep and complex stories of the human condition and social experiences. My goal is to build bridges between cultures, in the hopes to foster an even greater understanding through the language of music.”

Have you done much busking/playing on the street?

Charles: “It’s been my main summer job for the past four years. I would be out playing almost every day of the week and every day would be a different experience. It’s addictive, but on the contrary, it’s also a lot of hard work. Dragging your gear around the city, polizei (police), crazy people (sometimes lovely though) and the ever-changing weather patterns all influence your busking missions! But I am where I am now because of busking.”

Cerven: “In June 2013, I quit a career in New York City and boarded a plane with the intention of travelling the world as a street musician. For years busking was my life and it was the greatest influence on my music. My relationship with the street is unique: it was my rehearsal room, my advertising board, and a place to create new music drawing inspiration from crowds and historical buildings. With time, The Trouble Notes have grown and we have shifted from full-time street musicians to performing more festivals and stages. However, we have not abandoned the streets and continue to have our ‘busking therapy’ a few times a month when we have an off-day during our tours.”

What’s the street music scene like, in your experience?

Charles: “Musically, I wouldn’t be where I am now if it weren’t for the years of busking. It’s the perfect way to practice, you perform to the public passing by, on occasion you make good money and you meet literally everyone. Some of my dearest friendships to this day were formed at Warschauerstraße U-Bahn. It’s crazy; basically all of my experiences and adventures have come from just playing the guitar. I gave what I had to the world and the world gave a part of itself back to me.” 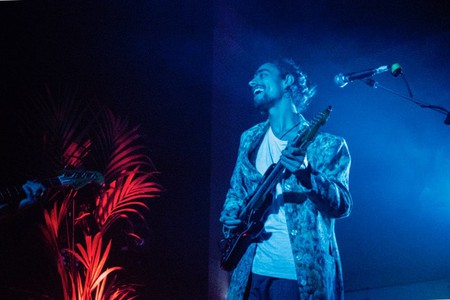 Cerven: “When I first came to Berlin, I was almost exclusively playing in the street. With The Trouble Notes, street music is a huge part of our identity and a way to connect with a local audience very directly. That creative energy I was referring to also helps draw people toward street art, as they are willing to find inspiration from every nook of the city, and that further strengthens our bond with the audience here. That said, I do believe that street music is slightly under attack in the city as the inhabitants mature and the city gentrifies; the changing landscape has created some blowback for the artists here.”

Charles: “With countless venues and bars in Berlin it’s really difficult to name a favourite. But if you’re spending time in Kreuzberg, Friedrichshain or Neukölln, then without a doubt it won’t be long until you find something that tickles your fancy. And if you’re after a good boogie then I’m sure you know where to go… Just follow the music!” 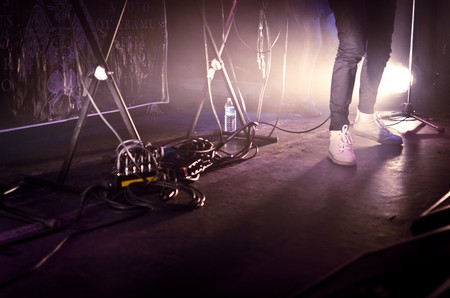 Cerven: “Berlin has a number of places that are special for music. As a performer, Festsaal Kreuzberg was probably my favourite place we did a club concert. However, the Oberbaumbrücke during the Open Air Gallery highlights my year each summer as a magical place to perform. If I’m going to listen to quality music in a special place, I often head to Prenzlauer Berg’s Al Hamra on a Sunday evening for The Sesh. This is a kind of open stage jam where artists from all over the city and the world come to play songs in front of an engaged audience. Al Hamra will always be a kind of second home for me here in Berlin; they are part of my family.”