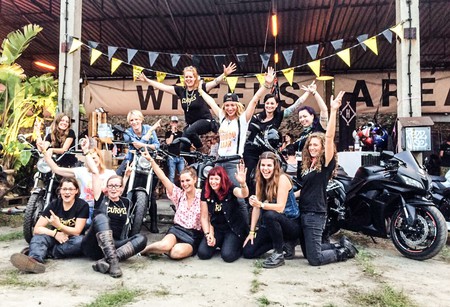 The Curves are Berlin’s all-female motorcycle club and powerful girl gang, with a passion for speed, mechanics and motorcycles. These women are redefining the hyper-masculine image of riding a motorbike and showing the scene who’s boss. We met with one of the leader of the gang, Cäthe Pfläging, to chat bikes, festivals and what it takes to be a part of the Curves. 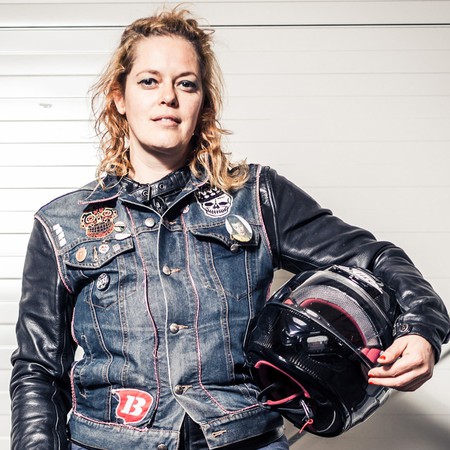 Get to know the Curves

Before starting the Curves, Cäthe Pfläging had been riding and attending motorcycle festivals in Germany and across Europe for some time. She began to notice that women rarely came together at these events: “there were always a lot of motorbikes in Germany and there were one or two girls that I knew who were riding, but they didn’t know each other and they were always riding alone,” she explains. In an effort to create more of a community between the women riding bikes Cäthe, along with eleven other girls decided to come together and create an all-female crew. And so, the Curves was born. 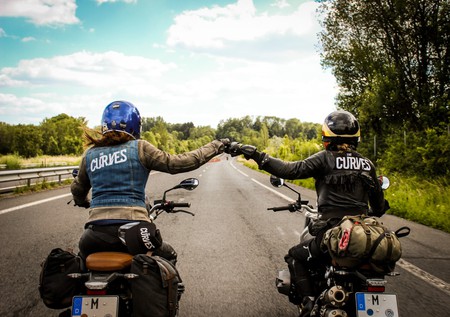 Four years on they’ve grown in size and popularity, but the crew remains a tight-knit group, “it’s like a family,” explains Cäthe. To maintain this atmosphere the group has a level of exclusivity, and when asked if anyone can join, Pfläging laughs and shakes her head, “no, you need to ride with us for a whole year, and if you’re still on it and love it then you can become a member.”

For the 20-woman strong crew, riding together regularly is a bit part of the Curves, “we go riding regularly and do appearances at a lot of festivals,” says Cäthe. These rides and appearances are a source of inspiration, as their strong, fearless persona is shown in the crew’s effortlessly cool online presence and well-documented trips: “if girls see us out there unafraid and proving it’s not that difficult, they’ll be more inclined to try it (motorcycle riding),” says Cäthe.

Their presence and attitude around motorcycles undeniably cement the Curves as role models for women, and they’re also working hands-on to get more women showing up in the scene. As the multifaceted crew also “do mechanical workshops in the winter, riding training for men and women and bike building,” for Cäthe training is a big way to help give women the confidence to ride. 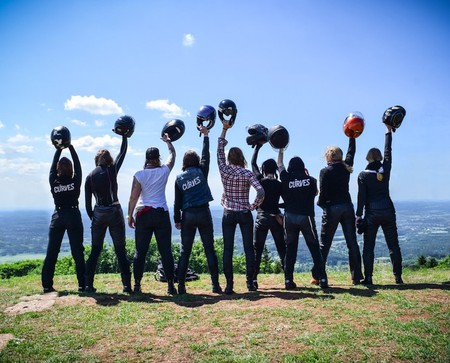 There has been a shift in the motorcycle scene over the past decade which has helped welcome women into the scene. As Cäthe explains, “the boys’ group got more diverse, and it was looking a bit more friendly and younger.” It was around this time that the number of women riding bikes increased, “it looked more fun and colourful, not just leather-wearing guys, everything got less serious and that’s how the girls became apart of the picture, I think,” says Cäthe. Statistics back this up, with the Motorcycle Industry Council reporting an increase of 52% in female bikers in the US between 2003-2008, and MAG UK highlighting that 525,000 women in the UK now hold motorcycle licenses. Cäthe says encouraging women to get their licence can be the first step to getting women on bikes, “with the motorcycle licence, we have to shake them up and say come on, do something dangerous once in a while!” 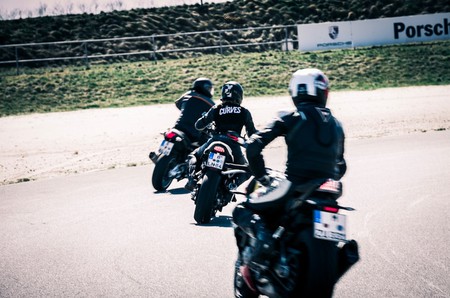 This is why training and understanding the mechanics of bikes is also important: “motorcycling is a demanding sport and one where you need to understand the mechanics, some women just need encouragement,” says Cäthe. The Curves provide this encouragement through their training, “we do training, we invite everybody, boys and girls, but it’s usually 60% favour in girls.” Although the training is mixed, the ratio of men to women can be motivating, “if more girls are in it they see they need to step up, they encourage each other and push each other,” explains Cäthe. 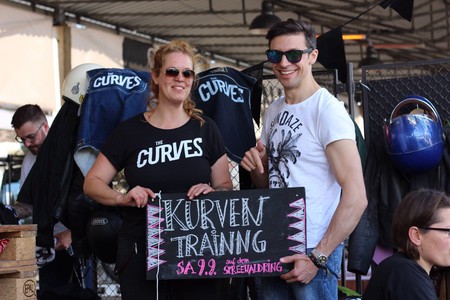 The Curves are proving that riding a motorcycle isn’t a man-made scene, and aside from the training they’re also getting their hands dirty by building bikes and running mechanical workshops. The Curves also have their “own all-girls festivals, which our member Irene Kotnik founded and it’s so great that she’s done this, with all her heart and soul,” Cäthe says. The festival is called Petrolettes and runs every year in July, bringing together women from across Europe to race, ride and have an awesome time. 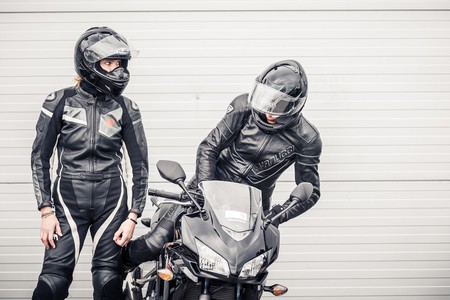 Two members of The Curves on track day | © Daniel Großjohann

Started in 2016, the Petrolettes Festival is the embodiment of the clubs fun, boundary-pushing ethos. “This festival is only for women and strange and beautiful women are coming from all over Europe and the world,” Cäthe explains. The all-female affair is still small in size, “it’s a cute and tiny festival, about 350 girls,” says Cäthe, however it provides a space for women in the scene to let their hair down and have fun at the races in an environment that is more inclusive than bigger festivals. 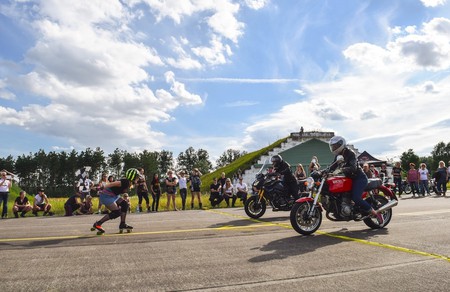 Women are invited to come alone and camp at the festival based just outside of Berlin, and the weekend is filled with plenty of events and entertainment. It’s a huge mix of talks, rides, marketplaces, concerts, yoga sessions and plenty of positive vibes. Starting on July 20, the festival runs throughout the weekend and promises a wild, wonderful and inclusive atmosphere for the badass women in motorcycling. 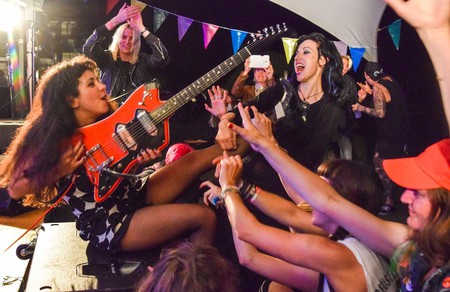 Encompassing all areas of the motorcycle scene and actively inviting and encouraging women to get involved, the Curves are breaking down barriers and setting a strong example for women in Berlin and beyond.