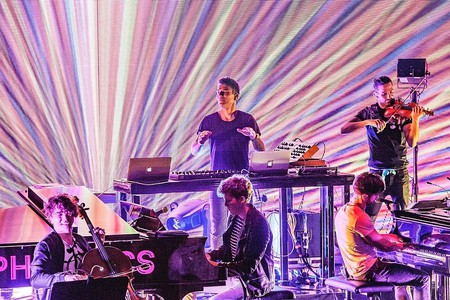 They’re joining the ranks of talented artists who are blurring the lines between classical and electronic genres. Meet Symphoniacs, the music project whose stunning live performances and pop-infused lineup are reviving classical music.

International electro-classical project Symphoniacs is bringing together classically trained artists, keen to push boundaries and rebel against the perception of classical music. Started by the Berlin-based producer, composer and electronic-artist Andy Leomar, the group refuses to be categorized, combining futuristic classical music with pop and club music. 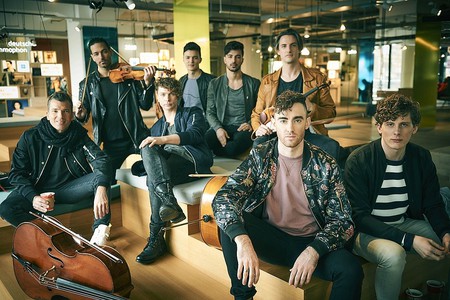 A new generation of classical music

Symphoniacs brings together two genres, seamlessly blending them to produce an organic acoustic sound, electronic beats and pop hooks. The band’s sound is paired with stunning light shows and exciting live performances, bringing their style to new heights. Andy Leomar, who started the group, sees it as an ever-expanding global network of outstanding classical artists. Acting as a sort of new conductor, he directs the classical ensemble of violinists, cellists and pianists on stage while bringing the whole musical experience together using sequences, synthesizers and drum machines to add the electronic sound. Often covering popular songs and artists, the group takes the artistry and precision of classical music and brings a new-age element, proving that classical music can be fun.

Mixing classical and electronic music is not a new trend, and in an interview Leomar points out that ‘electronic music follows basically the same sound structures that were used by Bach. Without classical music, not only would the existence of pop and electronic be unthinkable, but almost any other musical genre as well.’ As such, the blending of these styles works in a far more logical and comprehensive way than many untrained musicians would imagine. With Symphoniacs, the aim is to push the boundaries of this and employ creative friction, breaking away from conventions. ‘I didn’t just experiment with both music genres, but with various ways to produce new acoustic sounds and use unusual playing techniques, too,’ Leomar explains. However, the band’s revived approach goes beyond the Symphoniacs contemporary sound and into their live performances—it’s entertainment without the serious classical setting.

Symphoniacs is bringing classical music to new heights, reviving its reputation and making it accessible and cool again. Leomar feels it’s rewarding to encourage a new generation of classical musicians with the group’s music, saying ‘it’s an amazing thing to be able to inspire young classical soloists with something new. And through this mix of electronic sounds and beats, we compliment the classical instrumentation and bring it into a new dimension.’