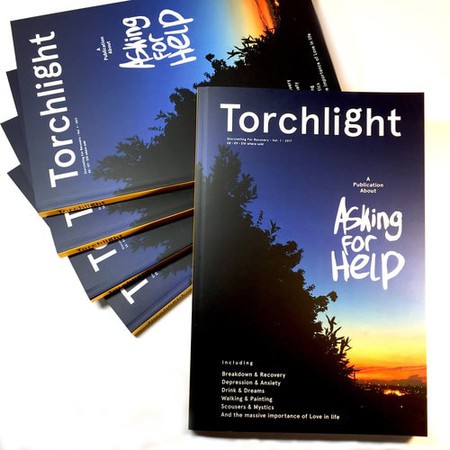 Torchlight System is a new platform focusing on mental illness, breakdowns, recovery and the importance of asking for help. The publication and practice cards have embraced the power of storytelling, as creator Kevin Braddock offers an honest, non-judgemental approach to recovery. Rooted in personal experience, Torchlight highlights the power of storytelling – as the platform continues to build a community in which people have the support and power to share and, most importantly, ask for help. 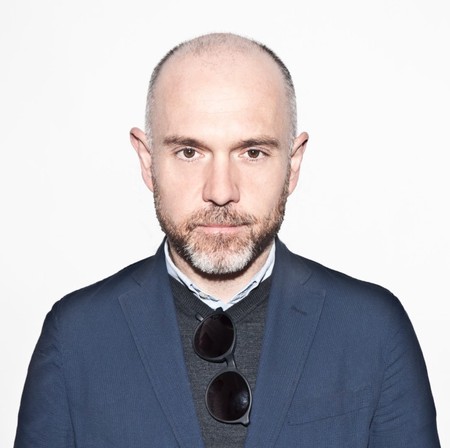 Can you tell me what Torchlight System Project is?

Torchlight System is a project I founded based on the idea of storytelling for recovery: using narrative, speaking, and writing to help people deal with and recover from mental illness problems such as depression and anxiety. We call it a system because it’s based on three very simple ideas: Ask For Help – an important message for people suffering, Tell Your Story – because speaking openly about these issues helps the sufferers and others to know that they’re not alone, and Share Your Practice – find out what works for your in recovery, build a system and share what you’ve learned with others. The basic elements of this project are a publication I made called Torchlight, which tells the story of the breakdown I had a few years ago and my subsequent recovery, and Practice Cards which show daily suggestion for dealing with anxiety and depression and living in recovery. We present these in meetups we call Firegazing: come along and hear a story, tell a story and share your practice. 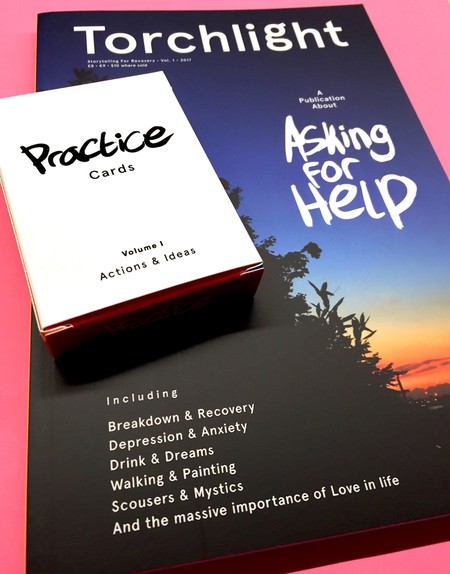 How did you decide what to put on the playing cards?

When I began to recover from a ‘major depressive episode’ in 2014, I was looking around for things that would help me feel better, reading a lot, listening to people and trying things out, from tai chi and yoga to prayer and meditation, sobriety, volunteering, fitness, spirituality, philosophy, mindfulness, clean eating and so on. Everything worked in its own way and after a while, I realised there was no single answer but many. There are two kinds of Practice Card: ideas, which are physical things to do, and ideas which are visualisations, meditations and wise sayings. These are all things that helped me get over this breakdown and continue helping me every day. So we turned them into a pack of playing cards. Shuffle the pack, pick two cards, try to complete one idea or action every day, and build positive habits every day. Practice Cards are a way to make a game out of ‘getting better.’ 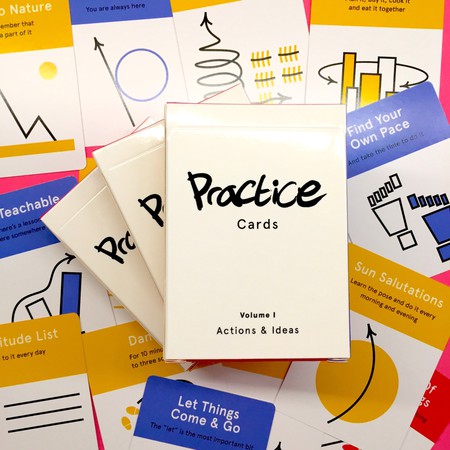 What made you first decide to share your story in this format?

My background is in magazines and I’ve been a writer-editor on titles such as GQ, Esquire, The Face and The Guardian. I had this major depressive disorder while I was living in Berlin in 2014 and quite soon after someone I know said, ‘from now on, be completely open and honest about this stuff and seeing as you’re a writer, why not write it all down?’ I thought that was a good idea so decided to make a publication about this story. Torchlight is somewhere between a book and a magazine. In some ways, it’s an experiment in publishing, but also it’s a way to contain the story in a familiar, attractive and easy-to-digest format. 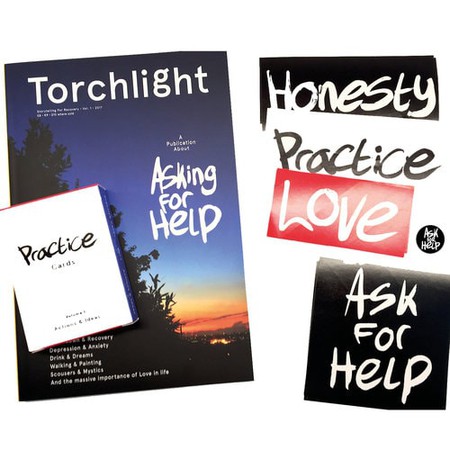 Do you think the physicality of Torchlight – as opposed to being entirely online for example – is important for its audience?

I do, yes. Print is an empathic medium in the sense it can be held, touched, engaged with, given and passed on in a way that digital can’t. It lives in a different way with its readers. I think it’s perfectly okay to publish stories online, but immediately they are in competition for reader’s attention with every other instant post. Similarly, screens reduce IRL (in real life) interaction, and in terms of recovery, speaking to and being literally, physically present with others is very important – perhaps the most important thing. Mental illness isolates the sufferer, and helping them back into social engagement with others and getting them living beyond the labyrinth of their own cognitive circuits is a big and vital thing on the road to recovery. 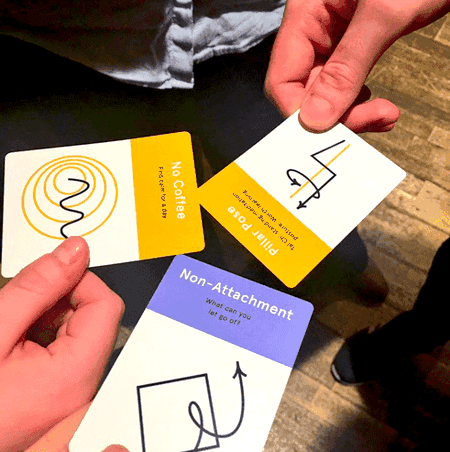 Since the publication launched have many readers reached out to you with their own stories?

Yes, one of the effects of my storytelling is that it encourages others to open up about their own issues. With mental health, we struggle with language – the medical or diagnostic terminology which sounds clunky and inhuman, ‘major depressive episode,’ for example, and on the other hand the rather euphemistic language of ‘wellness’ and ‘wellbeing.’ Whether or not someone has anxiety, struggles with anxiety, or is a person with anxiety, what they also definitely have is a story, one which can probably help others when it’s told. 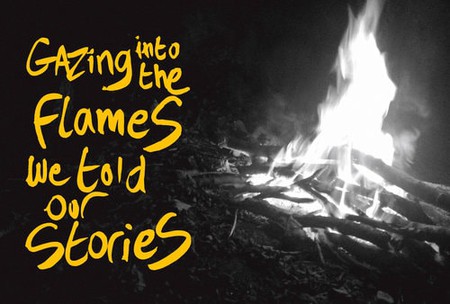 Do you think mental health is a topic that is particularly important for men to talk about?

Yes, very much so, but as I say, this isn’t only about men. Men struggle with opening up because they are socialised to see strength as the cardinal virtue, whereas women tend to be better at sharing and talking about their emotions. I think it’s a myth that men don’t talk about their emotions – just that it’s more difficult for them to find the right circumstances and channels in which to do so. 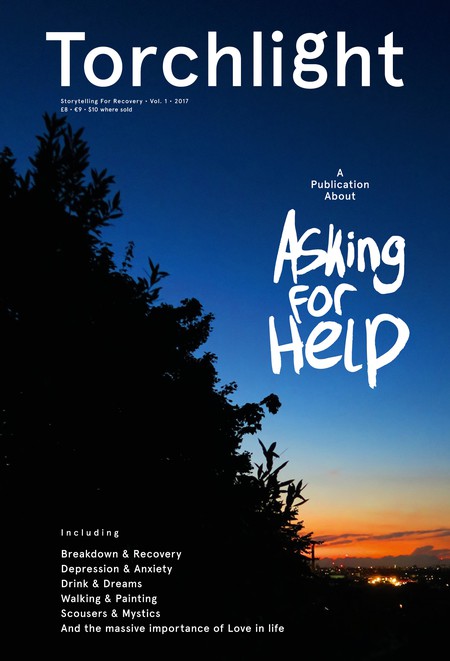 In what ways have you experienced/seen a breaking down of mental health stigmas, particularly for men, since starting this project?

In the UK at least the conversation is growing and accelerating in terms of people opening up about stuff that has for a long time carried a stigma. We’ve had sports personalities, musicians, business leaders and even princes talking about their struggles. Men under the age of 45 are a critical constituency in that they are the most likely to die by suicide, and in the UK suicide is the biggest single killer of men under that age, but at the same time depression, anxiety, bipolar, addiction and so on are illnesses that transcend gender, age, race, creed, status and just about everything else. They’re human problems.

The message of Torchlight is very much ‘ask for help’, what are some of the ways you encourage people, but especially men to do this?

The choice I faced one day was between ending my life or asking for help. Although in some ways it was more frightening to ask for help and let people how weak and needy I felt, I discovered that people want to help, change is possible and there is life beyond what we call depression, or the “madness” that can lead people to believe that suicide is the only way. But asking for help is a general principle to live by – if you can’t do something or need help with something, drop the shame, and ask. Depression is very closely linked with shame, in some ways I think that depression is shame: the feeling of not being good enough. But part of being genuinely and authentically human is to feel weak, vulnerable and in need at times. 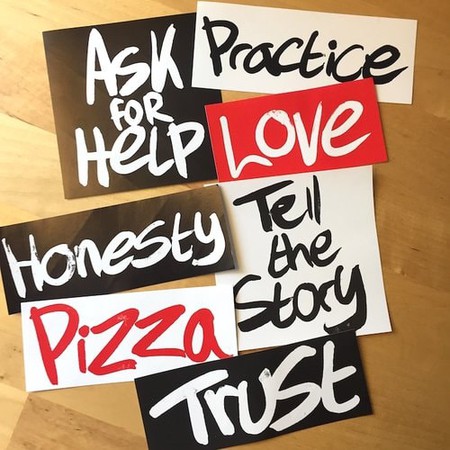 Since the sold-out success of the first Torchlight publication, I guess the question on everyone’s lips is: will there be a second edition?

Yes. We are making a volume two to be published this year containing a range of stories rather than just one, along with the second volume of Practice Cards with a different theme, and a pocketbook companion guide to the existing Practice Cards.

How can supporters of this project help out?

Sign up for the newsletter on the website, follow us on Facebook, Instagram and YouTube, check out the products on torchlightsystem.com/buy, pass the message on that it’s okay to ask for help, tell their own story or get in contact with us to collaborate on doing that. Our BHAG mission is to get 1,000,000 of our products anywhere where people may be looking for help: schools, businesses, clinics, community groups, recovery centres and so on.