The Most Inspirational Women From Berlin 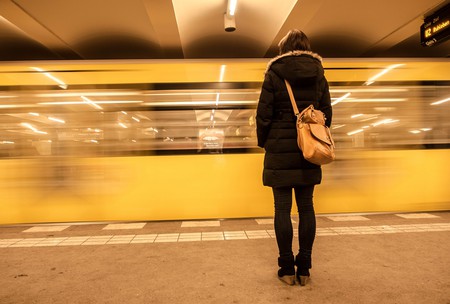 This year has already been an inspiring one for women as they have stood up, spoken out and built movements to protect and fight for female rights. To celebrate this solidarity and strength, we take a look at some of the most inspiring women in Berlin.

Annamaria Olsson is the Founder and CEO of Give Something Back to Berlin (GSBTB). The award-winning project platform and network foster community integration, intercultural dialogue and cooperation between Berlin’s diverse migrant populations. Swedish-born, Annamaria has lived in Berlin since 2008 and has been developing the GSBTB concept since May 2012. She has over 10 years of NGO experience from Sweden, and studied German literature at the Humboldt University Berlin and has a BA in Political/Philosophy and Gender Studies from Uppsala University. In 2014, Annamaria published her first book, Mitt Berlin, a guidebook to Berlin. Currently, Annamaria continues to work with GSBTB to create projects, foster community growth and create tools for an inclusive network that counters anti-migrant discourse. 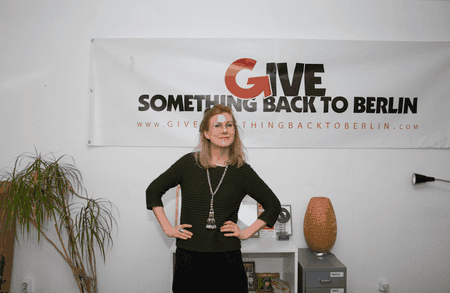 Yasha Young is the director of Berlin-based contemporary art platform Urban Nation. The international institution for art, creative projects and social exchange, is not only responsible for some of Berlin’s beloved street art murals, it’s also a non-profit education and networking platform. Yasha’s goal was to build an inclusive launch pad for careers and a space for development, research and archive for urban and contemporary art that is inclusive. Opening in 2013, she has certainly achieved this and continues to create a zero-barriers educational space, founded from her extensive experience in the art world as a curator, collector and agent. Yasha has created a living and breathing institution that supports artist, curators and collectors as well as other like-minded institutions and creatives. 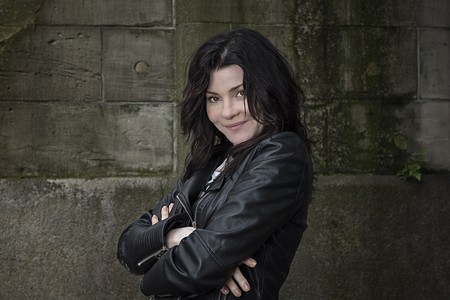 Taking the tech-world by storm, Ida Tin is the co-founder and CEO of menstruation and ovulation tracking app, Clue. Danish-born, Ida is an entrepreneur and author who is credited with coining the term ‘femtech,’ which refers to technology that focus on women’s health. A dynamic entrepreneur, she previously led motorcycle tours around the world, with her father and published a book about her experience titled ‘Direktøs,’ which became a Danish bestseller. In 2015, Ida was named the Female Web Entrepreneur of the Year at the Slush conference. She continues to be a strong female voice in the startup world. 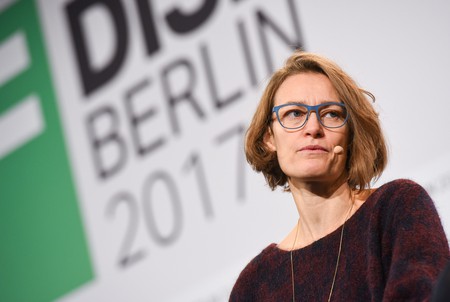 Humanitarian, photographer, author and co-founder of im gegenteil, or ‘on the contrary,’ Jule Müller seems to do it all. A native Berliner, Jule, along with her friend Anni Kralisch-Pehlke started their successful lifestyle-slash-dating blog, im gegenteil, that moves beyond the stiff, impersonal approach of some sites to bring something totally new to online dating. Jule has also worked passionately with refugees and in the summer of 2016 she headed off to Malta to be apart of a 16-person crew who saved refugees from drowning off the Libyan coast. In this effort, the crew saved 131 people from drowning. She was also the initiator of a refugee campaign #HelpdontHate, a community of content creators from Blogfabrik in Berlin, who created the campaign to send a clear message against racism and hate, that also raised funds for several charity groups supporting refugees. Jule is also a successful author and photographer, compassionate and successful, Jule Müller is a German powerhouse. 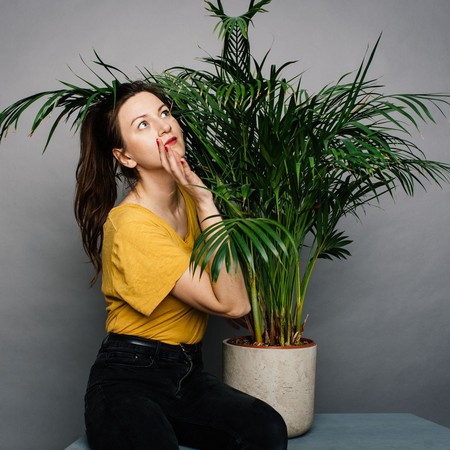 Sophia Hoffmann is a vegan chef, cookbook author, Youtube cooking host and food activist. With a background in journalism Sophia started out as a freelance food writer and recipe developer, until 2012 when she started her own catering business, hosting popular pop-up dinners, events and cookery classes across Germany, Austria and Switzerland. Her food focuses on plant-based, natural and sustainable. In 2014, she published her first book and was honoured with the Provamel Veggie Star award and the Think Vegan Award. The next year she started her own Youtube cooking show and in 2016 she released a second book, collaborating with 10 female food entrepreneurs entitled ‘Vegan Queens.’ She is also an active member of the Feminist Food Club, an all-female gastronomy network based in Berlin. Furthermore, Sophia works to raise awareness for food waste through Zero Waste Cooking workshops at events like Berlin Food Week, where she is on the jury of the annual Gastro-Gründer-Preis. 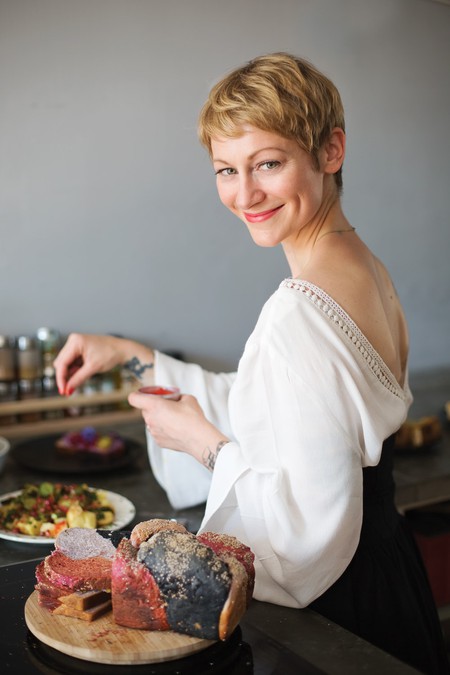 Nasheeka Nedsreal is a performance artist from Louisiana, working across movement, theatre and music. After studying Dance and Fine Arts, she moved to Berlin, producing a body of work that explores identity, female and African diasporic narratives, intimacy, ritual and improvisation. She has performed at Ballhaus Naunynstraße, KW Institute for Contemporary Art, Ada Studio, Dock11, and many other spaces with various artists throughout Germany, USA, and India. In 2014 Nasheeka founded Soul Sister Berlin, a collective dedicated to connecting women (and all who identify as women) of colour throughout Germany and Europe. Nasheeka also works as a fashion model, stylist, actress and childhood educator; teaching English, Dance and Theatre, in schools throughout Germany. In 2016, she began teaching a Contemporary Fusion dance class for women of colour under the title Black and Brown Bodies in Motion, a phrase coined by Valerie McMillan. In 2017, she joined Berlin-based dance company, Grupo Oito, where she continues to work and perform today. 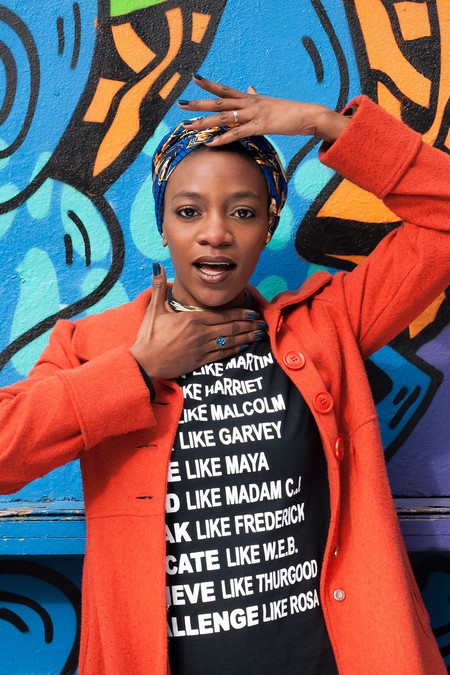 Laura Gehlhaar is an author, blogger, coach and public speaker, tackling issues about inclusion and women with disabilities. Her first book, ‘Can anything be done there?’ is a profound and entertaining collection of stories from her everyday life as a woman in a wheelchair in Berlin. With a clear attitude, perseverance and feeling she takes her audience by the hand and guides them through her experience, telling her story without self-pity and with disarming self-irony. Giving a powerful voice to women with disabilities she also gives talks about social inclusion. Furthermore, with a degree in social work and psychology, Laura also offers individual and paired life coaching to empower and support people. A truly inspiration women, Laura draws on her own experiences to help promote, support and build inclusion and understanding. 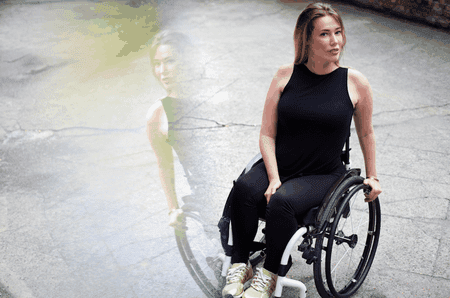