The Culture Trip Berlin gives you an insight into Berlin’s most innovative, outstanding and celebrated opera house, Komische Oper. Creativity on its highest level, it generates productions that are addictive without ever being dusty classical opera. 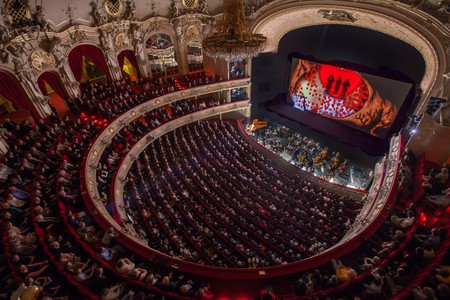 Just recently awarded with the much sought-after title ‘Opera Company of the Year 2015,’ the Komische Oper Berlin, once again, made a statement. It is for the people, for everyone, for the common — it is exactly what ‘Komische’ represents.

Influenced by the French genre ‘Opéra comique,’ the Komische Oper, from its inception in 1947, strove to be close to the people. Therefore, several initiatives followed. Every piece is staged in various tongues everything from Russian to French (with subtitles), plus the company offers all kinds of guided tours behind the scenes, moderated rehearsals and opera for children. It has made a name for itself due to the state-of-the-art music theater and fresh, innovative performances. 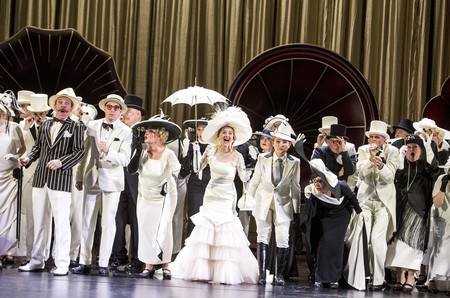 The Komische Oper has been nothing but creative when promoting themselves. They produce a trailer for each play they have in their repertoire, and fans can follow the company virtually on every social media outlet. They also offer the Oper-O-Mat, which is very helpful for beginners and utterly amusing for experts in terms of opera. This tool helps the visitor choose their personal favorite according to the analysis of their answers to some hilarious questions like ’How many corpses on stage can you stand on one evening?’ or ‘Nudity on stage …?’. It’s definitely worth trying.

But the company also deals with more delicate subjects such as integration. Since 2012, a bus, with a selection of musicians from the house, tours throughout Berlin with a mediation program and performs at schools and facilities with a high percentage of foreign inhabitants. The project is called ‘Selam Opera’ and features mainly Turkish immigrants, with the core idea of an intercultural dialog.

Since the opera house performs every piece in German, one could think that their main repertoire is probably Wagner; however, this is absolutely not the case. They realize that sitting for more than five hours in an opera is not considered people-friendly. In fact, the Komische Oper has set the standard of selecting the most exquisite and, at the same time, most folk-like works of international music-theater, as they state on their website — focusing on both the music as well as at the theatrical performance of a piece. This also extends to the selection of the house’s singer ensemble; absolutely everyone of them has a great talent for acting. When watching a play in the overwhelmingly beautiful opera house in Berlin Mitte, the audience can not help but feel the joy of all the participants performing.