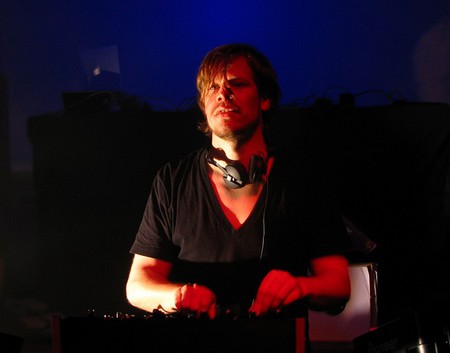 Most Berghain goers will know the massive crowds inside and the even longer lines outside the club when Innervisions label nights are hosted. There must be something special about the label which makes people stand two hours in line just to party to its music. Read on to explore the history and offerings of this iconic label.

When it comes to electronic music in Berlin you should probably know about Innervisions. Innervisions is a record label founded in 2005 by three of the most talented DJs Berlin has to offer. Kristian Rädle, Frank Wiedemann and Steffen Berkhahn, known as Âme and Dixon, had the idea to establish their own musical scene. It all started with a series of events in Berlin’s club Weekend called ‘Innercity’. Due to the positive feedback, Rädle, Wiedemann and Berkhahn decided to go one step further and found their own label.

The huge growth of the label

Needless to say, their productions are incredibly successful, otherwise Innervisions would not be as well known all over the world as they are today. After only three years, Innervisions became one of the top five house labels in the world. The label has gigs and label nights everywhere in the world, from Germany to Japan; clubs in every big city welcome them with open arms. And their numbers speak for themselves; Innervisions has 120 000 Facebook followers and 170 000 on Soundcloud. Âme’s and Dixon’s own releases are guaranteed to be played on repeat in clubs, as was the case with their major remixes for Osunlades Envision.

Who is part of Innervisions?

Besides Âme and Dixon, the Berliner DJs Henrik Schwarz and Marcus Worgull play a big role in the label. Nearly everyone who has a name in Berlin has released at least one EP through Innervisions. Ruede Hagelstein, Monika Kruse and Marco Resmann are a few examples of Innervision’s very long celebrity list. But not only Berlin based or German artists are featured at Innervisions. One of the most remarkable EPs was probably that of French techno guru Laurent Garnier in 2008. It was his first EP in five years and he specifically chose Innervisions as his platform. Innervisions’ next release will be their 62nd, and is titled ‘Too Much Informations (Remixes)’ by Dele Sosimi Afrobeat Orchestra, out on the 11th of December 2015.

Innervisions has a series of events called Lost in a Moment. It was very successful last year, with stops all over Europe. Normally they don’t play in clubs but rather look for unusual locations. Last year, the location in Berlin was an open air spot at the Schönholzer Heide in Pankow. In 2015 they played at Burg Rabenstein, a castle just outside of Berlin, to try and make their event more special and atmospheric. Needless to say, tickets sold out almost immediately.

Innervisions have become bigger and bigger over the years, and producing is by far not the only thing Âme and Dixon are working on. The Muting the noise website offer merchandising products, where you can buy shirts, headphones, bags and a lot more. They have even cooperated with Hugo Boss, Carhartt and Stüssy, just to name a few. It can be worth waiting two hours in front of Berghain to experience their parties and music, knowing what’s behind their success. Not only are Dixon and Âme worth hearing live, but Innervisions’ whole package is quite the spectacle.