In Conversation With Vladimir Karaleev: Fashion In Berlin

In an interview with Berlin based fashion designer, Vladimir Karaleev, we discover the thoughts and inspirations behind fashion design and what makes Berlin’s newly burgeoning fashion industry special, from widespread international influence to unique and independent brands and start ups. 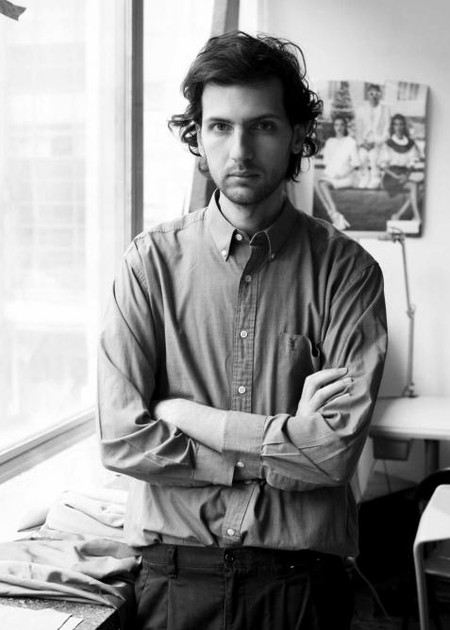 Originally born in Sofia, Bulgaria, Vladimir Karaleev moved to Berlin in the early 2000s to study fashion design, just as the fashion industry in the city was beginning to develop into what it is today. He got his start when, after finishing his studies, he and a graphic designer friend created a collection. They had a show, and buyers from Japan purchased the entire collection, which ultimately sold out very quickly. The buyers commissioned him to continue designing a new collection for each season because people were now following his brand. From what he calls ‘a lot of learning by doing,’ Karaleev has developed a distinct body of work, and he has become embedded in the Berlin fashion scene, having watched it grow from its humble beginnings. 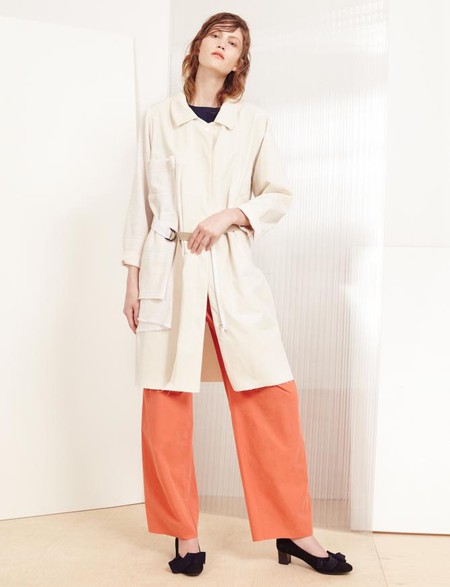 On the topic of his work…

Human body and architecture in motion

The human body and its role in clothing is an important element in Karaleev’s work. His style of design is characterized by what he calls the, ‘intense study of the human body.’ Moreover, his work is especially inspired by Asian fashion aesthetic trends, which are not so much about form fitting clothes as a means of accentuating the body, as western clothing tends to be. Instead, movement is a significant thing. Particularly, the significance of the space between the dress and the body is something that captivates him and inspires many of his pieces. He strives to capture freedom of motion in what he calls ‘architecture in movement.’

Fashion: an exercise in experimentation & deconstruction

Many of his pieces also center around the idea of deconstruction through destroying conventions in fashion and putting them together in a new and elegant way. Karaleev uses unique tailoring or takes multiple different pieces of materials, combines them together, and makes them wearable, resulting in a new mode of creation, ‘giving it [his creations] a subtle detail of something special.’

For Karaleev, the aim is that when someone wears a piece from one of his collections it ‘gets attention but doesn’t put you in the spotlight, it’s all about the balance… People want something special, but they don’t want costumes, they want their clothing to be wearable.’ He describes his collections as featuring ‘basic pieces with a certain statement, but…not too loud,’ so as not to overpower. He emphasizes the importance of the balance between accentuation of the individual and also the special nature of the clothing itself. Fashion collections have to be globalized so that individual pieces appeal to the very international audience of buyers. Here too, designers, ‘have to find the balance, to hug everybody with one collection.’

Karaleev’s inspiration is largely drawn from what he thinks trajectories in trends will be, through attending trade shows and witnessing textile innovations as well as through going to cities like New York, Paris, London, or Tokyo that are most important for fashion sale and consumption. He observes both what is popular in the mainstream and what is going on in the more high-end, trendier areas in the city because here is the home of the fashion zeitgeist. ‘I love this German word,’ he remarks.

To be successful in the increasingly globalized fashion industry, Karaleev must rely on intuition in predicting if the inspiration he gets from these observation will come too late or too early to be positively received in the fashion scene. ‘It’s not good for commercial success to be too much ahead because then people don’t get it. And of course not too late, I’m always worried that I’m making too late. Sometimes I play maybe too safe. I don’t want to push it too hard because I don’t want to scare people,’ he explains. Therefore, a lot of achieving success in the industry is about taking timely chances. Karaleev emphasizes the importance of developing a sense of intuition through experience to guide creative decisions. 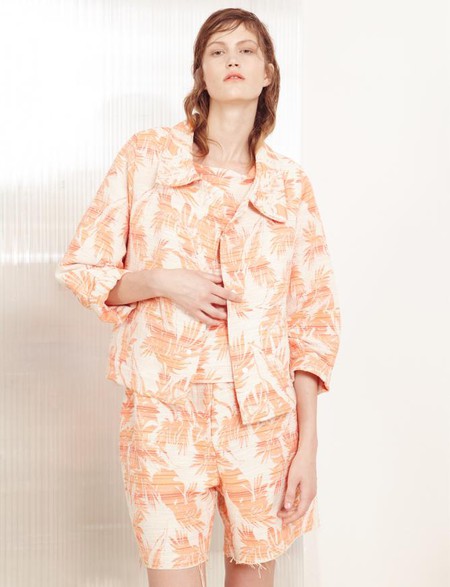 On the topic of Berlin’s fashion industry…

When Karaleev first arrived in 2001, the styles that were trending were ‘accessible.’ It was ‘growing’ because people were moving here and contributing to the scene. Many people at this time were wearing secondhand and vintage clothing, ‘party fashion’ for going out. He explains that the Berliners he witnessed when he arrived, ‘…were dressing crazy…. [The] fashion was just a certain style, this ironic 80s revival’ he recalls, ‘the most important year of the 80s was 2001 in Berlin.’

The beginnings of what Berlin’s fashion industry is today

As Karaleev sees it, fashion development over the last decade and a half has changed 180 degrees since he first arrived here. When the first brands were established, designers were very enthusiastic to build a brand and sell it, but it was mostly vintage shops that were selling brands by the budding fashion designers of Berlin. It was when a concept store started selling these brands by local designers in a more high-profile way that the sense of fashion consciousness in Berlin began to take hold. In turn, this made more people want to try creating a brand.

These changes mostly took place in East Berlin because after the fall of the wall this area was still developing, and it was cheap to live here with little income. Therefore, lots of people were moving here, making Berlin home to lots of creatives. Karaleev explains that it wasn’t so hard to establish a brand. ‘You could take that risk and create something because Berlin’s affordability allows you that freedom.’ As a result, ‘fashion from Berlin was something creative, something new, something independent and very individual.’

The necessary role of business in fashion

Still, progress was slow in making Berlin a global hub for fashion. ‘The business mind was missing, the marketing wasn’t there,’ Karaleev explains. Things got more professionalized when major trade fairs like Premium and Bread & Butter came to Berlin. Thus, a lot of major players in the industry came to Berlin for these events, putting the small name designers on the map. In 2008 the Mercedes Benz Fashion Week happened in Berlin for the first time. It was, ‘a huge step for Berlin to make everything more professional.’ Before this there wasn’t much PR and organization. The Mercedes Benz Fashion Week gave Berlin’s fashion industry a backbone, a center to connect everything. It was the official beginning of high-profile editors and publicity coming to Berlin. It brought a certain industry standard of professionalism that was important for legitimizing Berlin fashion to the rest of the world.

Berlin fashion on a global scale: maintaining the balance & honoring the spirit of its roots

Karaleev observes that German media is overly critical of the fashion scene in Berlin. He ponders that maybe they expect Berlin to be like the next Paris or Milan or London, and, ‘it’s not the way it’s supposed to work. Every city has their own spirit,’ he remarks. ‘Berlin was not supposed to be the next anything. Berlin was supposed to be Berlin. No one knew what Berlin’s fashion scene would look like. Editors and buyers like to come here because it is very independent.’ When they’re in the city they go to all these small events but without the bigger brands backing them, they wouldn’t have motivation to come here. Still, in Berlin, ‘you can come here and discover something without knowing it.’ 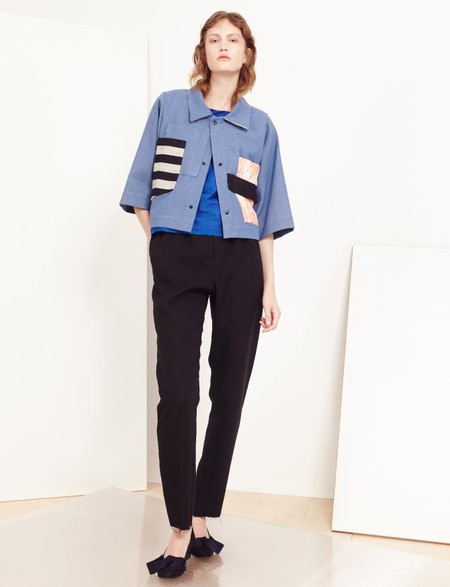