In Conversation With Hessam Lavi On Berlin's Startup Industry

In an interview with Hessam Lavi, founder of Berlin Startup Jobs and Jobspotting, we got an insider’s view of Berlin’s startup scene. Lavi reflects on his self-made success, offers advice for those considering work in the startup industry, and discusses the ways startups have grown over the years. 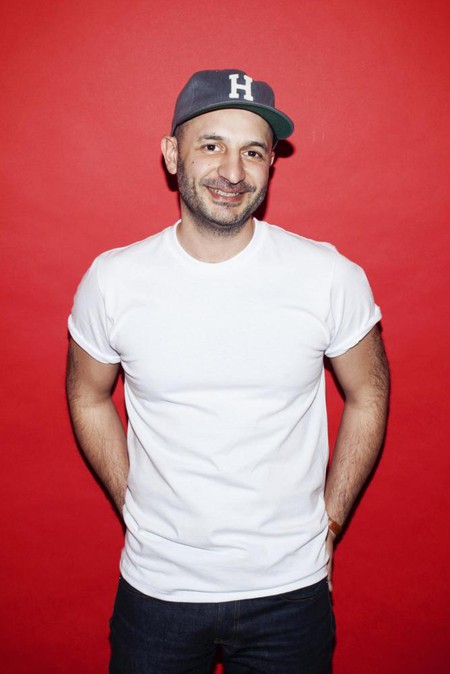 Who is Hessam Lavi?

Born in Iran, Hessam moved to Sweden as a child where he studied computer science. After working for Google in Dublin for four years, Hessam moved to Berlin in 2009. He regards Berlin as one of the few cities where he could become integrated as a non-German speaker and without knowing anyone. He came just as the startup industry was becoming what it is today.

Hessam himself had his first job when he moved to Berlin at a startup. He was particularly interested in the startup scene because he had a lot of ideas he thought were good, and he wanted to make them happen. Six years later, he has founded two successful companies: Berlin Startup Jobs and Jobspotting.

The inspiration for Berlin Startup Jobs came naturally. Hessam knew a lot of people in Dublin planning to move to Berlin. He would often try to help them find jobs. He also knew a lot of founders in Berlin, and he regularly tried to connect the two. Hessam knew that there must be a better way to execute this process than through the growing email list he was using at the time. He thought, ‘why don’t I start a website and send the link around connecting people to jobs?’

Hessam kept this new website updated with what’s going on in the startup scene, in order ‘to help people considering coming to Berlin to decide if this was for them or not. With luck and timing and many people being drawn to Berlin, it started to build quickly.’

Hessam, ‘got to know a lot of founders who were very grateful to get in touch with great talent… At a startup of 30-40 people, [the] founder said, “half these people were hired from your site. This guy is from Sao Paolo; this guy is from Tel Aviv, and we would have never found them had it not been for your site.”’ This was when he knew that Berlin Startup Jobs was a valuable resource to its users and that it was successful.

After founding both Berlin Startup Jobs and London Start Up Jobs, Hessam wanted to keep trying new ideas using Berlin’s growing startup scene as a platform. This mindset led him to found his second company, Jobspotting.

His idea with Jobspotting was to look into how people look for jobs. He realized that, ‘nothing really majorly happened in the last 20 years. Back in the days, you used to look in the newspaper to find a job, and now you look at a website and between there isn’t much happening. There is definitely a lot of room for innovation.’

In particular, Hessam was intrigued by the way recommendations have changed a user’s relationship with the web, ‘Facebook selects—hand picks—things they think you’d be interested in. Spotify radio, Pandora, Netflix really takes into account what you like and shows you more of it… If this works for other stuff why not for jobs? With the technology available now we could definitely build that.’

The primary aim that Hessam hopes people will accomplish with Jobspotting is that they will ‘use it to inspire people and to help people discover stuff. We see that other search engines are not very good for inspiration and discovery. If you’re a new graduate or you’re not very happy with your current job, how do you describe that in the key words? It’s impossible. Search engines are not the right tools for job and career, and recommendations are the answer.’

In the years to come, Hessam hopes to make Jobspotting more global. ‘There’s just so much value in the product we have; we want to make it available to anyone in the world. Jobspotting will change the way people look for jobs.’ 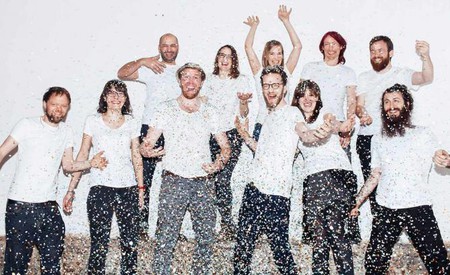 Who can work for a startup?

The way Hessam sees it, the startup industry is open to anyone who has the drive to be a part of it, despite education or technical background. ‘The majority of the companies you see are not built by engineers. You need a variety of people with arts backgrounds and soft skills. Good companies and large companies consist of a large variety of people. That’s what makes them good.’

‘And if you’re not a person with a tech background, most of those skills can be learned if you’re interested. There are online courses, there are books, meet ups, and forums. There are so many resources to learn things in record times that were not possible [in previous years].’

One of the great things about startups is that once you’re in, ‘you fall into the deep and you have to work your way up. Through that, you just learn a huge amount of stuff that you would never do in a regular company. If you do marketing at a small startup you do everything.’ Thus, startups provide a tremendous opportunity to learn and gain experience.

For people who are interested in joining the startup scene, ‘it has become much more important to specialize in something. You need to care about something specific. A general background makes it harder for people to be selected to small companies because when we look to hire someone it’s because we have a specific problem.’ Specializing can set you apart whether it’s through experience, background, or training.

With start ups, ‘do it because you want to change things.’ Ask questions. ‘You apply for a job, how can you not have any questions? […] To me, when I hear people have very few questions, they aren’t interested.’ When applicants have feedback and questions it demonstrates they are stimulated, invested, interested, and going to contribute. Hessam believes that it’s a two-way relationship between employees and employers.

Hessam emphasizes that to be invested in a career, however, it doesn’t have to be your passion. ‘Passion, for me, is a weird word. What I’m good at is not necessarily what I’m passionate about.’ You should still enjoy your livelihood, though. ‘Being good at your work becomes fun if you like getting good at it.’ Therefore, ‘Work can be what you like to get good at. Passion might be something else, and that’s fine. You don’t have to live and die by your work.’

As for the negative stereotypes surrounding startups they are ‘many times true. The startup industry often requires long hours. It’s not a 9-5 job.’ He advises that it’s important to do your research. ‘There is always a risk involved in joining a startup because small companies are vulnerable.’ Specifically, he recommends that prospective employees be straightforward in asking about what the working hours are and what the work culture is. Further, ‘by visiting the office, you can pick up on a lot about the vibe of the company.’ 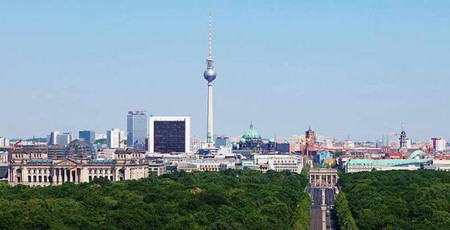 Berlin as a land of opportunity: the impact of the startup scene

Berlin’s culture is characterized by movement: people migrate in and out. ‘Because of the large movement of people in and out It always leaves gaps. When there’s gaps, there’s opportunity to fill them. This is something that I don’t feel exists in […] more established cities.’

In terms of how this affects the startup industry Hessam notes, ‘The biggest thing I’ve seen that has changed massively is the amount of people moving to Berlin and building the scene. A lot of the data I see is that a lot of the founders are German, but a huge number of people working in those companies are not from Germany, or not from Berlin. These people enable the startup scene by being the manpower to build a strong, diverse team of skills from marketing to legal to finance to sales to operations. […] There simply are not enough of them in Berlin. You need people to come here as fast as possible.’

‘Because of this large influx of international people, it really has a big impact on the city. There’s just so many new people coming in, and instead of starting from scratch, you kind of have this big boost up the ladder. You can enter the society at a different level very, very quickly. Myself being a first generation immigrant coming to Sweden when I was 12 without knowing the language, without knowing anyone at that time, you had to start from scratch. Everything had to be learned to work your way up. But now, if you have some talent, you know some skills—I don’t want to say educated—you can move to a new country doing something that is interesting […] with the salary that comes with it, meaning that you just have a regular life very, very quickly.’

Hessam finds that a person’s integration into Berlin’s startup scene also has a ripple effect around the world. What people learn by working in a hub like Berlin, they can bring back to old countries, Hessam explains. ‘Berlin is now this learning scene. It is a growing ground.’

The impact of the startup scene on the city itself

In Berlin, startups have changed a huge amount in recent years, just like the city itself. ‘You see the types of companies that have started now are very, very different than the ones three years ago…. Anytime you look back and you’re more mature now than you were before, hopefully. Right now, we feel like if we look back over the last four years, a lot of things have matured. The amount of people has accelerated. […] Really, I think we are just at the beginning of it. If you see what’s happened over the last four years [at] this pace, [there are] bigger companies, more companies, people being successful, [and] having great lives in this really great city. [They’re] having this really unique experience that is just not possible in many other capitals.’