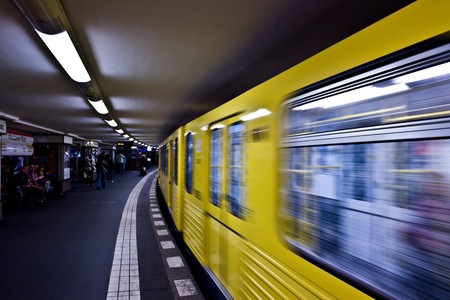 The signature yellow and red underground and overground trains of Berlin, known as the U-Bahn and S-Bahn, are the easiest way to get around the German capital. Run by the BVG, the city’s public transport system is cheap and effective, but can sometimes be a little confusing. From the different zones to the omnipresent threat of ticket controllers and schwarzfahren (riding black, or fare dodging), here is everything you need to know about navigating Berlin’s public transport system.

Berlin’s public transport is mostly made up of buses, trains (both overground and underground) and trams. Generally, one ticket will allow you to access all of these, but it’s important to know which one to get so you don’t get a fine from ticket controllers. For one-way trips, a single fare ticket (Einzelfahrschein) is the best choice. Valid for one person for a two-hour journey through the city, it can be used on all modes of transport for either €2.80 ($3.45 USD) or €3.40 ($4.20 USD) depending on how far your journey is. Similarly, there is a short trip ticket, which can be used for one-way journeys, valid for three stops on S-Bahn and U-Bahn trains or six stops on buses and trams and costs €1.70 ($2.10 USD). There are also daily, weekly and monthly tickets available, which are great for longer stays in Berlin and for people who use public transport regularly. A daily ticket (Tageskarte) costs €7.70 ($9.50 USD), a weekly ticket costs €30 ($37 USD) and a monthly ticket costs €81 ($100 USD) for unrestricted travel or €61 ($75.20 USD) for tickets starting from 10 am until midnight. There are also Berlin Welcome cards, which are perfect for tourists. 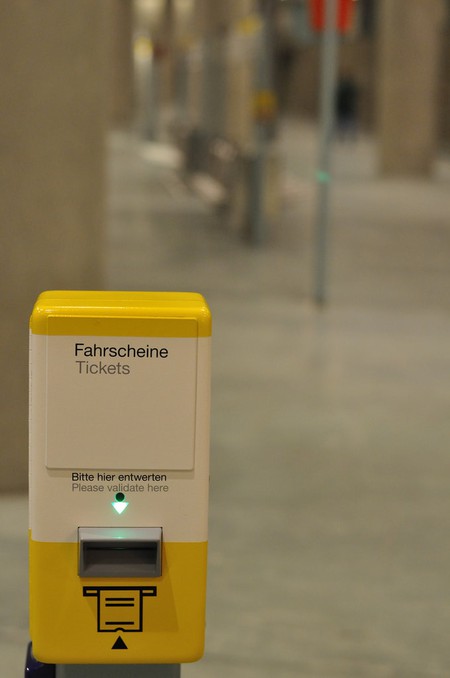 Berlin’s public transport largely works on an honour system, and as such, it can be tempting to jump on the train without a ticket or ‘ride black’. Every Berliner has certainly done this once or twice, but all it takes is the embarrassment of being escorted off the train by controllers and the financial toll of getting caught (fines are €60 or $74 USD) to stop you from making that mistake twice. All tickets can be purchased on multilingual machines at any train station. Alternatively, most short fare, daily and tourist-friendly tickets can be purchased with the BVG app or online at the BVG website. It’s also important to remember to stamp your ticket before getting on the train in order to avoid fines from controllers. 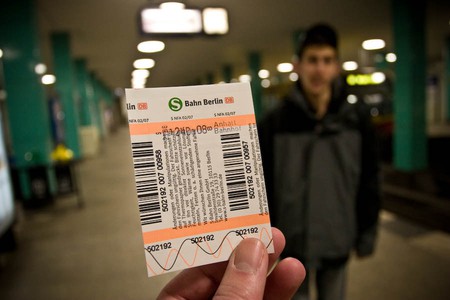 Berlin is divided into three different zones: AB, BC and ABC. For most travel around Berlin, visitors will be in the AB zone, which includes the urban area of the city. Zone BC covers Berlin’s city limits and ABC encompasses the city’s urban areas and includes its surrounding area and regional area, such as Potsdam Hauptbahnhof. The easiest way to know what zone you’ll be travelling in to plan your journey is to use the BVG maps, which can be accessed from the company’s website or app. 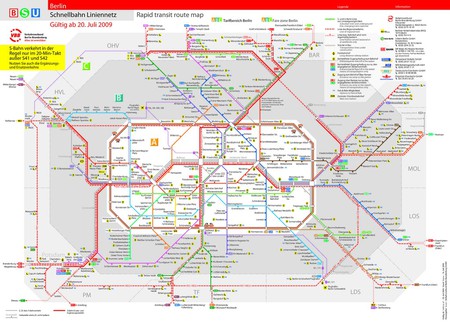 Berlin is famous for its nightlife and, thankfully, the public transport system accommodates this nicely on the weekends with all trains running 24/7. However, if you feel like living it up during the week, you’ll find that the U-Bahn and S-Bahn stations are shuttered and closed between 1 am and 5 am. Not to worry, however, as splurging on a taxi won’t be your only option—the city offers Nachtbusse, or night buses, to get you home. When other public transport has shut down for the evening, these buses take over at the same price of a regular ticket and with routes all over the city.