How Berlin's Floating University Is Creating a Vision for the Future 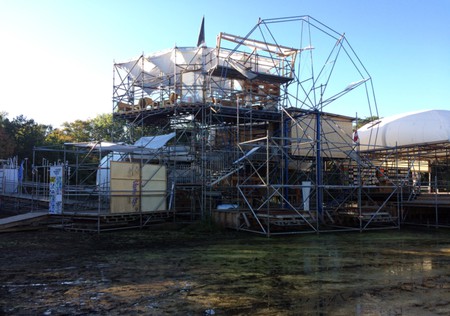 Tempelhof Airport, now one of Berlin’s most iconic abandoned spaces, was built in the 1920s. Today, this forgotten place is the site of the Floating University, a temporary structure and visionary think-tank of artists, architects and researchers, bringing together minds from 20 different schools.

The Floating University structure, which went up in May of this year, is deemed ‘an inner-city, off-shore laboratory for collective, experimental learning’. Along with the huge mass of concrete that formed the airfield, a water basin was created to capture the rainwater that doesn’t get absorbed by the ground. Since it opened, it has been hosting six-month semester programmes, as well as a series of workshops and events open to the public that include everything from water rituals and thought exchanges to building for sustainability. 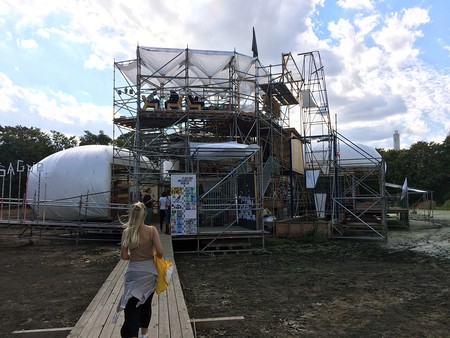 The central feature of the structure is its water filtering system, that takes dirty rainwater from a special basin and cleans it to irrigation-quality; it is then used to water the impressive tomato garden. Initiated by the Raum Laboratory Berlin, the space itself is a vision of sustainability and a prototype of the future, demonstrating what would happen if humanity dealt with the ecological and excess waste crisis the planet is currently battling. 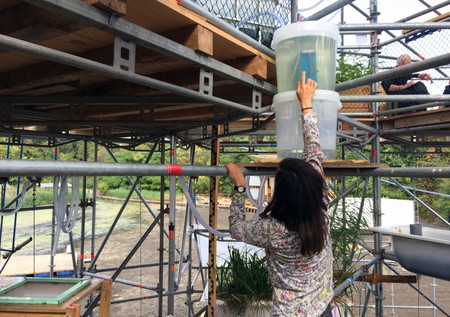 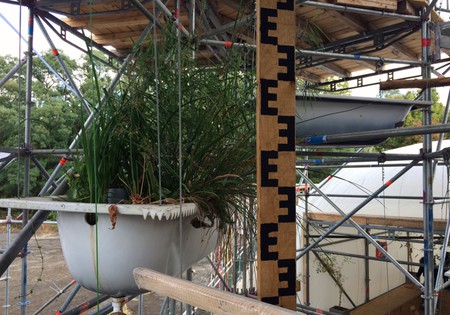 The Floating University Symposium aims to brainstorm, test and revise habitual urban living practices through participatory design as a solution for environmental challenges. In April, a collective effort was made by students and teachers from Berlin and the rest of Europe to co-create the campus; the current learning spaces, performative laboratory tower, sustainable toilets, bar and kitchen were all built from scratch. 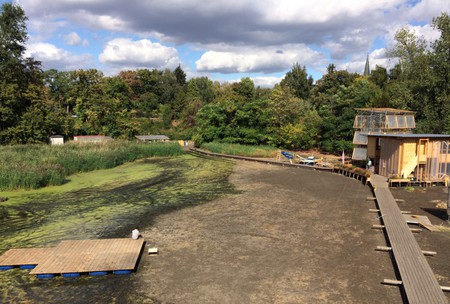 The water levels of the basin fluctuate | © Megan King

After successful spring and summer sessions, the Fall Open Weeks are currently underway and will culminate in a closing party on September 15. The workshops are open to anyone who is interested and cost €10, and bookings can be made online. 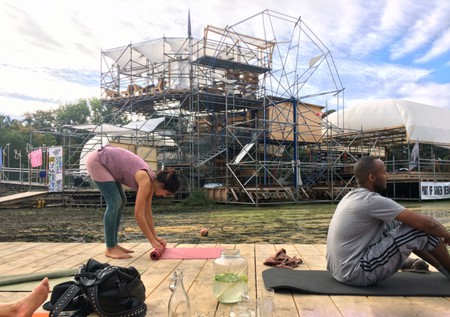