How Berlin’s First Liberal Mosque is Breaking Down Barriers 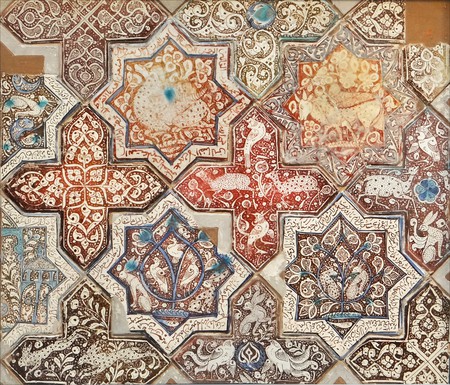 Berlin’s got a new house of prayer, where all Muslims—women and men, queer and straight, Shiite and Sunni—can all sit together without the usual separation of gender and sect, judgment over personal life choices and beliefs, or the need to wear traditional dress, especially for women.

Berlin’s new liberal mosque, which was inaugurated last Friday, is the vision of Seyran Ates, the daughter of Turkish parents and a respected women’s rights activist and lawyer living in Berlin. 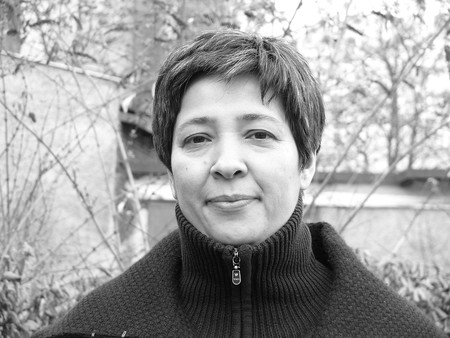 The groundwork for Ates’ bold and progressive dream has been eight years in the making, and it is the first of its kind in Germany. Today, Islamic religion has become overshadowed by religious conflict and terror, creating blackholes of misunderstanding and fear among followers and non-followers alike. The Ibn Rushd-Goethe-Mosque aims to leave all of the confusion and conflict behind by creating an open space where people can find peace and freedom of speech over their shared Islamic values. Ates describes herself as a ‘modern and liberal Muslim’ and feels it is the responsibility of other progressive Muslims to express their open values to the public.

Everyone who comes to the mosque is welcome and treated as an equal. Men and women pray together in the mosque, and the wearing of the burqa and niqab are rejected. The decision to ban full-faced veils in the mosque is both for security and for the ethos of the new mosque, which believes that the dress is more wrapped up in political and social ideology rather than the practising of religion. Women can also hold the title of imam, a job traditionally resigned only for men. Ates aims to become an imam herself, with plans to study Islamic theology and Arabic in Berlin towards the end of this year. 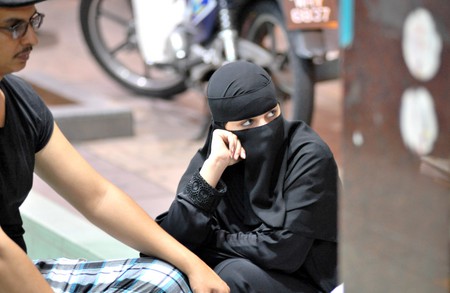 Burqas are banned in the new liberal mosque | © exit 1979/ Flickr

The Ibn Rushd-Goethe-Mosque takes its name from Andalusian philosopher Ibn Rushd and the German writer, poet, and philosopher Johann Wolfgang Goethe. It is inconspicuously located on the third floor of an old, red brick Lutheran church in Moabit.

There are over 4 million Muslims living in Germany today, many who came to settle from Turkey, the Balkans, and North Africa after World War I. Today, many more continue to arrive as refugees from war-torn countries in the Middle East.

So far, the response from the Islamic community has been overwhelmingly positive. People from all creeds have made financial contributions and offered their hands, skills, and time as volunteers in support of the space. Many Middle Eastern restaurants even delivered free food to celebrate the end of the Ramadan fast. 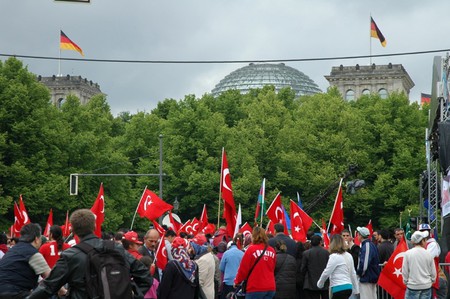 A scene from the Turkish festival in Berlin. Germany is home the largest population of Turkish people outside of Turkey | © Audrey Scott/ Flickr

Despite the support of thousands of ordinary people, pushback has come from religious authorities in both Egypt and Turkey. Egypt went as far as to issue a fatwa (a ruling of disproval) against the liberal mosque. But for Ates, these attacks from conservative leaders is affirmation to her that she is doing the right thing and further proof for the need of inclusion and freedom given the current complex relations within the Islamic tradition.