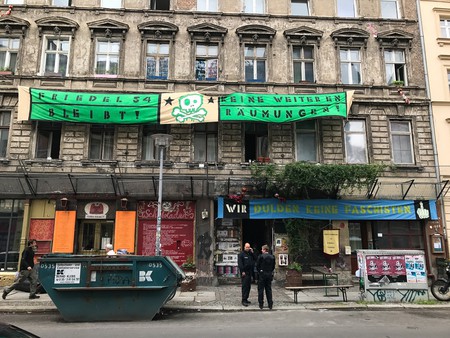 After a recent study found that Berlin’s rent prices are the fastest-rising in the world, protests erupted from the capital. Among them was the occupation of two apartment buildings by leftist group Besetzen, or Occupy. Making an impactful statement, the group from one of the empty buildings had also entered into negotiations with the owners, Stadt und Land, a company that is owned by the state of Berlin. However, the talks were abruptly cut off last week, when police stormed the squat, clearing it out, a task that resulted in several injuries and ignited a fiery political debate. As lines are drawn and tensions mount, Berlin’s squatters, and even many of its other locals, are struggling to find their place in the city.

The dialogue between the squatters and Stadt und Land came to a crashing end last week, when Managing Director of the company, Ingo Malter, pressed criminal charges against the group. Berlin police cleared the building and now 56 people are being investigated for trespassing. The event has caused a fierce social media debate to break out in its wake, swinging between political extremes. Far-right populists compared the event to a post-reunification protest in 1990 between squatters and police, while some leftists tried to paint the protests as a bid to mobilize against capitalism.

However, squats in Berlin have been struggling long before this latest protest. Since the early signs of gentrification in the 2000s, sweeping changes in Berlin saw established squats under threat, until the city’s last official squat house was closed in 2012. This latest saga against squatting and its downfall, in a sense, shines a light once again on simmering debates over Berlin’s property market. 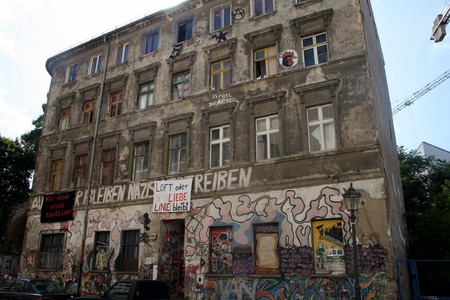 On either side of the debate, there is no denying that rent is rising steeply in Berlin. It’s an issue that affects more than just squats and underground subcultures in Berlin, as locals begin to be pushed out by wealthier newcomers, perhaps willing to pay the higher rents. Germany’s state and federal government are now facing criticism that they’re not doing enough to address the issue and curb property development distrust and speculation. 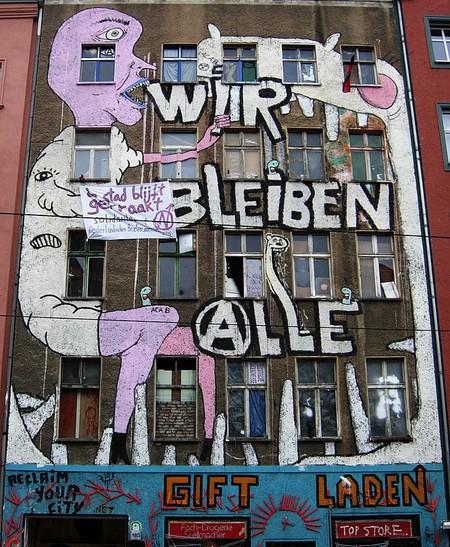 Graffiti at Berlin squat reads ‘We are all staying’ | © Jotquadrat / WikiCommons

Uncertainty in the capital

A surging population in Berlin, with 40,000 new people settling in the city each year, is part of the push for increased property development. However, the issue many are taking with the current housing climate is more complicated than this, as many state-owned buildings, like those taken over by protesters, are standing empty in Berlin. This was a chief source of grievance for the occupying squatter, who suspected that the Stadt und Land, and in turn the government, was allowing its property to rot, as it was too disorganised to assess what state the property is in. This belief came down to the fact that the company owned the building for three years without anything happening during this time. While arguments fall on both sides for this, and the reasons for rising rents remain more complex, the hurdles to housing in Berlin are becoming more difficult. 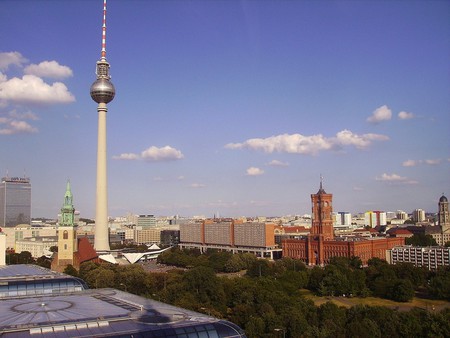 In such a complex property environment there is much uncertainty about the ways in which gentrification will affect Berlin and, worse still, how many of its locals will find their place in this rapidly changing metropolis.