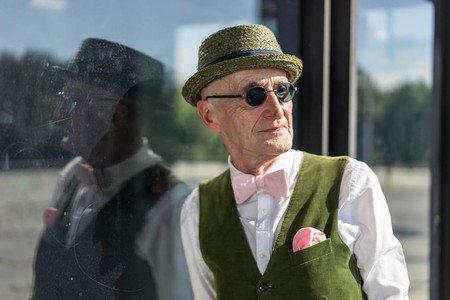 Berlin‘s diversity is old news. It extends from the culinary scene to the fashion world. Berliners delve into expressing themselves outwardly by using their style as a manifestation of who they are. Fashion is something that changes with time, which makes sense as we change with time. There are those who don’t jump on each fad bandwagon and instead curate a tailored look all their own, making for a timeless aesthetic. Günther Anton Krabbenhöft is living proof.

He was first noticed by Björn Akstinat of the German fashion blog Schickaa, who photographed Günther Anton Krabbenhöft at an U-Bahn station (Kotbusser Tor) in a red bowling hat, yellow bow tie, and burgundy leather driving gloves. While Berlin is one of the most hipster towns, he definitely owns the style – Günther became the new cool and stylish pensioner in Germany. 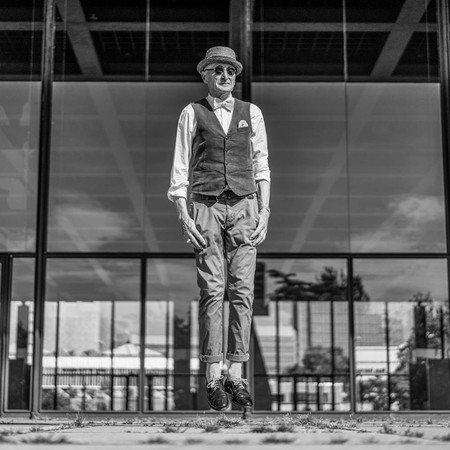 Since then, Günther Krabbenhöft has been posting fashionable pictures (and some selfies) to cater to his growing fan base on Facebook and Instagram. He is making the rounds on the Internet and has become quite a star. Moreover he loves clubbing; when most people are enjoying a quiet Sunday afternoon, Günther prefers dancing and swaying to bewitching rhythms at Berghain.

In fact, he has become somewhat of a mascot for the Berlin party scene. He has been on this earth for 70 years; he has spent 46 of them in Berlin and, specifically, 30 years in Kreuzberg. He endured the flower power motif with aplomb and witnessed the beginnings of the Love Parade. He single-handedly raised his daughter and worked as a cook for nearly 50 years. 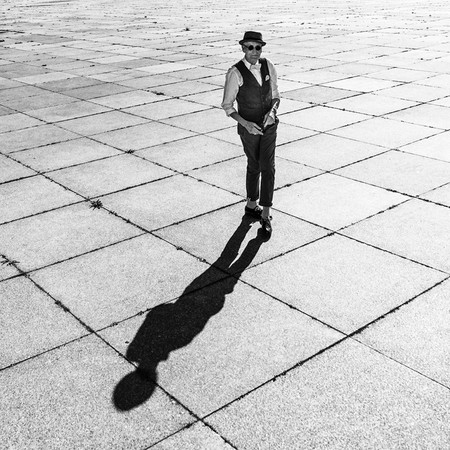 Now in his ripe old age, he’s enjoying retirement with his two grandchildren. He likes to drink coffee with friends, casual things that fill the time of a typical octogenarian. But what categorically sets him apart from the usual activities of the elderly is is penchant for partying – which he does three times a week. In addition to his trips to the gym and the theater on a regular basis, which is quite an active Rolodex for someone his age – though age never seems to trouble Günther. 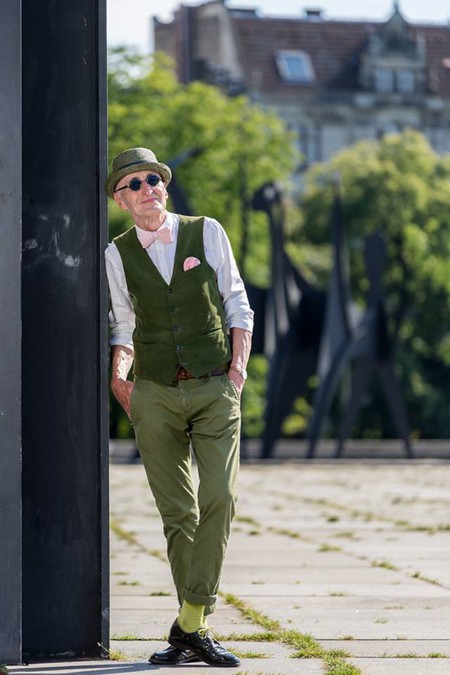 His eccentric and stylish wardrobe entails narrowed pants, jeans, butterflies, hats, and shirts. He seems to be able to pull off anything in his repertoire of fashion. From his hat and glasses all the way down to his shoes, it seems like he is always preparing for a fashion magazine photo shoot. He draws style inspiration from the 1920s, as well as the ’50s and ’60s, though he’s perfected his own look over the years. Happiness is the element transparent in all of his trappings. While some might argue that he is an unlikely candidate, he is definitely the new style icon in Germany.