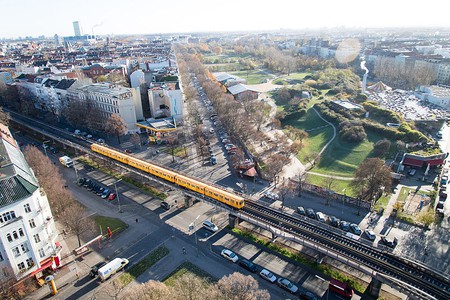 Gorli Park is a beloved gathering point for Kreuzberg’s most colourful characters. But if you look closer at a small section of the park, you’ll find a closed tunnel pointing to the former life of one of Berlin’s most iconic outdoor spots. Here’s everything you need to know about when Gorli used to be a Bahnof station.

Today, Gorli Park is a favourite spot for sunsets, and unofficial reveries in the summertime as people bring sound systems and beers. Its history, though, brings a whole new element to the equation. 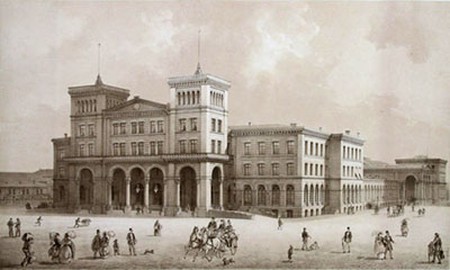 One of the sections of the park is shaped a bit like a bowl, and in that bowl are ruins of grey concrete and a closed-up tunnel that seems to lead up to nowhere – pointing to the time when Gorli used to be a Bahnhof station. 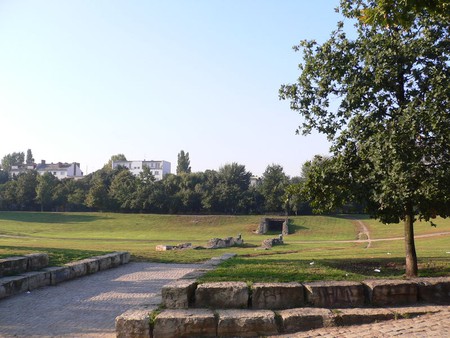 While many people associate the name Görlitzer with the U-Bahn station that runs along the U1, this station was actually built by Siemens & Halske, and was named after the original railway stop that has since disappeared.

Görlitzer Bahnhof was built by Bethel Henry Strousberg, who was known as the ‘Railway King’ back in 1866, and the original Görlitzer began its heyday as the northern terminus of the Berlin-Görlitz line. The station was designed by August Orth, a famous Berlin architect at the time, and its red brick stone facade was covered with more beautiful yellow Birkenwerder bricks, making it truly an elegant structure. 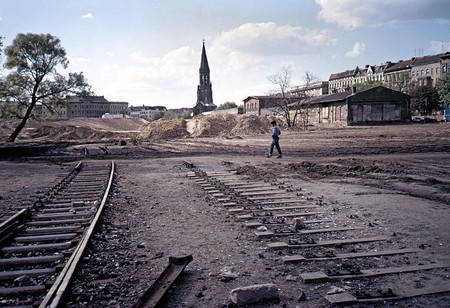 For years the Bahnhof was the star of private railway line, with grand plans that even included having the line connect to Vienna. The onset of World War II stopped those plans right in their tracks, not because it was destroyed, but because the site had been marked to build new tenements after the war, and so the buildings were down town. 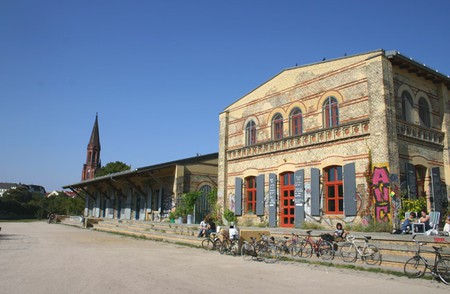 Those plans never really took off, and eventually in 1994, the land was converted into the beloved public park it is today. Just a small part of the station’s former life remains, including the administration building which is now home to the popular jazz bar and café, Das Edelweiss, and much of the brick wall which runs along Görlitzer Straße, which also got its name from the former Berliner icon.