Get to Know the Berlin-Based NGO Empowering Youth Through Skateboarding 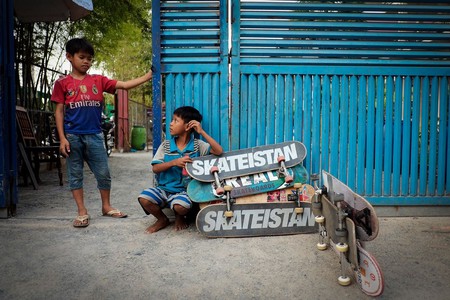 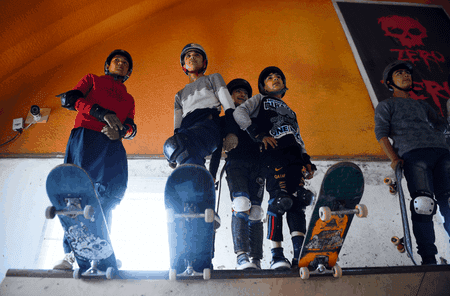 The idea grew from a trip to Afghanistan

In 2007, Australian skateboarder and researcher Oliver Percovich relocated to Kabul, Afghanistan, with three skateboards and the aim of continuing his work as a research scientist. He spent his first few months talking with Afghans and foreigners about the attempts to rebuild the country, which had been ravaged by decades of war.

However, his interests gradually shifted towards the country’s young population. With almost 70% of people aged under 25 years old, Percovich began to wonder why there were so few investments in Afghan youth, and he stumbled on a way to help when he noticed that many of the young kids he regularly saw had become captivated by his preferred mode of transport: skateboarding. While he worked during the day, he would lend his skateboards to a few local children, who got hooked on the feeling of freedom skateboarding provided them. He soon realised that this could be a way to engage and build a community for these young people, and Skateistan started to take shape.

‘It had to be driven by what needs were perceived by Afghans. That’s where my idea, the idea of Skateistan, came from – it needed to actually be driven by the kids, since it started with kids saying “We need more skateboards!”‘ Oliver remembers. With the help of international donors and skateboard industry partners, this idea began to become a reality, and the organisation officially registered as an Afghan NGO just a few years later, in 2009. In this same year, Skateistan was able to open its first skate school, bringing skateboarding and education together. 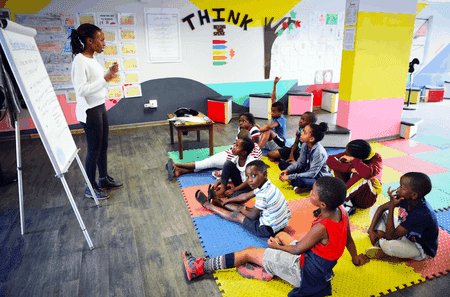 Creating a safe space for youth – especially for girls

During this time, girls had also started joining in and taking advantage of the community and the opportunities that were forming through Skateistan. Although most Afghan girls weren’t allowed to play sports due to social norms, the skateboard was seen more as a toy and provided a loophole allowing them to join in. Recognising the important barriers that were being broken down, Skateistan committed to remaining a safe environment for both boys and girls, much to the delight of their students.

‘People who say something against girl skaters don’t know that girls and boys have the equal right to skate,’ says Mahdia*, a Skateistan outreach student. Percovich agrees, pointing out that ‘the lack of opportunities in sport and education for females is not just an issue affecting Afghanistan, but many other countries around the world.’

In 2011, the NGO grew beyond Afghanistan to include Skateistan Cambodia, and just a few years later in 2014, Skateistan South Africa. It was around this time that Skateistan moved its international administrative headquarters from Kabul to Berlin. The inspiring NGO believes that positive social change happens when children are educated on how to take care of themselves and their communities, and their integrated programs reflect this community-orientated ethos. 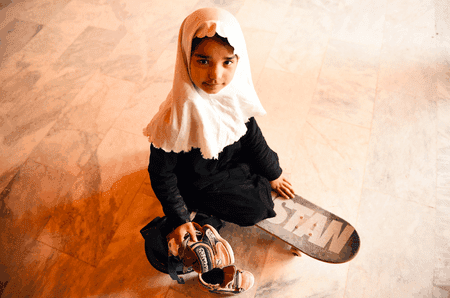 The Skateistan programs are aimed at children from five to 17 years old, with a strong focus on inclusion for girls, children with disabilities and children from low-income backgrounds. They do this with four core projects that aim to educate, outreach and motivate. As Tony Hawk, pro skater, advisory board member and Citizen of Skateistan, points out, ‘Skateistan is not just about skating. It’s about giving people life skills and hope for their future.’

The children and youth who get involved with Skateistan become apart of an ever-growing community, and as participants get older, they can become role models both within the program and for their wider community. Nhoeun, an educator with the program in Cambodia, explains that ‘Skateistan permits us to help the poorest children. We do a very good job and I’m proud to be a part of that.’ The award-winning organisation uses sport as a tool to foster community, and this month celebrated its 10th birthday, marking a decade of empowering youth through skateboarding and education. They continue to grow and inspire young people in Afghanistan, Cambodia, South Africa and across the world with their global platform and specialised programs. 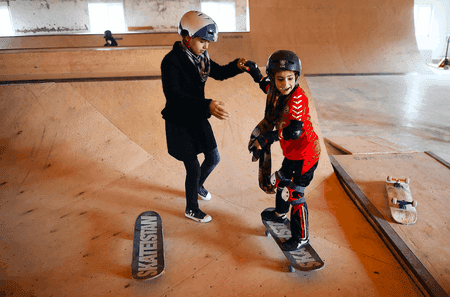