Exploring the Rise and Fall of Berlin's Iconic Love Parade 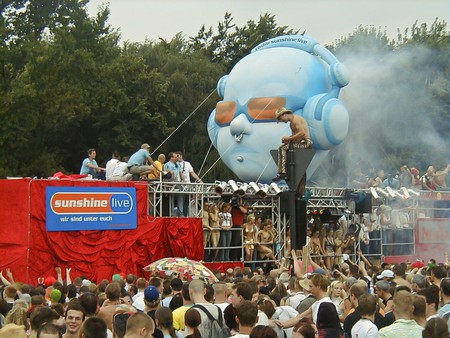 Starting out in Berlin as a peaceful protest, the Love Parade went on to become one of Europe’s largest music festivals and techno parades. Every summer, for over a decade, Berlin was brought to a sweaty standstill during the annual parade, until the festival eventually moved away from the city. Partying on for two more years, in 2010, the well-established rave was engulfed in horror, bringing the iconic Love Parade to a tragic end.

Love Parade was started in July 1989, by Matthias Roeingh, better known by his artist name, Dr Motte, and his girlfriend Danielle de Picciotto. It was conceived as a political demonstration, with Roeingh using the international language of music as a platform to spread ideas of peace and love. Dancing down the expansive West Berlin avenue, Kurfürstendamm, 150 ravers, followed by a car blaring techno made history by participating in the first ever Love Parade. Adopting the motto ‘Friede, Freude, Eierkuchen’, or ‘Peace, Joy, Pancakes’ in English, the trail-blazing partygoers stood for disarmament (peace), music (joy), and fair food distribution (pancakes). Their message was tied together under the banner of love and with a soundtrack of techno. However, critics of the rave say these philanthropic sentiments remained secondary pursuits, behind the main goal of throwing drug-fueled raves. Whatever its motives, the small but impactful event quickly grew in popularity, reaching its peak in the nineties.

The iconic event soon became one of Europe’s largest music festivals drawing in huge crowds from across Germany and beyond. As the number of partygoers increased, so did the number of artists involved, many bringing their own floats, or ‘love mobiles’ to the parade. The epochal event engulfed West Berlin, in an explosion of sound and colour as jovial participants took to the streets, dressed in their best rave gear, in the name of love. By 1996, when roughly half a million people flooded Kurfürstendamm for the parade, it was evident that a new, larger venue was needed. The following year Love Parade was moved to Straße des 17. Juni, and the festival became centred around historic Brandenburg Gate, lush gardens of Tiergarten, with the golden angel atop the Victory Column, close by to the park, becoming the parade’s emblem. 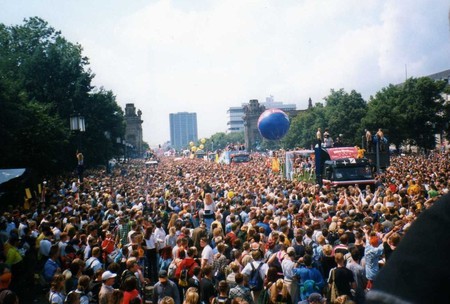 No love for the city of Berlin

Despite the festival’s mounting success, larger crowds introduced a new set of problems for Love Parade, as more people meant much more rubbish was produced and more security was needed. Initially, organisers were able to dodge this cost, as the parade was, in theory, a political demonstration, meaning the state government had to bear the huge bill for both security and mass clean-ups. The parade’s popularity also started to irk locals, as piles of garbage and damages to Tiergarten became a regular sight after the parades. Mounting tensions came to a head in 2001 when Germany’s Constitutional Court revoked the Love Parade’s classification as a demonstration, citing that the festival offered no clear political message, leaving organisers with the bill for security and clean-up. Attendance at the parade this year was significantly lower because the date was changed with little advance notice. In 2002 and 2003 its popularity continued to decline and it was cancelled altogether in 2004 and 2005 as organisers failed to raise enough money to pay for the newly acquired costs. 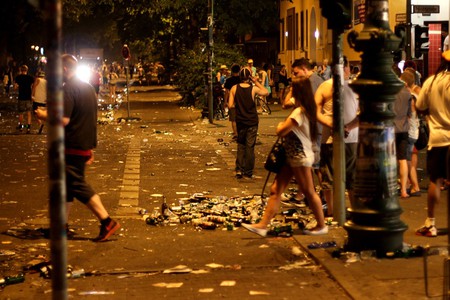 Despite the disruption and garbage that came with the parade, it was the event’s commercialization that drew the most criticism. Love Parade organisers made ample profit from licensing, advertising and merchandise sales. This drove many die-hard techno heads to distance themselves from the festival, with some even starting an annual counter-festival known as ‘F••k Parade.’ In 2006, the original founder, Roeingh also dissociated himself from the parade because of the commercialization of the event. 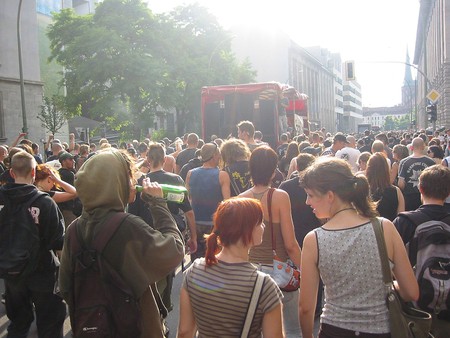 As its original founder stepped away, Love Parade found a new supporter in German entrepreneur, Rainer Schaller, who runs the fitness centre chain, McFit. In 2006, with Schaller’s help, Love Parade made a comeback under the motto ‘The Love is Back!’ After a two year hiatus, the festival was a success, attracting around half a million ravers to the city. However, the comeback also marked the last time Love Parade would take place in Berlin. As, after negotiating with several German cities, the parade was relocated to Germany’s Ruhr area. Love Parade was the region’s coming-out party, and its first two years saw considerable success, with record crowds turning up to the parades in Essen and then Dortmund. High on their success organisers wanted to bring the festival to Bochum in 2009, however, the parade was cancelled due to reservations from city officials regarding security. 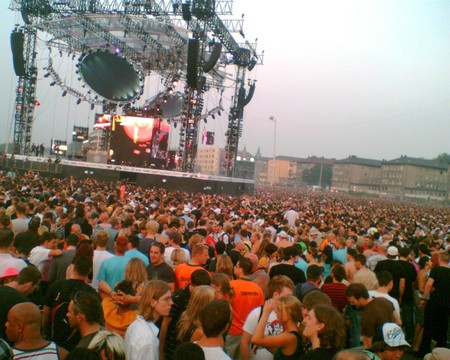 Wanting to make up for the lost year, organisers staged the 2010 Love Parade in Duisburg. The parade coincided with the city’s selection as a European Capital of Culture and attracted over a million visitors. It was the first year the parade was held in a confined space and tragedy struck when the large crowd filed into a tunnel leading to the festival grounds. As panic broke out in the crowd, a mass-exodus from the tunnel resulted in a stampede, where 21 people lost their lives and a further 650 people were injured. More than seven years later, the criminal trials are now taking place over the horrific 2010 Love Parade tragedy and for many, the painful memory of the 2010 Love Parade is a far cry from the peaceful, love-fueled event that began the festival in 1989. The trial is set to be one of Germany’s largest court case in the post-war period as seventy lawyers were in the courtroom when the trial began late last year. 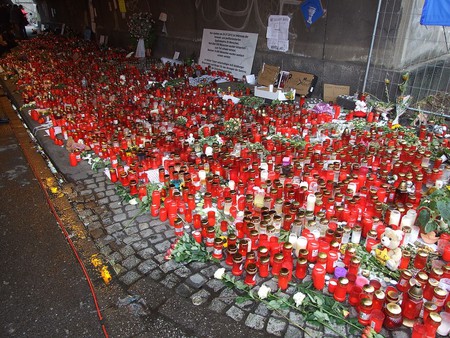