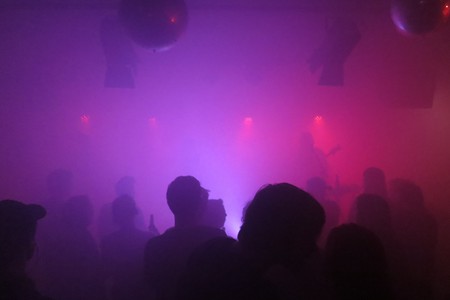 The strong thump of techno and permissive parties have become homogeneous with Berlin’s image. For many, the infamous clubs and their ever-changing, gay-centric nights are what draws them to the city. Beyond Berghain and the sex-fuelled club gay nights like Cocktail d’Amore, or Gegen, Berlin also has a flourishing femme, queer and female party scene.

Berlin has a strong history of supporting and propelling LGBTQ rights and these roots have spread into the city’s vibrant and open nightlife. As many popular club nights exist to create a safe, or at least safer space, in which marginalised groups can gather, party and enjoy themselves at ease.

This landscape has traditionally been dominated by gay-male clubs and parties, however, there are also a number of feminist, female – including all people who identify as female – club nights thriving in the city. Although less well-known than their gay counterparts, these nights offer space for women, femmes, non-binary, trans people and queer people, as well as people of colour, black people and refugees. The most recent night to enter the scene is Room 4 Resistance, and the queer-forward group is committed to creating safer environments for its attendees, encouraging them to report anything that makes them feel uncomfortable to staff and bouncers. Nights like these aim to conceptualize underground techno events as something deeper than a party. Instead, these nights and nightclubs serve as meeting points for marginalized people, who want to connect with others who accept them and even offer room for political discourse. Similarly, femme nights like Mint started by promoter and DJ Ena Lind, was propelled by feminist ideals, aiming to create a platform for women DJs in Berlin. As these parties come and go, they each bring a unique thread in the tapestry of Berlin’s queer party scene.

However, as Ena found with Mint, creating a space that promotes the talents of women, while also offering a safer space for them to party is not always easy. Talking to Electronic Beats, Ena explained ‘the idea of Mint was to have a big party for a mixed audience that includes the people who we felt needed to see women DJing the most—and they aren’t always the people you’d want to party with.’ For promoters like Ena, it’s about evolving and working with the concept to help make queer and femme-driven nights not only successful but also accessible to the crowd they cater to. It can be a difficult balance to strike. ‘We constantly struggled with how much of a safer space we wanted to create at the parties versus our mission of making the party big enough to get our message out to people who would not necessarily go to parties where women DJ,’ Ena said. Furthermore, as old divides between genders and sexualities are eroded and new coalitions are formed under intersectional outlooks, these nights, which were once only gay-male or gay-female, are beginning to evolve. The success and inclusion of females at many popular male gay nights is evidence of this and although Berlin boasts a range of inclusive, open-minded and even political partying opportunities, the number of female nights and lesbian spaces is smaller and less recognised than gay-male ones. 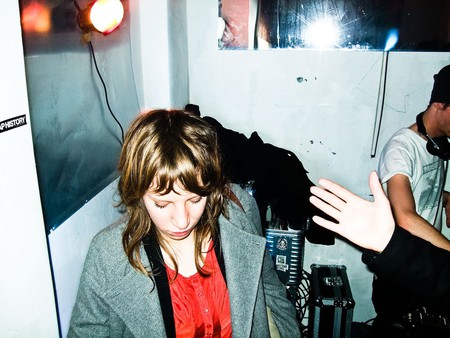 Underground and boundary-pushing parties are the calling card of Berlin and in this space femme and queer parties are not only thriving but they’re also bringing conversations back to feminism and politics. Despite this, the landscape is still rather dominated by men: ‘I do think Berlin is missing parties that aren’t focused on men, that aren’t made by men and for men—even if women are “allowed” there too. For me, queer spaces are missing, and when I use the word “queer” that implicates a focus on feminism,’ Ena points out. As the scene evolves and more collectives and nights like Room 4 Resistance emerge, the culture of Berlin’s underground scenes will only continue to grow and change, allowing more safe spaces to flourish.