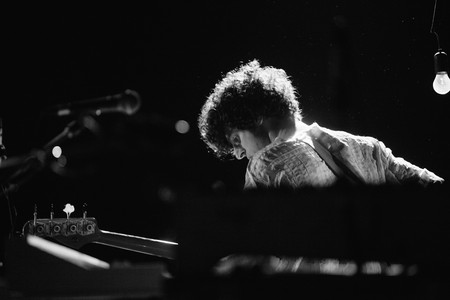 Pavlov | © Jana Legler/Courtesy of the artist

Hailing from the Italian mountains, Pavlov is the moniker of multi-instrumentalist, composer and electronic producer Matteo Pavesi. We sit down to discuss his musical life and love affair with Berlin, catching a glimpse of this thriving metropolis of artists and oddballs through his creative eyes.

Pavlov’s first EP entitled Ravel, is a dream-like soundscape of delicate textures and floating ambiences, released earlier this year with the support of Berlin-based label Average Negative. Alongside his live experimental electronic ensemble, he is also known for producing and touring with Berlin’s brightest independent artists, Kyson and Alice Phoebe Lou. Here’s what he had to say to The Culture Trip about his creative endeavours in Berlin, along with his top insider info on where to get the best falafel in town. 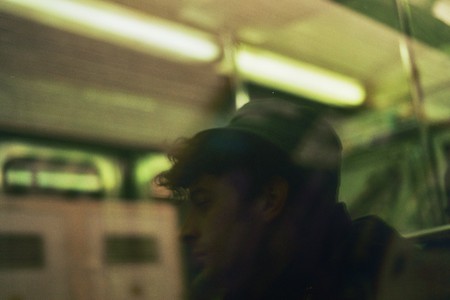 Pavlov | Courtesy of the artist

Why did you come to Berlin and what made you stay?

I came to Berlin five years ago to do an Erasmus semester. I was studying Political Sciences at the time and I wasn’t supposed to become a musician. I started going out and hanging around the scene. I met musical collaborator Alice Phoebe Lou on the street and we started playing shows together. It wasn’t something I was thinking about, it all happened naturally. Discovering I could make a living from playing shows and making music was the first important moment, and I decided to stay.

What makes Berlin so special to you?

Living in Berlin made me more conscious of what I wanted to do, and I couldn’t do what I wanted anywhere else. There’s no other place where things are happening with such a degree of freedom and affordability. It’s incomparable. You also feel respected by the community here, because there is so much open-mindedness.

In Berlin, there are no Mondays or Tuesdays and you’re free to go to bed at eight in the morning and live however you want. It’s fluid and flexible. Freedom is a good horse to ride, but to ride to somewhere. You’re also free to be depressed in your apartment for two months because there is no one to push you, and you’re not struggling to make a living.

Musically, there is no crazy industry like in London where you’re constantly on your ass. The industry itself is not so strong here, so you feel free to make and do whatever you want, and you never feel you need to make industry-friendly music. It’s really important for me to be here because I’m learning a lot, and when I make a statement it gets heard. 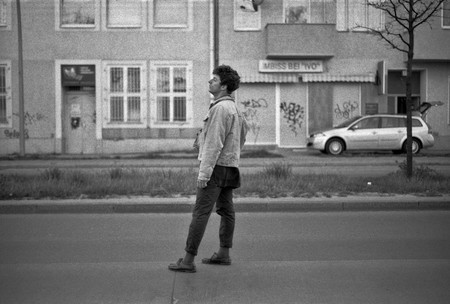 Pavlov | Courtesy of the artist

Describe the music scene in the city.

Describe your sound and how it has evolved in Berlin.

When I moved in with Gian Kyson, who was an already established producer, it legitimised a bunch of things for me that I didn’t have enough confidence to stand on my own at the time. It’s like meeting someone who is doing the same thing as you. That’s easy enough to find when you are in high school, but as you grow older and start doing your own weird shit, it’s harder to find someone to share similar opinions and feelings. He pushed me to do a lot of things and grow as a musician.

The music I make is experimental electronica. The Ravel EP is very ambient, and made at a time when I felt I didn’t need a kick drum or snare. Ambient is the thing that comes most naturally to me, but now I see it as a starting point from which you can elaborate. I wanted to play live shows, hear a little bit off bass and drums, and you know, dance a bit on the stage. So I started to produce for that. 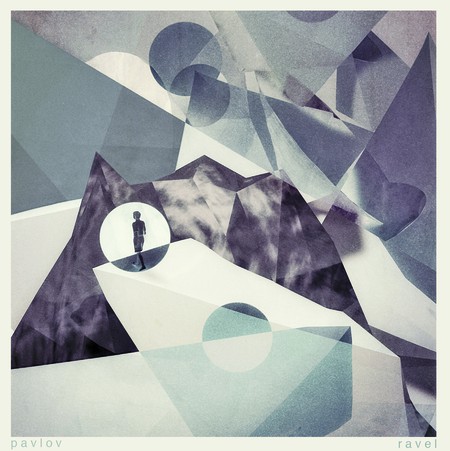 The album art for Pavlov’s first EP, Ravel | Courtesy of the artist

My music is instrumental, and not having lyrics is freeing. As a producer I’m in control of every part of the songwriting process and I can work on a song in a unconventional way, in which ever order I want. Sometimes I don’t want to write songs, but rather I want to create soundscapes, little moments. Sometimes you feel like listening to music, not songs, and then what do you have to do? You have to Pavlov.

Check out the five-minute audiovisual accompaniment to Pavlov’s Ravel EP below:

Since you don’t use any lyrics, can you tell us what themes and ideas you explore in your music?

I come from university structure and the Western way of approaching life, which is full of questioning and inquiring. As a musician I am saying fuck the ‘whys’, and exploring a universe of the invisible – of feelings, and energies. Music is always about something or comes from somewhere, you can unravel that if you want, but you only write or play because you have a need to do it. Magic is being more open than what the rules of the world tell you is possible and not possible, it goes beyond common sense. It’s emancipating yourself from the need to understand everything in a linear way. I hadn’t explored that much before I graduated.

I wanted to explore the emotional realm and I didn’t end up studying again. I noticed that a lot of leaders failed to communicate to the citizens at an emotional level, and I saw this as the performative crisis of the left-wing. Some of their ideas were good, but the way they were performing them weren’t. We don’t need so many facts. The world of 2016 was post-factual. People are tired of the experts and enlightenment scientists. If you have something good to communicate, you might as well try to do it in a different way. 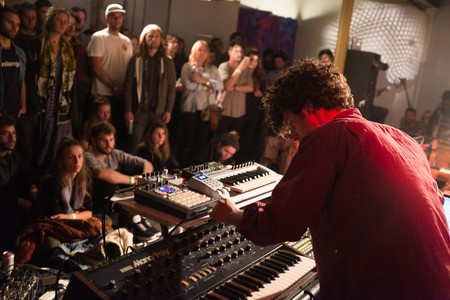 Pavlov playing his live show in London | Courtesy of the artist

What’s a typical day in Berlin for you?

There’s no typical day, there’s no routine. That’s the big difference between Berlin and all the other places I’ve been. I wake when I want, then I do what ever I have to do and want to do. The only constants are eight hours of sleep and breakfast with coffee and milk. No sugar.

Favourite place to hang out in the city?

On the way to my studio I cycle through Templehof. It’s an amazing place and quintessentially Berlin; this huge abandoned airport in the middle of the city that people are free to use however they want.

Favourite bar in the city?

Fukis. It’s the only one I’ve always gone back to. On weekends, bars in Berlin are always crowded, but I love that you can always find a couch here.

Favourite restaurants in the city?

When I miss home I go to Il Casolare for some traditional Italian pizza. I also love Arabic flavours, and Berlin serves some of the best. I go to Azzam for the best hummus in town, and my top falafel places are spread out all over the city, so wherever I am in the city I know where to go. For example, there’s Dada in Mitte, Maroush in Kreuzberg (although there’s so many good ones here), and Al Andalos in Neukölln. 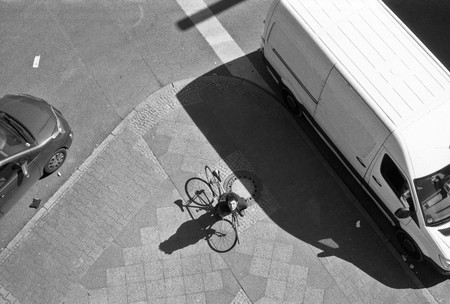 Pavlov on a Berlin corner | © Courtesy of the artist

Can you give us a round up of your Berlin summer playlist?