Does Sport Need To Adapt Ruling On Intersex Athletes? 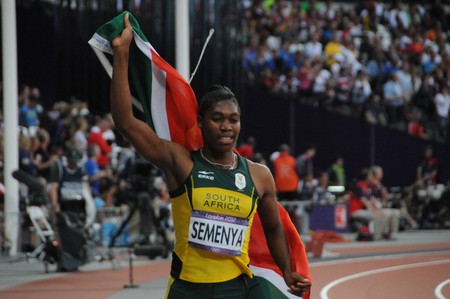 Sport has to make the distinction between male and female, for the sake of both genders. Yet, intersex and transgender people also have the right to compete in sport.

For transgender and intersex people, working out where they fit within the labels and parameters set by society is an incredibly difficult process. Understanding and awareness continue to improve, but sport still sets two very distinct opposites — men and women.

Caster Semenya, the South African middle distance runner who won gold in the 800m in Rio on Saturday, identifies herself as a woman and she competes as a woman. But it has been with huge controversy, through no fault of her own. Semenya was born with internal testes, so her body produces higher levels of testosterone.

To provide some context, it’s important to highlight the role Semenya has played in the issue of intersex athletes. She won gold in the 800m at the 2009 World Championships in Berlin. She was 18 and the quality of her performance, as well as the time she ran (1:55.45 secs), made fans take note.

The women’s 800m world record (1:53.28 secs) is one of the longest standing in athletics, set in 1983 by Jarmila Kratochvílová. Semenya was immediately earmarked as someone who could potentially challenge that time.

It was a matter of days after that victory news leaked that the International Association of Athletics Federations (IAAF) said it confirmed the requirement for a sex verification test from Semenya. In short, the organization was grossly underprepared for the situation and handled it poorly. The IAAF and International Olympic Committee (IOC) policies on sex verification were vague, at best.

Semenya became the victim of abuse, and was used as a pawn as the policy changed to one where women could compete only if their testosterone levels were below a certain limit. As a result, Semenya took blockers to suppress the levels of testosterone in her body and unsurprisingly her athletic performance dipped.

However, in 2015 the Court of Arbitration for Sport ruled the IAAF could no longer enforce the upper limit of testosterone, and in so doing, cleared the way for Semenya, and any other intersex or transgender athletes, to return with the advantages this hormone could potentially provide.

Athletes who transition from male to female must be able to demonstrate their testosterone level has been below the fixed level for at least one year before they can compete.

Arne Ljungqvist, former IOC medical commission chairman, explains, ‘It has become much more of a social issue than in the past. It is an adaptation to a human rights issue. This is an important matter. It’s a trend of being more flexible and more liberal.’

In a paper published by the Women’s Sports Foundation it clearly states no advantage is gained from someone who transitions from male to female. It says, ‘If a transgender student transitions after puberty, medical experts increasingly agree that the effects of taking female hormones negate any strength and muscular advantage that testosterone may have provided and places a male-to-female transgender athlete who has completed her transition in the same general range of strength and performance exhibited by non-transgender females who are competing.’

Joanna Harper is a medical physicist who has advised the IOC on gender-based issues. In an interview with the Science of Sport she says, ‘It is unfortunate that many people will blame the medal-winning intersex athletes whose only crime is to compete with the gifts that nature gave them. The real problem is that sports need some policy governing intersex athletes and currently there is none.’

While Harper doesn’t believe the current system is perfect, it is the best solution available to an extremely complex situation. She explains, ‘I believe that billions of potential female athletes deserve the right to compete with some semblance of a level playing field, and that requiring all women to compete within a given testosterone range is the best way we currently have to create such a playing field.

‘Since I believe in both the vital importance of women’s sport and the rights of intersex and transgender women, then I am forced to consider a compromise position, one virtually identical to that espoused by the IAAF and the IOC.’

The issue is that it’s widely accepted that gender is not simply the difference between men and women, but that those two forms are merely the ends on a vast and varied sliding scale. That same scale cannot be replicated on the athletics track and as a result there will always be someone who feels they are being unfairly treated.

British marathon world record holder Paula Radcliffe claims allowing female athletes who are hyperandrogenic to compete ‘makes the competition unequal in a way greater than simple natural talent and dedication. The concern remains that their bodies respond in different, stronger ways to training and racing than women with normal testosterone levels, and that this renders the competition fundamentally unfair.’ 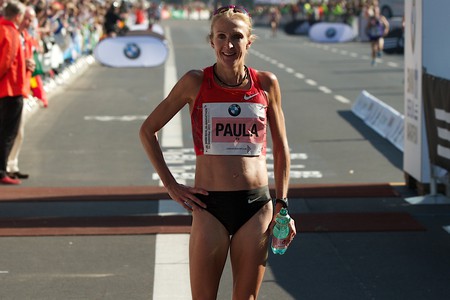 What isn’t difficult to imagine, given its prevalence in sport, is the issue of doping. Would females athletes use the IAAF ruling regarding testosterone levels to administer it to themselves synthetically?

All Semenya can do is continue to train and compete at the level she is permitted to. Although she has suffered a lot of abuse, she has also received a large amount of support, and been held up as an inspiration for intersex people.

The IOC, IAAF and any other governing body for that matter, will have to adapt their rules with every new piece of information they gather. Their handling of the situation in 2009 was insensitive and misguided, but their willingness to adjust is to be applauded and is something they have to continue to do.