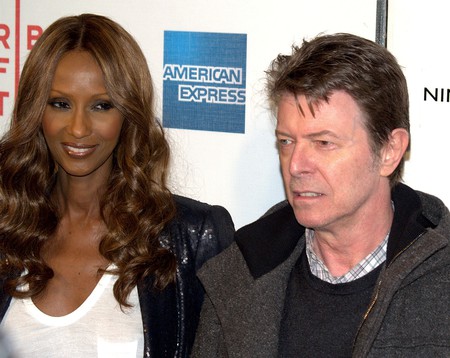 There is no doubt that David Bowie’s ‘Berlin years’ are times that he remembered fondly for helping him clean up his act and giving him the inspiration for some of his best work. In August, less than a year after his death, the city of Berlin honored the late singer with a memorial plaque, but it has been stolen and destroyed a mere three weeks after it was installed. 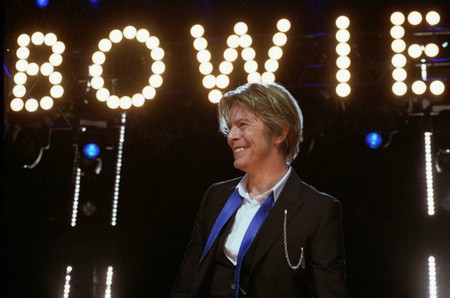 This comes as a harsh blow for fans, considering that many still feel sentimental about the iconic singer’s passing. Bowie meant so much to Berlin that the mayor, Michael Mueller, even saw to it that the city bypass the usual five-year waiting period for honoring a person with a plaque on public property, something that is particularly noteworthy in a place known for its antiquated and tedious administrative policies. 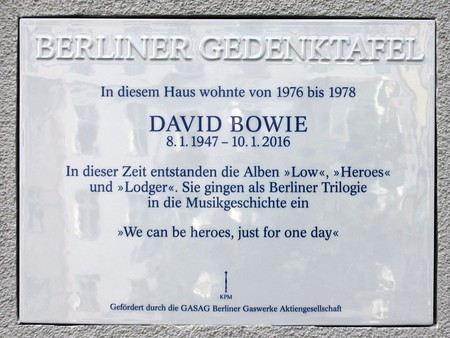 The plaque was inscribed with the famous quotes from his song ‘Heroes’: ‘We can be heroes just for one day,’ an ode to the fact that Bowie’s time here brought international attention to the injustices posed by the Wall, ultimately helping to bring it down. It was located on the front of Hauptstraße 155, the building where Bowie and Iggy Pop lived during their time in the city. 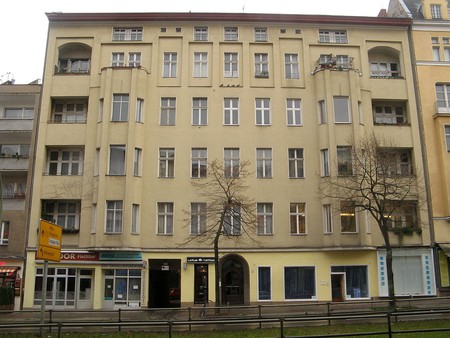 In light of the fact that the plaque’s installation was a highly publicized event, where news outlets touted that it was made from expensive white porcelain derived from bone china, it isn’t necessarily surprising that this information might fall into the wrong hands. The idea of stealing the unguarded plaque was likely enticing to some, as it was worth an estimated €3400. Yet, at least the notion that someone stole it in order to make some money seems like a reasonable explanation, particularly if one figures that perhaps the thief was someone who had fallen on hard times. In actuality, however, official reports state vandals senselessly destroyed the plaque and left the remains shattered on the sidewalk.

The perpetrators are still unknown. Luckily, the company who manufactured the plaque had the foresight to make multiple copies in case something like this were to happen.