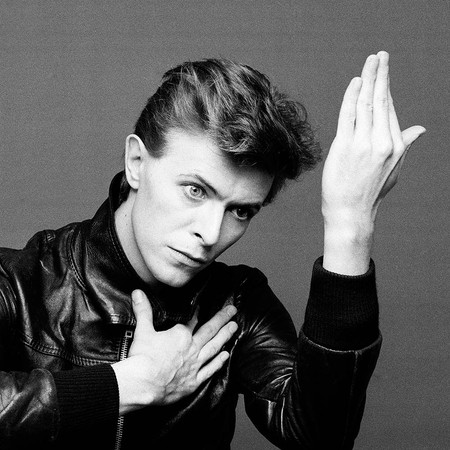 The late, great David Bowie once spent precious downtime in a divided late ’70s Berlin, escaping the cocaine-fueled lifestyle of Los Angeles that was consuming him. He took a much needed break, enjoying the city’s great culture, and soon began writing and recording some of his most renowned music. The three albums he added to his already impressive back catalogue were later dubbed the Berlin Trilogy. The albums express themes of loneliness and drug addiction, in addition to exploring the tense political climate of the time.

First single off the Low album, a catchy dance track with a simple melody and sporadic saxophones. Here the minimalistic lyrics take the background under the great instrumental work. Low is notable for its punchy drum production, later used and imitated countless times in the 80s electro pop scene.

The second single off the Low album, ‘Be My Wife’ is a melancholic rock track with jaunty pianos and soaring riffs. The lyrics portray feelings from David’s love life and themes of loneliness.

The title track from the album of the same name that became one of his most memorable moments. Guitarist Robert Fripp created an unusual sustained sound by altering the pitch of his guitars feedback and looping it, resulting in an uplifting guitar sound. Bowie’s 1987 performance of ‘Heroes’ at the German Reichstag in West Berlin was considered to be a catalyst for the eventual fall of the Berlin Wall. After Bowie’s death, even the German Foreign Office publicly thanked him for his contribution.

The Beauty and The Beast

“Thank God heaven left us standing on our feet”

The lyrics of this track are somewhat mysterious and open to interpretation. The above line most likely allures to Bowie’s relief at making it through his troublesome cocaine addiction in Los Angles in one piece. The title may describe the good and bad natures of a person going though an addiction, while some believe it refers to the communism-democracy split present in Berlin at that time.

“You are such a wonderful person, but you’ve got problems”

A solid example of Bowie’s use of electronic elements in his Berlin Trilogy, this song comes in under two minutes and contains a mere paragraph of lyrics, yet still manages to leave an impression. Itss guitars squeal over fiery drums and a funky bass line.

A soulful ballad off Lodger with characteristic bright pianos and a gloomy quality with bursts of optimism exhibited through Bowie’s vocals that have rarely sounded better.

“When you’re a boy, other boys check you out,
You get a girl, these are your favourite things”

Notable for the music video featuring an eccentric Bowie dancing on stage and later seen dressed in drag as the backing singers. A swaggering rock track from Lodger about the joys of being male, complete with a screeching guitar solo and sing-along lyrics.

A cynical swipe at disc jockeys and the culture around them, one again he was ahead of this time. Particularly relevant to modern Berlin in which dance music is thriving and the cult of the DJ is stronger than ever before. It is believed Bowie attempted to imitate the vocals of Talking Heads lead singer David Byrne.

Look Back in Anger

“Look back in anger
see it in my eyes”

Widely known to be an avid reader, Bowie shows his literary influences off in this single from Lodger. The title references John Osborne’s seminal play Look Back In Anger of the British ‘angry young men’ era, while the video pays tribute to Oscar Wilde’s The Picture of Dorian Gray, in which a self-portrait grows more attractive while the protagonist psychically decays. It also displays Bowie’s ongoing love of painting and possibly the madness he felt cooped up in a loft space in Berlin while recovering from addiction.