The Importance Of The Spätkauf, Germany's Convenience Stores 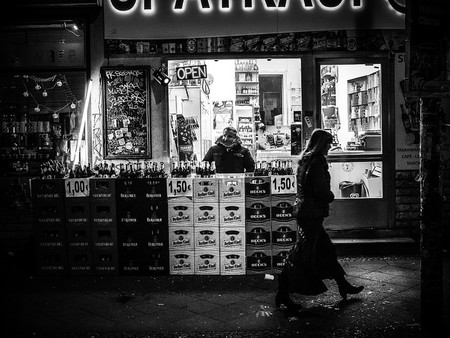 When describing particular lifestyle alterations to friends back home, people find themselves less bemused by some things as they become accustomed to Berlin. Now is a good time to think back to some of the cultural tweaks that were more noticeable after a year in the city. There’s one Berlin twist on an international mundanity that still sparks a glint in the eyes of foreigners to the city: the Spätkauf.

Readers will already be familiar with Spätikaufs, even if they don’t know it — it’s a convenience store, home of extremely out-of-date penny sweets that no longer cost a penny, the favorite Sunday pickup point for locals to collect their newspapers. Suddenly, a Späti seems more normal, but the savvy observer will notice the unique place these shops occupy in Berlin.

Spätkauf translates literally to ‘late purchase,’ which gestures toward the intentions regarding the services offered and the way that Berliners utilize these beloved convenience stores.

One of the typical features that allows the Späti to stand above and beyond other local shops is the seating area that welcomes people to grab what they need and take a rest. Whether they are angstily moving through the herds of commuters and shoppers combined on Karl-Marx-Straße or blissfully touring the less-adventured sunny streets of Charlottenburg, punters will find that the benches are an absolute necessity for well-invested Späti owners.

Späti drinking culture is fully endorsed within Berlin, and it is certainly not reserved for the laid-back older generations. Hipsters join locals to soak up the city, the sun, and the pilsner long into the night. For some, perching for a quick beer or two might be a pit stop on the way to experience a harder version of Berlin’s nightlife, whereas other occasions might encourage groups to spend a perfect, warm spring evening chatting, laughing, and drinking outside their closest Späti, with the comfort of knowing that their beds are merely two floors above when they feel the desire to retire. 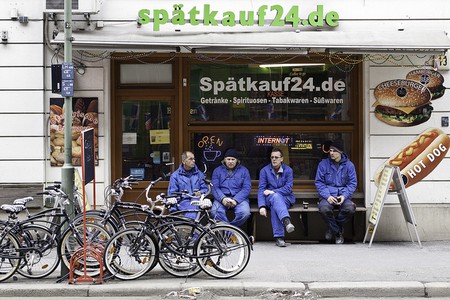 Spending your night sitting on the street until the sun rises might seem a little unappealing. However, the generally friendly nature of Berliners brings warmth and atmosphere to the packed streets that promotes a festival feel. Whether you’re spending a not-so-excessive €3.50 in a bar or the standard price of €0.90 or less for an ice cold bottled pilsner at the Späti, you’re going to be pleased with the results. But when everyone else is opting for the somehow more cultured, undervalued street-style alternative, it makes perfect sense to soak up the vibes of Berlin and its unassuming nature. In other cities, unfair judgement might be thrown toward the idea of taking to the unorganized ideals of drinking at a convenience store, but not in Berlin. Berlin is fair to its citizens and allows them all to bathe in the flattering dust of its streets. 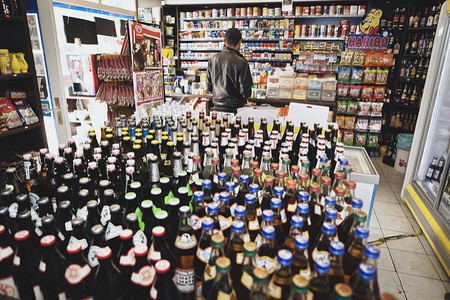 ©William Veder/Flickr
Give us feedback