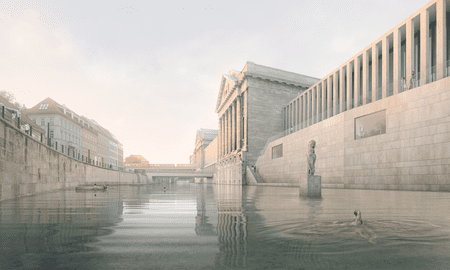 The Flussbad (‘river bath’) Project has an extraordinary vision for Berlin: to use an ecological filter to direct the flow of the water entering the Spree River into a Flussbad further downstream.

There is no doubt that Berlin is a magical city. The quality of life, together with its user-centric public spaces, art, design and affordability make it an urban oasis for those living here. They say you can’t have it all, though, and Berlin’s landlocked status is a drawback. There are plenty of lakes around Berlin, but it takes time and planning to make those trips. Then there’s the Spree River that runs through the city, but its murky waters are notoriously too toxic for human use. But what if that could be changed? The Flussbad Project aims to create a swimmable river, running right through the city. 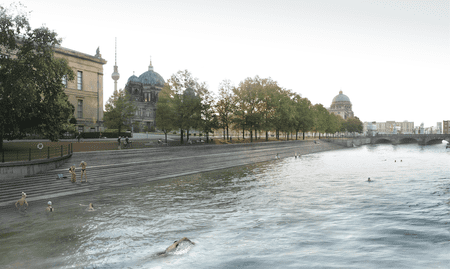 The team of architects and artists behind the project call themselves realities:united, and in 2014, they managed to gain the support of Germany’s Environmental Ministry as part of their National Urban Development Projects. They’ve also been enjoying extensive support from the public and the media. It is now estimated that in just a few years, people will be able to swim in the Spree near Museum Island in Mitte, right between the Humboldt Forum and the Bode Museum. 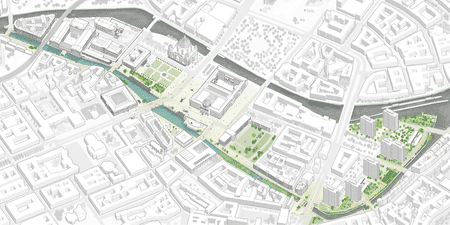 The vision of realities:united to clean up a part of the Spreewas conceived in 1998, and has since been included in plans for urban development. The ecological aspirations of the project have managed to capture the interest of federal-level experts, who are currently investigating the plausibility of using a plant filter to turn this vision into a sustainable reality. 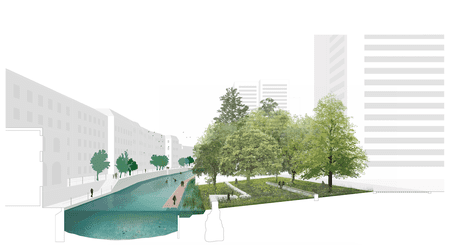 The Spree used to have a river pool near the Berlin City Palace. Due to increasingly poor hygiene conditions, the last dip was taken in 1925; it was then shut down and any open access to the water along the river was forbidden. Today, it is used as the discharge point for a number of different wastewater pathways. According to research undertaken by the project, if the Spree were not contaminated several times a year due to heavy rainfall causing Berlin’s sewage system to overflow, the river would be clean enough to swim in. 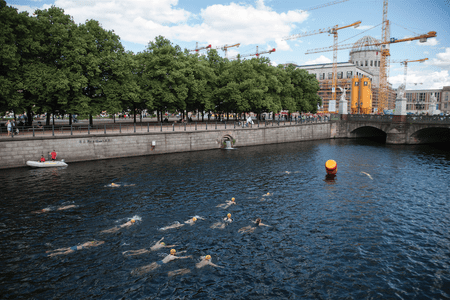 The Flussbad Project has been given many awards and grants since 2011, including the Gold Prize for the 2011 Holcim Award Europe, worth $100,000, and €2.6 million in funding from the Federal Ministry for Environment, Nature Conservation, Building and Atomic Security in 2014. It was also granted a further €1.4 million of backing from the Berlin Senate Department for Urban Development and the Environment. Will residents soon be swimming in a natural pool right in the heart of the city? Watch this space.