Breaking Down Barriers in Berlin: Refugees Let Visitors Explore the City Through Their Eyes 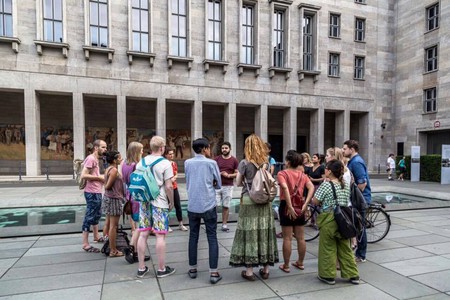 A unique Berlin tour group is giving a platform for refugees in the city. With refugees as guides, visitors are shown Berlin’s top sights from a different perspective, as the platform gives refugees a chance to connect their new home to the one left behind. Meet Refugee Voices Tours, the sightseeing experience breaking down barriers in Berlin.

In the summer of 2015, when an influx of refugees arrived in Europe, British-born and Berlin-based tour guide, Lorna Cannon noticed an increased interest in the refugee situation among her tour groups. Recognising the undoubtedly defining aspects of the humanitarian crisis both within and beyond her beloved city, Lorna understood the rising interest as headlines during this time were splashed daily with the words ‘refugee crisis.’ However, as someone who had been involved with refugees in her community for some time, Lorna decided that it was not her place to talk about what was happening in Europe. As many of the stories and events that were unfolding were not being told by people who were not living through it, this sparked the idea for Lorna to a provide platform to refugees, who are so often talked about but rarely listened to. 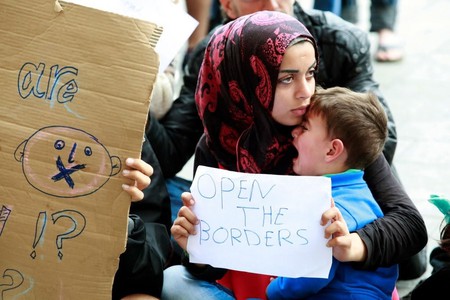 Lorna realised that friends of her living in Berlin as refugees had an important story to tell, and drawing on her own experience she decided to ask them to start doing walking tours as a way to tell their stories. After a few weeks, Refugee Voices Tours (RVT) was born, offering two Berlin-based tours coordinated and run by local refugee tour guides. 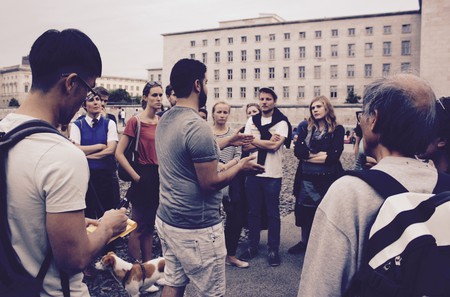 RVT offer two Berlin-based tours that give participants the chance to better understand the situation for refugees in Berlin. Their weekly tour titled ‘Why We Are Here,’ led by a Syrian refugee, explores Berlin’s central sights, tying the city’s tumultuous past with the current situation in Syria. Offering a chance to understand, first-hand, the situation in Syria and why it became too dangerous for many people to stay, this is a completely different tourist excursion. The tour can be experienced by visitors and locals, allowing them to see the city through some else’s eyes, ‘‘I’ve lived here for almost two years and this was such an eye-opening and impactful way to see the city,’’ explained Clare, a Berlin resident and tour participant. 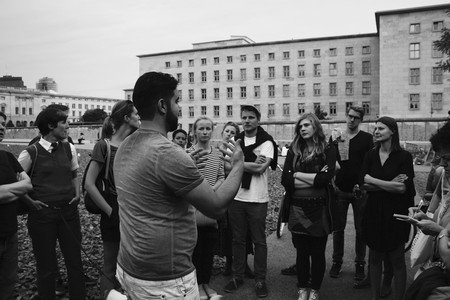 The second tour offered by RVT, available as a private tour, is titled ‘A Journey Through the Refugee Rights Movement.’ Starting in Oranienplatz, where Berlin’s refugee rights movement began in 2012, this tour gives participants an insight into those who shaped and sparkled the movement in the city and follows the journey of a Sudanese refugee fighting for his rights in Germany. Together the Berlin-based tours lend a platform for refugees to tell their stories in Berlin, while also give participants an opportunity to listen and learn with empathy. 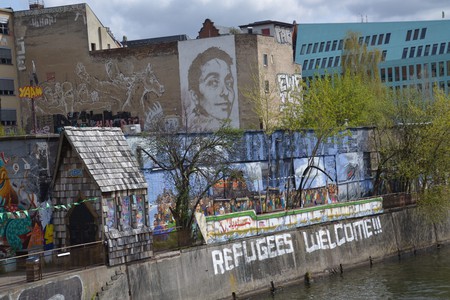 Since its inception, the unique tour group has grown from strength to strength, and in February 2016 a local tour guide from Copenhagen reached out to RVT Berlin, wanting to offer similar tours in the city. After several meetings and lots of liaising with the team, the Refugee Voices Tours expanded to Copenhagen and the first guided tours began in the summer of 2016. With an empowering and important platform, Refugee Voices Tours are breaking down barriers and truly living up to the sentiment that you can’t judge someone until you’ve walked a mile in their shoes.