A Look At Nomadic Brewers In Berlin 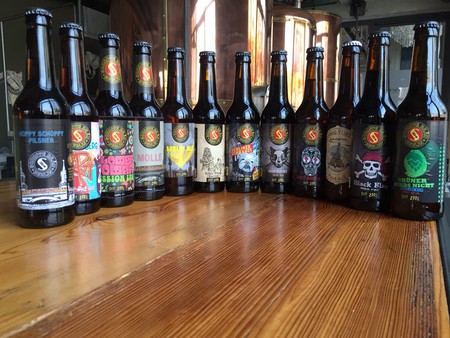 The craft beer scene is flourishing in Berlin and along with it come passionate brewers who have ingenious recipes for roasting, cooking and brewing one-of-a-kind crafts. While many of the brewers have set up cooking in their own establishments and have long left their home-brewing kits behind, there are some who just have a list of ingredients, a secret recipe, tons of passion and… that’s about it. Widely known as gypsy brewers, these craft-enthusiasts go about fermenting some other way.

Cliff of Berlin Craft Beer Experience Tour puts his feet down and says, ‘No, these are not gypsy brewers…’ and the foot-stomping has a point. You might hear the term gypsy brewers and think of gloriously tattooed hunks throwing kegs around, but these brewers are not gypsies. These are a bunch of local beer fanatics with craft passion but no breweries of their own. ‘So you see, they travel from one brewery to the other, borrowing the place and the equipment for a while. They are nomads.’ Some of the nomadic brewers camp out in a particular brewery and stay there for a while. They form loyalties and often their final brew ends up being served as a special or a guest beer on the brewery’s bar menu.

Christian ‘Lenny’ Lennartz of Lenny’s Artisanal Ales is one of these nomad brewers; he has whipped up his brews in breweries out and about Berlin for a year now and has made quite a reputation with his crafts. ‘Hops and Barley, Schoppe Bräu, Pfefferbräu…’ These are some of the ‘brew’ havens for Lenny in Berlin but his reputation precedes him. ‘I meet brewers from other cities in Germany in beerfests and they invite me over to brew.’ His latest creation, Belizean Chocolate Cherry Porter, was perfected in Schinkel’s Brauhaus in Witzenhausen and Lenny has it on tap in Kaschk, which specializes in craft beers in Berlin. The craft beer bar even hosted a one-year anniversary for Lenny where he did the honor of the tap-takeover with five of his brews. 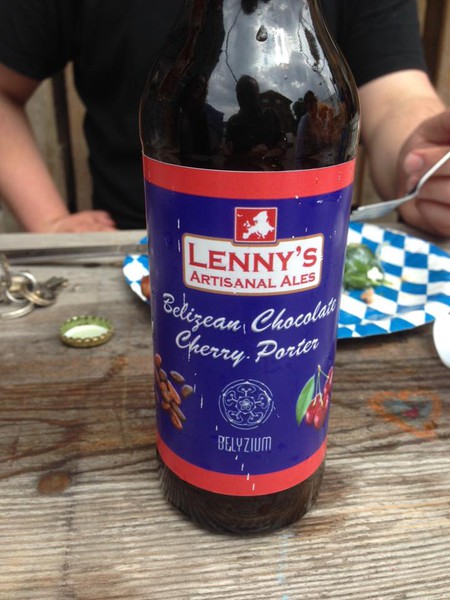 It might come as a surprise to learn that some of the more resonating names in Berlin’s craft beer scene are still technically ‘nomads’. Thorsten Schoppe of the Schoppe Bräu with his Flower Power and Flying Turtles is yet to have a brewery on his own because, as Lenny and Thorsten both point out, establishing a brewery is quite expensive and might take ages. Thorsten, for example, was stationed in Südstern Brauhaus before moving to Pfefferbräu. Meanwhile brewers cannot stop ‘keg’-ing around and have to go on fermenting, be it in a borrowed brewery or in their kitchen by means of rustic pots and pans. This was certainly true for Tiffany Herrington. Cliff calls her the ‘Queen of Craft’ in Berlin, although she’s a native of Seattle. Along with her husband Stefan, she founded Berlin Beer Week, a nine-day celebration of craft beer culture and community taking place in numerous craft bars, restaurants, and other locations in Berlin. 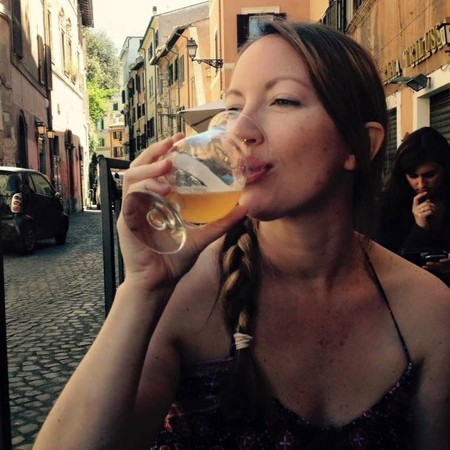 ‘Technically I had my first beer when I was five,’ Tiffany says laughing. ‘Took a sip from my parents’ can.’ She brewed her first beer as a teenager and called it ‘Passed-out Porter’, as she had managed to get high and fall asleep while cooking it. Later she put a degree in law, angry attorneys and stressed-out clients behind her and joined a local brewery in Seattle before moving to Berlin two years ago. Here she tended the bar in Monterey, another craft beer favorite spot in Berlin for some time. She met Stefan in a tap-takeover event and together they branded the Berlin Beer Week, when craft lovers gather and new names get a chance to showcase their brews.