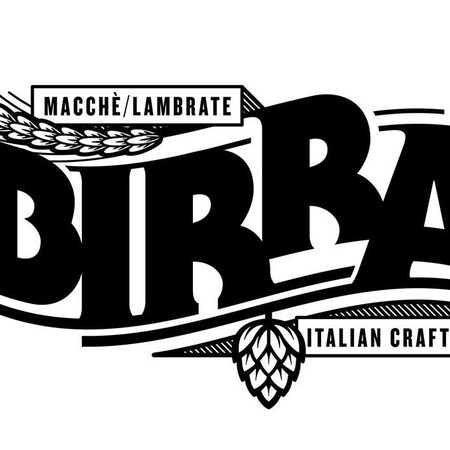 On April 28th craft beer company Birra held a press event on in Berlin Prenzlauer Berg and many of the attendees got their first craft beer with a dose of Italian passion, and a chance to meet founder Manuele Colonna. An inspirational brew-master, he is the owner of ‘Ma Che Siete Venuti A Fa’ affectionately dubbed Macchè in Rome.

Manuele could be regarded as one of the Italian craft beer forefathers along with Giampaolo Sangiorgi of Birrificio Lambrate in Milan. His catchphrase? Quanno moro vojo esse fermentato! or ‘When I die I want to be fermented!’ Manuele is now breaking into Berlin’s craft beer scene with Birra — a craft beer bar exclusively serving Italian craft beers.

Manuele had everyone sample six beers, one more than the intended five listed on the press event briefing. After Brighella, the nine-percent Belgian-style pale ale, everything became somewhat hazy in Birra. They have sixteen taps serving Italian crafts mostly from Lambrate brewery in Milan. “This is like a family”, Manuele said at the start of the press event. With his long salt-and-pepper ponytail and unshaven face, he looked a little out-of-place in the shiny new bar. Lambrate, with whom he has been in business since 1996, form this family. “We brew what we like to drink ourselves,” Manuele said, gesturing towards the copper tap heads, “We won’t sell what we won’t drink.”

Montestella, the Pilsner that was served at the beginning is one of Lambrate’s first-ever brews and they have had it on tap for almost twenty years now. “Giampaolo has even brewed a craft especially for me,” Manuele said. This is Macchèkeller. While Lambrate’s crafts make up most of the beers on tap, there have been several who were excluded shortly before the official opening of Birra. The crafts belonged to Leonardo Di Vincenzo’s Birra Del Borgo which was acquired by AB InBev, the so-called ‘evil’ empire of beer conglomerates and the world’s largest brewer. “I love Leonardo but I was having none of InBev in here,” Manuele frowned, “He is now probably sitting on a pile of money, counting it.” InBev has been on a shopping spree for a while now, swallowing one brewery after an other, mostly to eliminate the competition and secure its monopoly on the beer market. Manuele on the other hand has pioneered the rejection of European industrial brews, providing craft alternatives and cultivating a beer-drinking subculture. 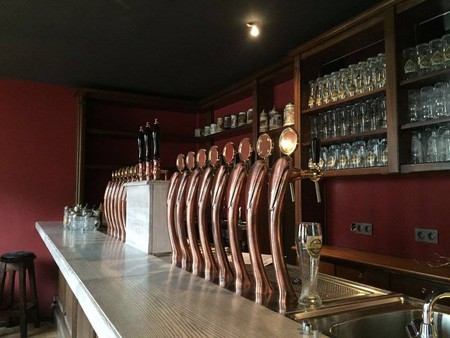 But then in Birra everything seemed so removed from InBev’s ‘cruel intentions’. The small family business rules. Daniele, who runs Birra in Manuele’s stead in Berlin asked, “Have you had the Bock yet?” There were no Bock beers on the now-scrambled beer list – Gaina was the IPA, Ghisa the smoked stout… “Don’t go anywhere!” He said and ran behind the bar. Two minutes later and there was a pint of Bock out for everyone and Daniele’s round smiley eyes were gleaming. He is also family. He has just flown in from Melbourne to tend to the bar in Birra. “I arrived in Berlin from Australia on Tuesday.” Daniele said. “I just wanted to be back with the family.” He had called a friend from Melbourne and a couple of minutes later, he had been told to pack his things and go. Destination: Berlin. And two days later, he is sitting in the dimly lit bar asking people what their favorite beer is. The Panke Gold lager in Eschenbräu with its almost pineapple-y notes? “Wrong!” The round eyes said; “It is whatever you like to drink.” 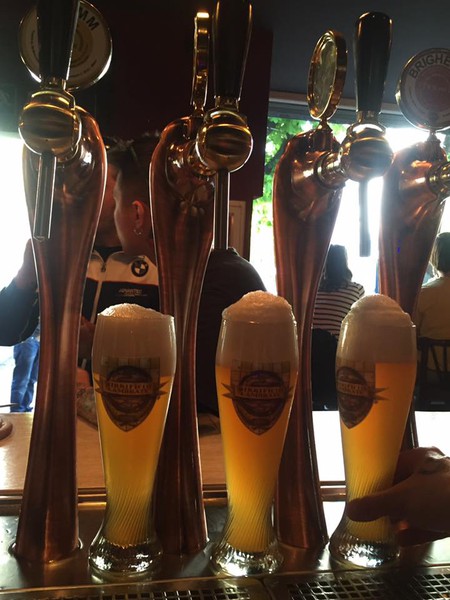 Drinkability. This is Birra’s motto. Daniele was fidgeting behind the bar all the way through the press event. “Stop talking! Start drinking!” And in Birra, you can match the Italian crafts with wonderful Italian cheese and cold cuts served on a platter. Alfonso who runs Manuele’s ‘Bir and Fud‘ trastevere in Rome has hand-picked everything from Piemonte, Liguria, and Puglia. “But we will have more from other regions in the future.” He added.

April 30th was the official opening of Birra in Berlin’s Prenzlauer Berg. Italians, ‘friends and family’ flew in from Rome and Milan to be there. The side walk was swarming and the chants of ‘BEVO BEVO BEVO BEVOOOO UBRIACO SON FELICE ANCHE SE POI VOMITO’ broke every few minutes. Even the notoriously hard-to-reach Thorsten Schoppe of Schoppe Bräu was there. There is something different about Birra and Manuele knows it. He has come to the land of beer and has brought the Italian passion into Berlin’s flourishing craft beer scene. Settling takes time but until then, let them drink.