The Best New Series on US Netflix Is 'Babylon Berlin' 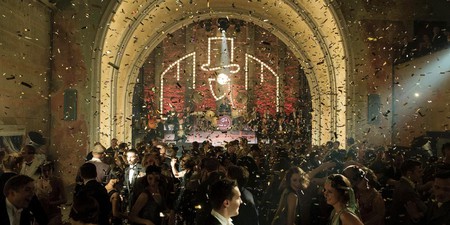 An epic portrait of Weimar Germany—its canvas thick with decadence, perversion, crime, and political skulduggery—Netflix’s 16-part import Babylon Berlin is much more of a landmark television series than anything else the streamer has offered in months.

The most expensive production in German TV history, Babylon Berlin is a tumultuous panorama of history on the move. It was adapted from Volker Kutscher’s Weimar novels and directed by Tom Tykwer (Run Lola Run (1998)), Hendrik Handloegten and Achim von Borries, whose biggest decision may have concerned what tone to adopt.

Enfolding a political struggle that leads to horrific street battles between Communist workers and the police, the decadence of Berlin nightlife, scenes of extreme poverty, and the suspense of an espionage thriller joined to a potential romance, Babylon Berlin could not afford to be mired in solemnity on one hand or irreverence on the other. 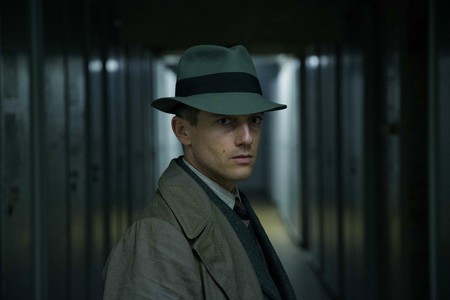 It had to be more accessible than Rainer Werner Fassbinder’s experimental 14-part Berlin Alexanderplatz (1980) and more immediate than Edgar Reitz’s moody and romantic Heimat (1984–2013), which stretches to 32 films. In the end, the filmmakers settled on a breezy observational style that is neither emotionally manipulative nor ironic. The viewer can make what they want of the debauchery—no moral judgement is imposed.

At one point, the hero, Special Investigator Gereon Rath (Volker Bruch), stumbles on a screening room where a producer is watching Marlene Dietrich’s screen test for Josef von Sternberg’s The Blue Angel (1930). Dietrich’s awe-inspiring presence is a reminder that the pursuit of sex is one of the absurdest of human activities.

Visually, there’s a touch of comic-book quality about the succession of heightened incidents, which barely allow the audience to draw breath. Police raid a studio where pornographic movies (one involving young boys) are being made. A Trotskyist cadre hijacks a Russian freight train bound for Berlin and attach a truck full of gold. Svetlana Sorokina (Severija Janušauskaitė), a cabaret performer in Dietrich drag, turns her act into an early rock concert that inspires audience line dancing—did that really happen in Weimar Germany? 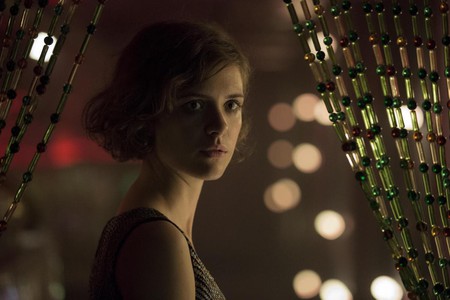 There’s an artificial equality to these scenes occasionally reminiscent of Volker Schlöndorff’s The Tin Drum (1979) and Fassbinder’s Lili Marleen (1981), though Babylon Berlin is inevitably more televisual. Less artificial is the Dickensian depiction of squalor in which the heroine, Charlotte Ritter (Liv Lisa Fries), lives with her ailing mother, grandfather, sister and vile brother-in-law, and many younger siblings.

Cumulatively, the series builds a picture of chaos. All that grounds it is the daily traffic of office workers rushing to and fro on Alexanderplatz—life goes on despite the sense that Berlin is standing on a precipice.

When Gereon and Charlotte kick up their heels at a gay nightclub, they are not simply bonding but actively participating in Weimar hedonism. They are not tangential to history—they are two of its components. 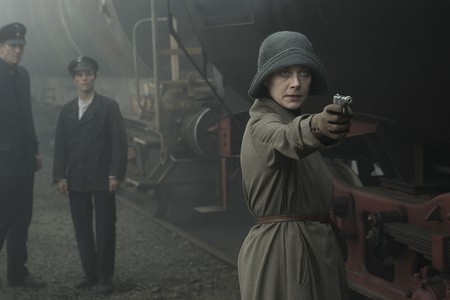 And each is compromised by history. Gereon—who has been sent to Berlin to extricate Cologne’s mayor from blackmail—fought on the Siegfried Line during World War. He suffers PTSD and takes shots of morphine, carried in phials in his pocket, when he gets the shakes; he and Charlotte meet cute in a men’s toilet cubicle when he is having a fit.

Will she betray him?

Babylon Berlin is major-event television and a satisfying binge watch. If it is less than gripping that is because Tykwer, Handloegten, and Borries cooly distance us from the action. How immersive one finds the series depends on how much one empathizes with Gereon and Charlotte, who may be components in history but are also protagonists in a vision of pre-Nazi Berlin that’s part Fassbinder, part Max Beckmann. The reality, for most, was probably much harsher.