The Best Hostels in Berlin, Germany 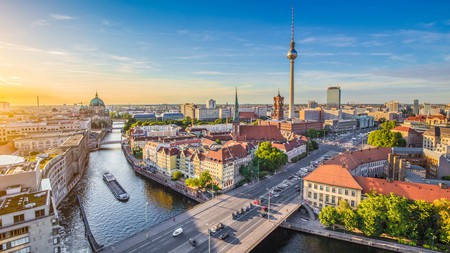 Rich in culture, history and art, Berlin also boasts some of the best nightlife in the world. These hostels in the German capital combine a convenient location with chic design and a friendly atmosphere. 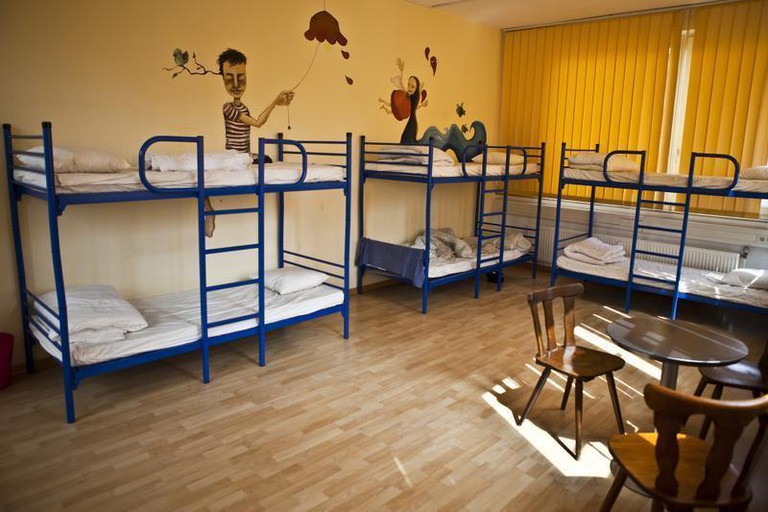 Comebackpackers was created by travellers, for travellers. Located in the heart of Berlin’s most vibrant neighbourhood, Kreuzberg, directly at Kottbusser Tor, guests are well placed to access some of the city’s best nightlife haunts, trendy bars and cheap cafés. The hostel offers simple but spacious dorms for six or 16 people, a well-equipped kitchen and an inviting common area furnished with cosy sofas. 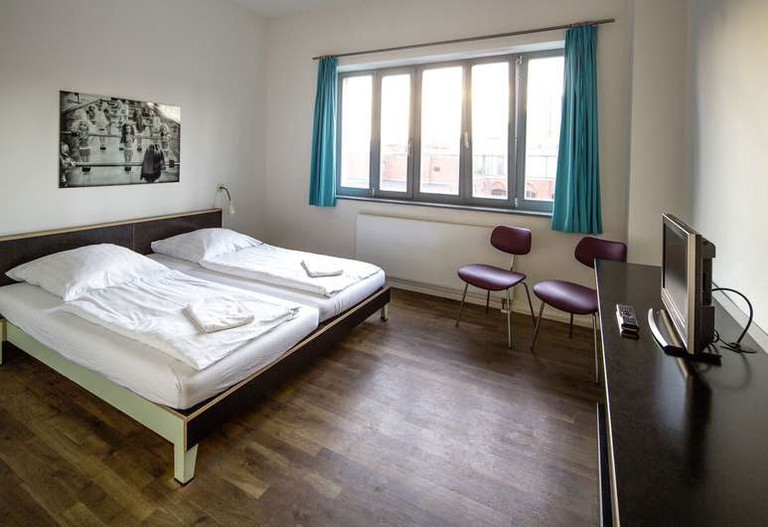 Courtesy of Pfefferbett Hostel / Hostelworld
Set within a former brewery complex, Pfefferbett Hostel is set in the trendy Prenzlauer Berg district of central Berlin, with plentiful bars, cafés and music venues a stone’s throw away and excellent transport links via the U-Bahn. Beyond the stylish single, double and dorm rooms – expect sleek white furniture and exposed brick – Pfefferbett Hostel has a 24-hour bar and a charming inner courtyard where fellow backpackers can hang out. 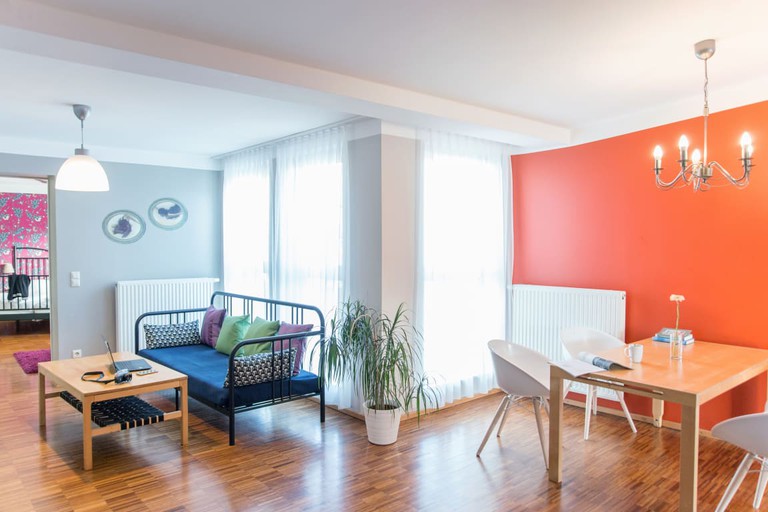 Courtesy of Circus Hostel / Hostelworld
Encompassing a variety of accommodation needs, the Circus group offers apartments, a hotel and hostel. Thanks to a convenient location near Rosenthaler Platz in the Mitte neighbourhood, guests are placed close to many of Berlin’s top attractions. The Circus Hostel boasts a basement brewery, a lively bar and over nine types of rooms ranging from dorms to studio apartments. As its name suggests, the hostel’s interior has a colourful palette, with circus-themed art and graphic design, conducive to a fun atmosphere.

Floating on the River Spree, between Friedrichshain and Kreuzberg, Eastern & Western Comfort Hostelboats puts guests in the heart of creative Berlin. On the doorstep of the East Side Gallery, the Landwehr Canal and the Molecule Man art installation, this boat-hostel houses 25 cabins (ranging from tents on the deck, to dorm rooms to first-class cabins) and a trendy bar. A generous breakfast buffet is provided for an additional fee, while bike rental is also on offer. 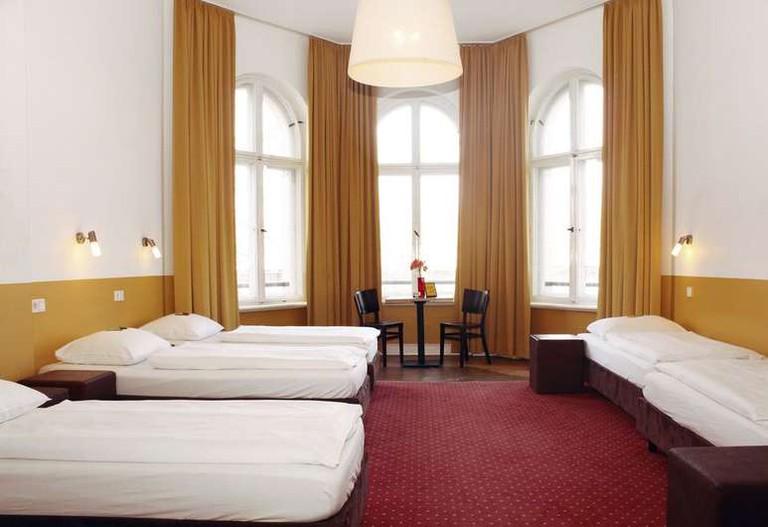 Courtesy of Grand Hostel Berlin Classic / Hotels.com
Set in Kreuzberg, within easy reach of Berlin must-see spots like Checkpoint Charlie, Prinzessinnengarten, the Jewish Museum and Berlinische Galerie, Grand Hostel Berlin is housed in a historic building dating back to 1874. Many of the rooms offer a touch of historic majesty, with the interior mixing historical details with modern finishes. The hostel also has a lively bar that promises cheap drinks, a young crowd and fun nights, making this the perfect spot for party-hungry travellers who also want easy access to the city’s key sights. 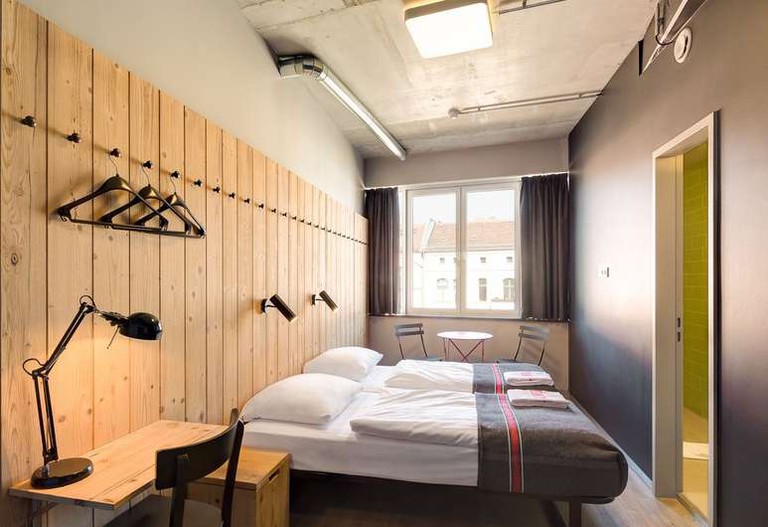 Courtesy of Generator Berlin Mitte / Hotels.com
Generator Hostels are one of the most well-reputed hostel chains in Europe, and with good reason. They have two locations in Berlin: one in Mitte and another in Prenzlauer Berg. Generator Berlin Mitte is situated very close to Museum Island (home to five world-class museums), while the branch in Prenzlauer Berg is set within a former East Berlin apartment block in a leafy area close to Berlin’s oldest public park, Volkspark Friedrichshain. Both hostels pride themselves on chic yet practical design and offer a great social environment, complete with a bar and well-appointed common areas. 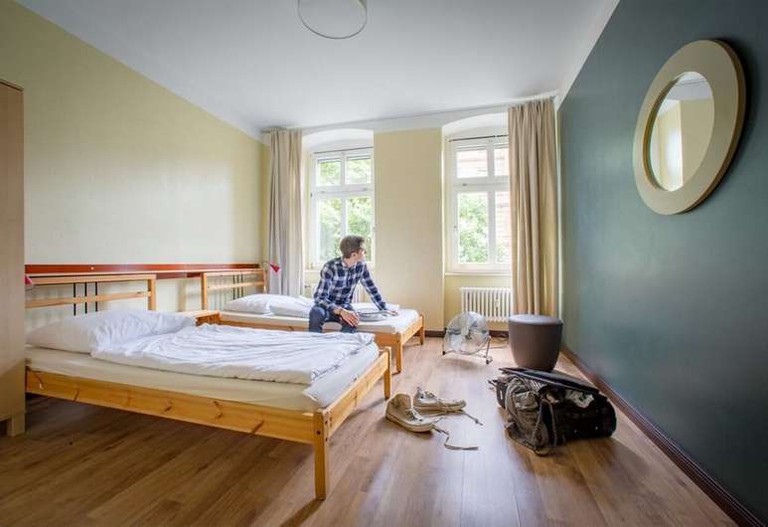 Courtesy of EastSeven Hostel Berlin / Hotels.com
EastSeven Hostel Berlin is located in Prenzlauer Berg’s trendy but not overly hectic Kollwitzkiez area. Situated close to Mauerpark (with its excellent flea market), Rosenthaler Platz and Hackescher Markt, this hostel offers a range of shared accommodations and private rooms. The rooms are homier than most hostels, with timber floors and plenty of light. The hostel also has a beautiful garden courtyard, and a range of organised activities from pub crawls to walking tours.
Give us feedback