The Best Rock Venues In Berlin

Bi Nuee in Berlin | Courtesy of Bi Nuu
Berlin has a rich history with rock music, with links to everyone from U2 to Rammstein, Bowie to the Beatsteaks. Naturally, the city has a plethora of venues in which you can see bands play live. But what makes a good rock venue? It should have great sound, it shouldn’t be too polished or too corporate (sorry, Mercedes-Benz Arena), and it should put on great bands. Luckily, there are several in Germany’s capital that get it just right. Here’s our pick of the best rock venues in Berlin.
H2O performing at Lido, a converted 50s cinema Courtesy of Lido Berlin

Cinema
The outside view of Lido, Berlin | The outside view of Lido, Berlin
Lido is a converted 1950s cinema, and has been open in its current guise as a gig venue since 2006. Its distinctive main hall – complete with giant mirrorball – offers excellent sound and affords a good view from most vantage points. Some of its best shows from the past few months include The Julie Ruin, The Bronx, and former Drive-By Trucker Jason Isbell.
More Info
Open In Google Maps
Cuvrystraße, Bezirk Friedrichshain-Kreuzberg Berlin, Berlin, 10997, Germany
Visit website
Visit Facebook page

Bar, Fusion
Grab a beer at Kulturhaus Astra's private 'biergarten' | © Ullstein Bild / GettyImages
For larger international bands, Astra Kulturhaus is your best bet. The venue dates back to the 1950s, but its program is certainly contemporary, with upcoming shows from the likes of Twenty-One Pilots as well as established acts such as Skunk Anansie. Shows do tend to sell out in advance, so make sure to get your tickets early.
More Info
Open In Google Maps
99 Revaler Straße, Bezirk Friedrichshain-Kreuzberg Berlin, Berlin, 10245, Germany
+493020056767
Visit website
Visit Facebook page

This unassuming venue on Oranienstraße is to Berlin what CBGBs was to New York – back in the ’70s it reportedly counted David Bowie and Iggy Pop among its clientele. These days SO36 remains true to its punk roots, with upcoming shows from the likes of UK Subs, Sick Of It All, and Baroness.

The recently-revamped Musik & Frieden (music and peace) sits in the space formerly occupied by the Magnet Club and the Comet Club. It officially reopened at the end of 2015, with three concert rooms and the enchanting Baumhaus bar for acoustic gigs. Since reopening, the venue team has set to work putting together a stellar program of gigs for the next few months, including Tonight Alive, Tesseract, and Neck Deep. 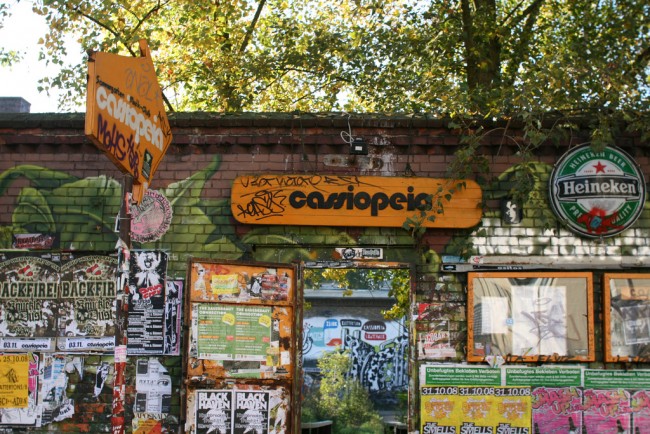 Cassiopeia puts on a treasure trove of punk, alternative, and hardcore gigs amid its program of club nights. It’s in the RAW Gelände just off Revalerstraße, and the venue itself can be found in a basement between a climbing wall and a skate hall. The sound is great, and there’s a leafy beer garden outside, so in summer you can watch climbers scale the Kletterturm while you enjoy a pre-show beer. 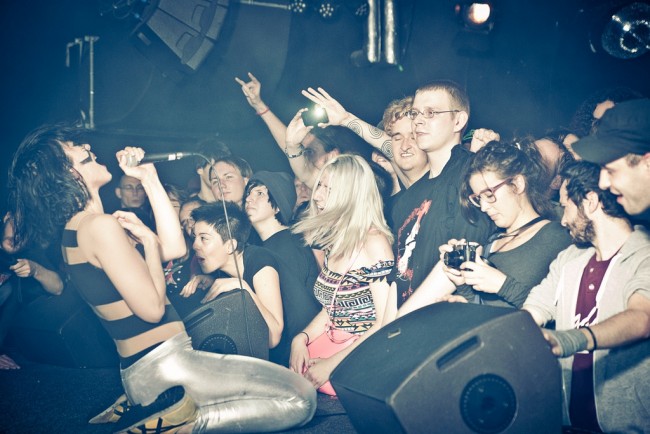 Nightclub, Beer, German
It's a special rock show that takes place in the middle of a forest | © Gryffindor/WikiCommons
A smaller venue tucked away under Schlesisches Tor U-bahn station, Bi Nuu is a great place to catch more underground and upcoming bands. Its high ceilings and arched windows give it a distinctive atmosphere and the sound is always spot-on. It’s recently played host to the likes of Slaves and Atari Teenage Riot, and future shows include The Temperance Movement and Escape The Fate. Don’t miss the chance to see next year’s big things now, by keeping an eye on www.binuu.de.
More Info
Open In Google Maps
Bezirk Friedrichshain-Kreuzberg Berlin, Berlin, 10997, Germany
+493061654455
Visit website

Forest, Theater
Waldbühne deserves a mention here because of its unusual – almost magical – setting in the middle of a forest. It plays host to an older guard of rockers – this summer both Iron Maiden and Black Sabbath will grace its stage.
This is just a selection of Berlin’s rock venues, and music fans should also check out listings for Huxleys Neue Welt, C-Club/Colombiahalle, Tempodrom, Postbahnhof, and the Mercedes-Benz Arena.
More Info
Open In Google Maps
Berlin, Germany